We’re continuing with the discussion of karma. We talked about the ten non-virtues. So let’s talk a little bit about the ten virtues.

First of all, just NOT doing one of the non-virtuous actions itself is doing a virtuous action. So if there’s an opportunity to kill or to speak harsh words or to blame somebody or whatever it is, and you stop yourself, then that already is a virtuous action. And so here’s the benefit of taking and keeping precepts, which is when you have a precept you make a firm determination not to do certain actions and so every moment that you are NOT doing that action (you are consciously abandoning that action) then you are accumulating virtue in your mindstream, you’re accumulating merit. So that’s why there’s a big difference between two people sitting in the room, one with with a precept, let’s say, not to steal, and the other one not. Both people may not be stealing right now, but the person with the precept is accumulating virtue just by sitting there because they are actively not stealing, whereas the other person is not, so there’s no accumulation of virtue for them.

Taking and keeping precepts is very good in this regard. And then of course when there are situations that come up where you could act in a negative way and you kind of restrain yourself because you have respect and concern about the law of karma and its functionings and the results that you experience, and also because you don’t want to harm others, then just that restraint itself is a virtuous action.

So, purifying and also creating merit, very very important. And especially if you feel like you’re practice is just kind of blah, you know, kind of a little bit dry and your mind’s bored or whatever, then it’s very good to emphasize purification and accumulation of merit moreso at those times. Because by doing that it kind of works with your mind in that way to pull you out of that feeling of duuuhhh-ness. Get you back on track. 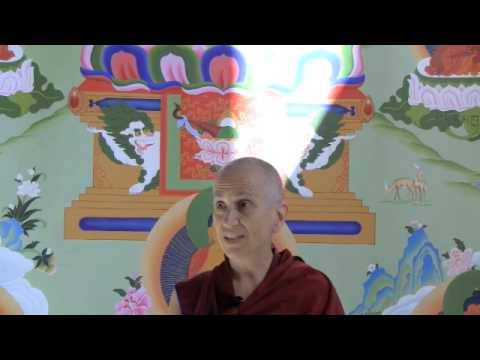 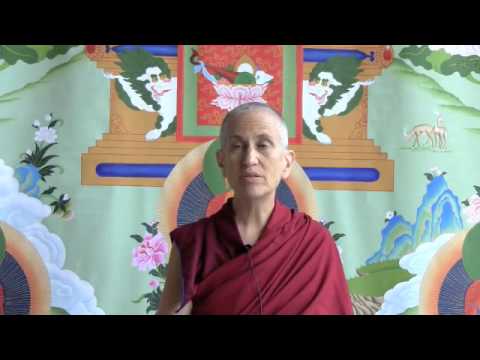 Physical and verbal pathways of virtue