So we’re in the middle of talking about the ten non-virtues. And we covered the three of body, and we talked about lying. And then the next one is causing disharmony with our speech.

So that is telling this person what that person said in order to create friction between them. So what you say can be true or it can be false. If it’s false it’s also lying. But even if it’s true, if you say it with the intention of splitting these people up then it becomes very destructive.

This happens in workplaces a lot. And it can be we’re jealous of somebody else and so we want the promotion, or we want the praise, or we think we should get the recognition and not them, so we tell bad stories about the person that we’re jealous of in the hopes that people won’t like that person and will think badly of them, maybe even fire them. And then we’ll get the position, or we’ll get the promotion.

It can happen in relationships a lot. You marry into a family and then you’re jealous of one of the relatives because they have more influence over your spouse than you do, or than you think you do, and so you try and split up your spouse from the rest of their family. Or the rest of the family tries to split your spouse up from you. This kind of thing happens.

It’s whenever people make factions and try and get other people on their side. It can even happen in a Dharma center. Jealous of somebody else, want more power, more control, want to look like a better Dharma student, want a better reputation, so you put somebody else down or tell their faults, or whatever.

And so that’s why, in our precepts, one of the serious precepts is accusing somebody of a defeat—a parajika—accusing them of breaking their root precepts (which is quite serious) but you’re doing it just because you want to trash the person and create disharmony, and so on. So it’s quite a serious thing, you know, kind of making unfounded accusations with the intention to divide people.

It can even happen if we get into a quarrel or something with somebody else, and we go tell our friends, and we want our friends to side with us against the other person. Because that’s what friends are for, you know? If you don’t side with me, why are you my friend? [Laughter] So then we go to our friend and say, “Blah blah blah, this person, you side with me, right? Right. Good.” Now we both turn and we aim our guns at this person. And it may look like, well, we’re just sharing our troubles, or venting, but actually in our mind, “I want somebody on my side against that person.”

It’s fine to go to other people when we need to talk about our problem, but we should always say, “I’m coming to talk to you because I have a problem with anger. I’m not saying any of this about the other person is the reality of who they are. But I want to talk with you because I need help working on my anger.” Okay? And so to present it that way.

Otherwise we’re doing what we did in sixth grade. Remember that? Get everybody on our side, then go on the playground and trash somebody else. And then everybody else bans together and trashes us.

So let’s graduate from sixth grade. It’s about time. So instead of using our speech to create disharmony, to use it to repair relationships, and to deepen relationships that other parties have with each other, and create harmony amongst human beings. 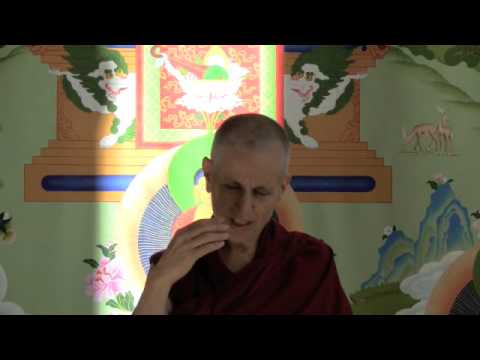 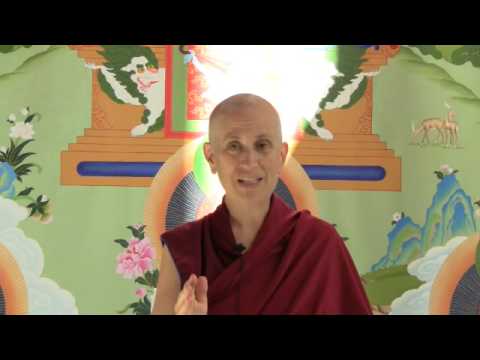