We’re going to continue talking about things to think about when you’re doing the refuge ngöndro. A little bit about ngöndro. These are preliminary practices for a three-year retreat. There are sometimes four or five or nine of them listed. Taking refuge is one of them. These are practices that people traditionally do before they will do a longer retreat. It’s not a requirement, but it’s very helpful to do this. For your practice of taking refuge on a daily basis, because we take refuge before we do all of our meditation sessions, if you know all these different things about the qualities of the Three Jewels, the reasons for taking refuge, things to contemplate, then that will enhance your practice when you say the refuge at the beginning of all the sadhanas. I’m going into more depth in this one aspect of the practice; I don’t want people to get confused about where we are and what we’re doing.

Some other things to think about when you’re taking refuge. Is there is anything you feel uncomfortable about in taking refuge? Are there any doubts that you have and, if so, bring them out in the open, ask questions, explore them, and resolve them. Buddhism is not about faith without investigation, so don’t just stuff your doubts down and say, “Oh, I’m bad for having them.” Look at them and get answers for them. Of course, if there’s this kind of mind that’s skeptical and doubting for the sake of being skeptical and doubting, and this mind that disturbs you with doubt even though you’ve thought about something very clearly and you have a clear response and understanding, but the mind just likes to go “Nya, nya, nya, nya…” If that happens, with that kind of doubt, just turn your mind away from that and recall the reasons why that doubt is invalid. That kind of doubt you don’t need to give much energy to because it doesn’t want to listen to anything. It just wants to interfere with your mental peace. But genuine questions, definitely be curious about it and ask.

Also think about how you feel about religion and religious values that you were taught when you were young and what was your religious upbringing? What were you taught as an object of refuge then, how has that changed to your new object of refuge now? If you have any uncomfortable feelings about your religion that you grew up with, those of you who are new converts to Buddhism, then go back and make peace with that because there are good values in each and every religion. You may be taking refuge in Buddha, Dharma, and Sangha, but don’t do it with this negative feeling towards other religions. Do it with appreciation of the values that you grew up with, even though there are some tenets of other religions that you may have decided that you don’t believe in. You cannot believe in those tenets, so you have decided not to follow that religion, but you don’t need to have a negative or an angry attitude—that’s the point there.

Also think about if you feel comfortable calling yourself a Buddhist and talking about your Buddhist practice to people. At this conference I just went to, it’s amazing the number of people who do not want to say that they’re Buddhist. They’re willing to say, “I practice Buddhism, I study Buddhism,” or “I go to a Buddhist center,” but they don’t want to say, “I’m Buddhist.” This may come for a whole variety of reasons. Part of it is that some people are just fed up with institutional religion and they think that any “ist” or “ism” means that you’re part of an institution. Whereas actually, when we say that we are Buddhist, it just means we’re following the Buddha’s teachings. We don’t have to join a church or a club or a hold on to a certain catechism or something like that. Just see inside yourself, what your comfort level is and if something is uncomfortable about saying, “I’m a Buddhist” or if you’re a closet Buddhist, you don’t want anybody to know that you’re a Buddhist because they might judge you then, it’s an interesting thing to explore. Why are we so secretive, why do we feel so uncomfortable? Why not be comfortable with what we are? It’s one of the world’s major religions and if other people don’t know that, it’s time that they learned.

Contemplate how does taking refuge change your attitude and your behavior in daily life? How does it really inspire you to practice, because when we take refuge, it directs our mind to a certain practice, a certain way of living. Really think about how that works and how you can use it.

I must say that anytime I come back from any kind of Buddhist conference, my faith in Buddhadharma—in the Buddha, Dharma, and Sangha—has increased. My appreciation of the Buddha as a skillful teacher who teaches a variety of methods increases and my confidence in the particular tradition I practice also increases. 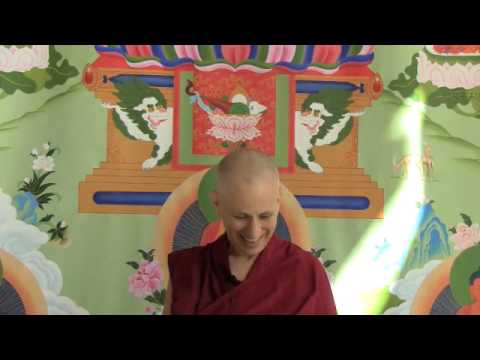 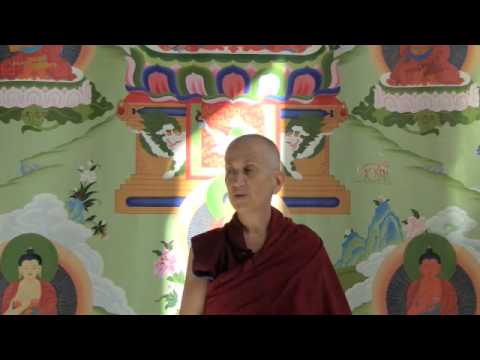