“May I sever the stream of the lower forms of life for all beings.”
This is the prayer of the bodhisattva when going downhill.

This issue of being born in the lower realms is something that’s pretty important for us if we want to practice the bodhisattva path as a well as for other beings if they just want to be happy and even in Samsara. And if they also want to practice the path, this issue of preventing lower rebirth is a very, very important one so I’ll talk about that some more tomorrow too because it can be a very good motivator for us when our practice gets slack, when we’re not keeping our precepts well, when we think “Whatever, it just doesn’t matter,” then contemplating the lower realms can be very, very helpful. So we’ll talk about that more. 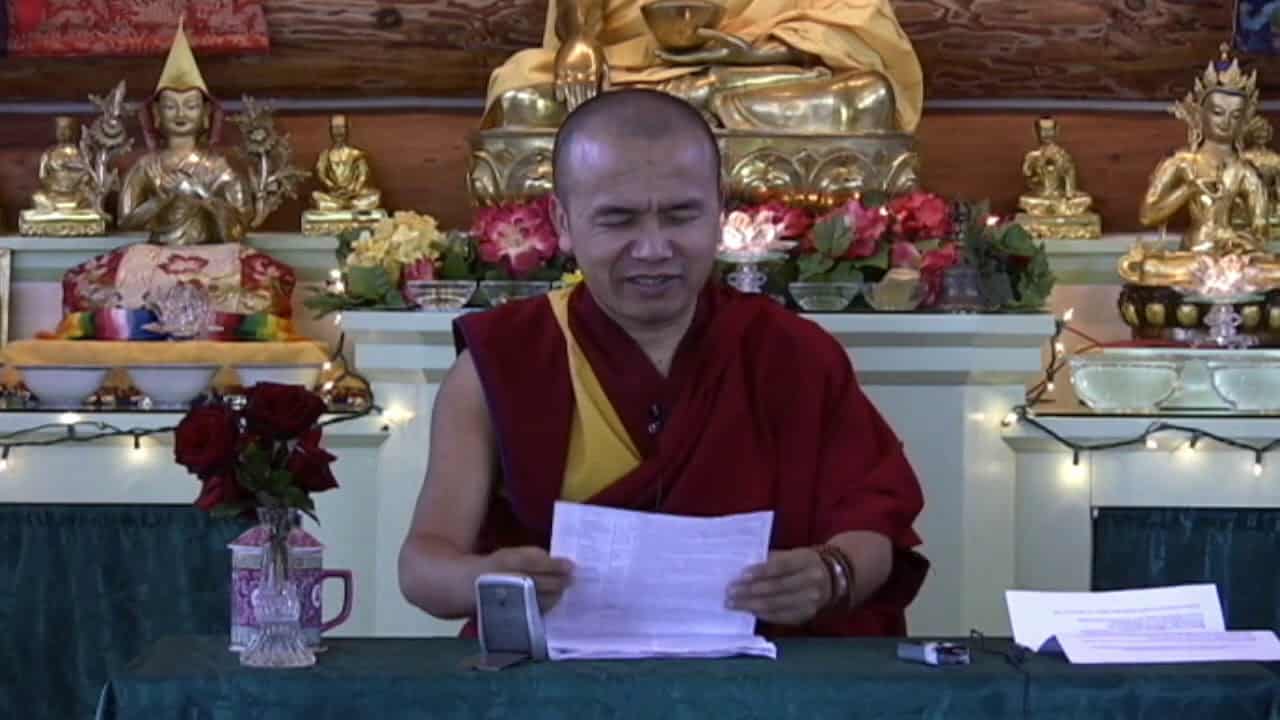 Mental states and objects of knowledge