I left home in my early teens to find myself. I traveled from my home of Springfield, Missouri, to New York, Boston, Los Angeles and everywhere in between. I studied theology from various major religions during my travels. I prayed to Jesus, Mary, Moses, God, Muhammad, Allah, Krishna and went as far as praying to the infamous Lucifer. I didn’t know what I was looking for at the time. I only knew it was something I would understand when I found it. I dabbled in drugs of every category for a few years but was not satisfied in my soul. I tried different forms of sexuality (heterosexual, bi-, homosexual) to appease that inner conflict that had been in my heart from childhood. All was to no avail.

During a visit to my mother’s house in Springfield, she says to me, “No matter where you go, there you are.” It had the most profound effect on me and still does. Not long after, I settled back in my hometown to just be me (I still didn’t have a clue who that was). I tried so hard to be anything at all. So, I settled for a petty drug pusher. It lasted a couple of years until I sold to the cops. “Damn war on drugs,” I thought.

Now I sit in prison, I was given 10 years in 2001. It’s been 3 years since I became celibate and drug free (I relapsed from time to time). But I have found myself. Only when I stopped searching and stopped trying to find myself did my true nature emerge. Now when I feel sadness it’s not for what I lost when I came to prison. It’s for the loved ones that have to be alone, those that depend on me for love. It’s for the children without parents and without enough food. It’s for the bully who will never know true peace. It’s for the oppressed people of the world; it’s for those that shed tears of suffering.

Being a Buddhist in prison is hard for me. There are times that I want to smash people’s faces in for things they say and do, but then I tell myself to just accept them for who they are. I try to understand their suffering and pain. I try to see things from their point of view. And sometimes when I see the world from their point of view I feel this great sadness, and compassion overwhelms the need to smash them.

A guy stole my address book and wrote down all of my people’s addresses. I found out, and it took all I could muster not to put my knee into the side of his skull. I got a cell change done about an hour after I found that out. After I had moved, a thought crossed my mind. That guy must be very lonely. I thought about what it must be like to be all alone in the world, not just in the world but also in prison. I still feel sad when I think of it. I didn’t get much support for my decision not to react violently but then again, I don’t need votes of confidence to do what is right anymore.

The moral of this long and drawn out story is:

I would like to thank A. K. for the Buddhist books he gave me in 2001 that set me on the path to true freedom. 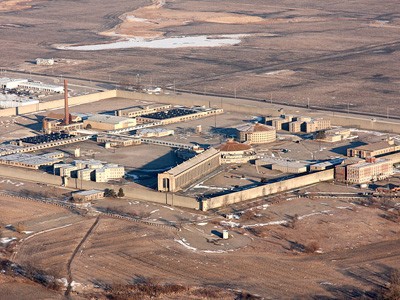