I have been invited (and likely expected) to contribute something to Inside Dharma, a Buddhist prison newsletter, for some months now. Often, while sitting, and at other times, the thought of doing so has arisen. I have composed lengthy paragraphs at times before catching myself and refocusing on my breath. Nevertheless, I am new to the Dharma, new to Zen, new to Buddhism, new to the ancient descriptions of my own petty foibles, follies and frustrations—things which, in their accuracy, are shocking to behold. Things I am learning how to behold. Things I am simply unqualified to expound on. 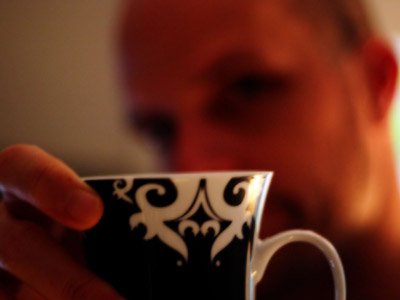 Was the officer wrong to write me up? Was I wrong for wanting a cup of coffee? (Photo by Michael Verhoef)

In Empty Cloud: The Teachings of Xu Yun, the koan is asked: “Who is it that now says the Buddha’s name?” Until I can answer such a question, I shall remain unqualified to expound on such things as the Dharma, Zen and Buddhism. Yet I can try to relate a personal experience.

I recently received a conduct violation for having a small amount of coffee in my possession while en route to my job site. We are allowed to possess and consume coffee at our workplaces, but the rules governing the transportation of coffee to and from work are vague and contradictory. For the most part, carrying such things around is taken for granted, meaning it is left to the discretion of whichever officer happens to take an interest.

When the violation was heard, the person conducting the hearing asked for my statement; whereupon I said: “I am not qualified to make a statement on the matter.” This is true.

I told her I was sorry to be wasting her time with such a trivial matter. She said she wished a certain officer would not write such “stupid tickets.”

She found me guilty and assigned extra duty as my punishment. It was a good lesson.

Had the situation occurred earlier before encountering the Dharma, I would have gone to the hearing ranting and raving about how stupid THIS was, how unjust THAT was, how unfair the system is, how lowly said officer’s family breeding is… and I would have ended up in even more trouble.

But the fact of the matter is that my desires led me into a situation, whereas lack of desire would not have. I was well aware of the iffy nature of the applicable rules. I knew the prevalent quirks of the officers I usually encountered in my daily sphere. I simply felt myself to be above and beyond both. I obviously am not.

Was the officer wrong to write me up? Was I wrong for wanting a cup of coffee? Does either question matter?

This was a good and relatively inexpensive lesson in life and in Dharma practice. My Dharma practice says I should sit down and shut up, which I am trying to do. Just the numbers of I’s, Me’s, and My’s that I’ve written so far should indicate how much more sitting than talking I need to do. 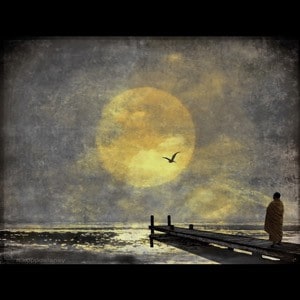