There is a show called Brain Games that comes on the National Geographic Channel. It gives fascinating facts on why we do things, how we think and even how our senses can trick us. One particular recent episode had to deal with anger. It was a truly amazing episode. 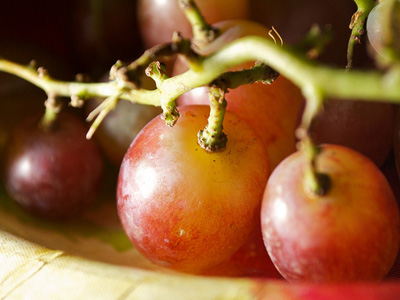 It was baffling to see the monkey mind that we are also capable of. (Photo by Kevin)

Also, this episode showed a coach, a boss and a mother yelling and angry. And then a neuroscientist talked about a way to not get upset when people are yelling at you. He said,

What if the coach just found he had cancer; the boss’ house just burned down; and the mother just got fired? When we view others as suffering, our anger quickly fades into the void.

This is wisdom and compassion. What this neuroscientist was describing was the science of the Dharma.

Back to the two monkeys—why did the monkey on the left get mad? It wasn’t really the grape. It was the idea of someone else getting something better. Aren’t we the same? When I see someone being praised and I am not—I hit the cage. When I see others going home, whom I feel will not be productive citizens—I rattle the cage. When I see women laughing at other men’s jokes—I throw the rock.

But I can let go. With grape or no grape, the yelling and aggressive behavior can come to a halt, Buddha nature can take precedence and compassion will take root, and the sun wisdom can open the eyes of all!