The Blessed Lord Buddha said, “We are what we think, all that we are arises with our thoughts. With our thoughts we make the world. Speak or act with an impure mind and trouble will follow you as the wheel follows the ox that pulls the cart.”

If you are an ox such as I, this verse will give you pause for consideration. Looking back on the long road I have traveled in my short 27 years, I see ruts the whole way. I have pulled a cart of trouble for a very long way.

In my youth, my cart’s load was comprised mostly of tremendous anger. I thought the anger was due to the taunting I received from my siblings. Because I was short and fat, they frequently called me “Tank.” This exchange never failed to elicit a fit of rage on my part. The only other word in the English language capable of angering me more, to near murderous rage, was “Pig.” My brother was particularly found of that one, and usually let it fly just before the fight that would ensue. I recall vividly how one such exchange landed my brother in the emergency room with a minor concussion. Yes, they sure knew how to push my buttons back then. 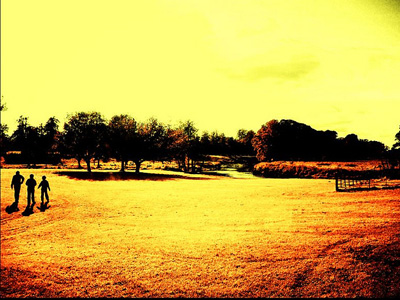 We often blame our anger on others or the injustice of life. (Photo by Magdalena Swebodzinska)

As I hit my early teens, I decided that my anger was a result of the injustice of life. It was all the fault of my abusive father and stepmother. All of my anger belonged to them, and the social workers who wouldn’t help, and the world that wouldn’t hear my cries. In my early teens I discovered them and I knew instantly that it was all their fault.

In my mid-teens I added the legal system to the group of them. What, with the prosecutors, detectives, their trials, the life sentences they liked to give, they were surely to blame.

In my late teens and early twenties, my anger—my ruts—were created by the rapists. That guy who convinced my cellmate to leave the cell open while I lay in bed sleeping. That guy that wouldn’t take no for an answer. Yes, they were part of them as well.

Anger wasn’t the only weight that dug ruts in the muddy road of my life. There was a lot of shame, a heap of depression, a touch of despair, and a mountain of addiction on my cart, digging my ruts even deeper. For a short time there was even self-injury: branding myself with cigarette lighters, the Star of David I carved into my chest as a Christmas present to myself while I was in rehab. I was 12 then, waiting for my sick father to die, wanting the world to bear the weight I couldn’t carry anymore. They wouldn’t take away the weight, though; they just piled it higher.

By the time I was 20-something I had finally figured it all out. I knew exactly who was to blame for all of my troubles. I knew who was to fault for those deep ruts: my father for his abuse of me, my stepmother for hers, my mother for no particular reason, my family, the social system, the judges, the teachers, all of them were to blame for what was wrong in my life. It was all them.

The Dharma came to me at that point in my life. It was bitter medicine but it was just what I needed. It showed me that I had to forgive if I ever wanted to be healthy and happy. I had to come to understand the power of “I’m sorry” as well. That was the only way I was going to unhitch myself from this cart full of trouble, from digging ruts, scars really, into this road that is my life.

I recall the first “I’m sorry.” It was so hard. I didn’t know how to handle it when it came. I was in administrative segregation at the time and was allowed one 15-minute phone call a month. It was during one such call, with my sister, that the apology came.

Heather and I were conversing about life, about everyday things. She pointed out that she had seen Chris (my stepmother) in the grocery store. She went on to explain that she sees Chris around town from time to time and they talk for brief periods. When I asked Heather for Chris’s address, she said she didn’t have it and swiftly asked why I wanted it. With a sense of conviction I haven’t often felt in this indecisive life of mine, I said “I want to write her a letter to tell her I forgive her.”

The rest of our conversation revolved around trying to understand why on earth I wanted to write this woman who did those awful things to me. What Heather never understood was that while the words I was using were “I forgive you,” what I really meant was, “I’m sorry.” For the first time in my life I wanted to approach this person and tell her from the bottom of my heart “I am sorry.”

I never got to make that apology, as I never could convince Heather to give me Chris’s address. In my heart, though, that day I gave my first apology.

Perhaps you are confused at this point, wondering what I was apologizing for. I will explain.

It was at that precise moment in my life that I finally understood that my stepmother had acted out of her suffering. In her mind, she believed that the things she was doing would bring an end to her suffering. All beings are motivated this way. That is to say, all beings are motivated by one thought alone, “I don’t want to suffer anymore.” Knowing that, I knew that what my stepmother had done wasn’t because she wanted to increase my suffering. She did it because she wanted to decrease hers.

Then I began the process of apologizing to all of them. The list is long, and five years later I’m still telling people that I’m sorry for not considering them.

Somewhere along the line I even sat down with my own enemy, the only one of them that could rightly be called my enemy. I sat down with myself and said, “I am sorry for all the pain I caused you, much of which you have yet to experience.” And then I forgave myself.

Most importantly, it is this stance that will give you a heart big enough to embrace the entire world. At least it did for me.