This poem by Venerable Lamsel, whose name means “Clear Path,” arose from a discussion among monastics concerning whether it was appropriate to call Sravasti Abbey their home. For some, “home” brought up connotations of sticky emotional bonds that monastics as “left-home ones” have relinquished. For Venerable Lamsel, “home” had a different meaning.

You! so-called Clear Path, who have entered the homeless life
Such that no parent can call you a child, no king, his subject
How can you, child of the Buddha, daughter of the Shakya clan
Build up another nest, a new net of attachment, by calling this monastery ‘home’?

Venerable Sir, please excuse the confusion, but can you not see
That wherever this ordinary mind goes,
Therein lies a home that is not instantly forsaken
Upon accepting the precept-body?

These five aggregates—polluted, defiled, on fire, burning with desire
Are the home in which I live,
The object of abandonment, of gradual transformation,
The very reason I entered this homeless life.

These clung-to aggregates,
The source of my continual becoming, re-coming
Are an open wound unable to withstand
The jostle of worldly life.

Thus I have chosen a new home,
A container and its contents, this monastery and its monastic life
Able to restrict, constrict the force of afflictions and karma
That would otherwise impel me to the depths of suffering beyond concept.

These four walls are the four establishments of mindfulness,
The surrounding meadows charnel grounds reminding me of death and impermanence,
The field of service an antidote to the afflictions,
The vast sky the sphere of emptiness in which all conceptual elaborations cease.

It is the fortress able to withstand
The firework displays of self-centered thought
As it loses its battle against the ever-strengthening
Army of conscientiousness, integrity, and consideration for others.

This is a home where the heart indeed grows sweet,
Infused with the unshakeable awakening mind
That sees clearly how all agents and objects
Exist only through actions of boundless kindness.

It is for these reasons that I, Clear Path,
Rightly call this monastery, place of refuge and protection, “home.” 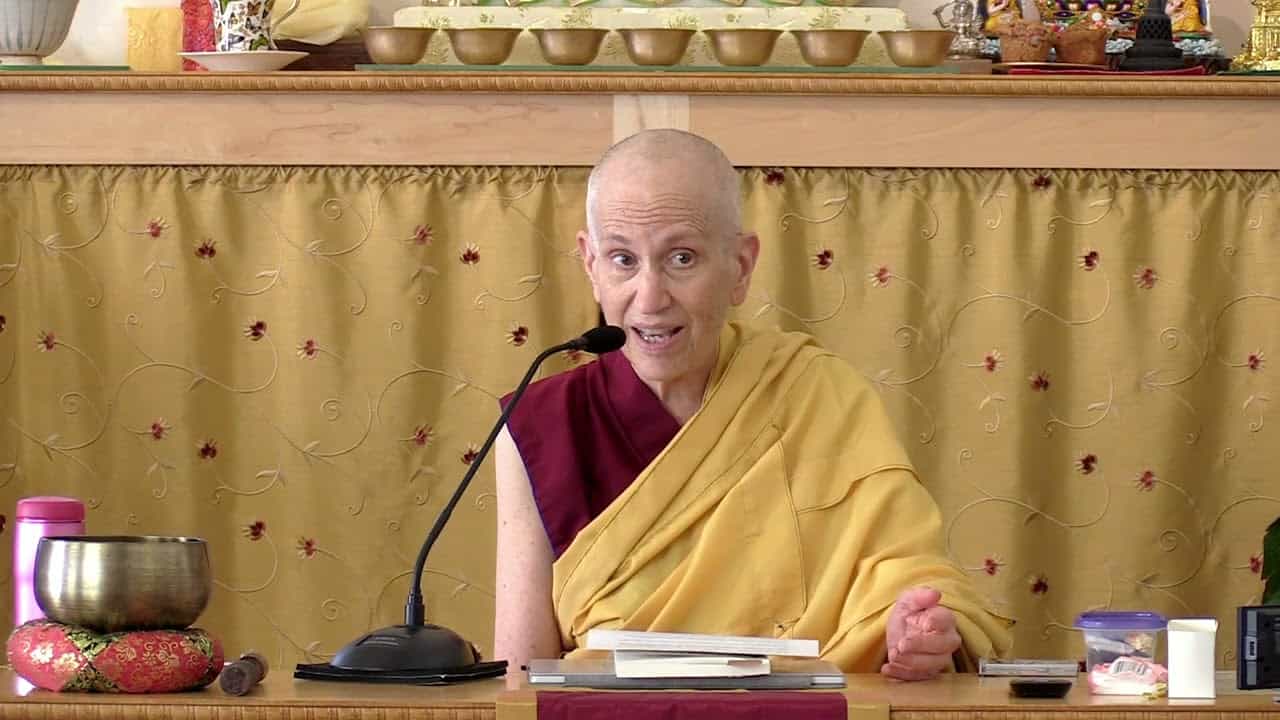 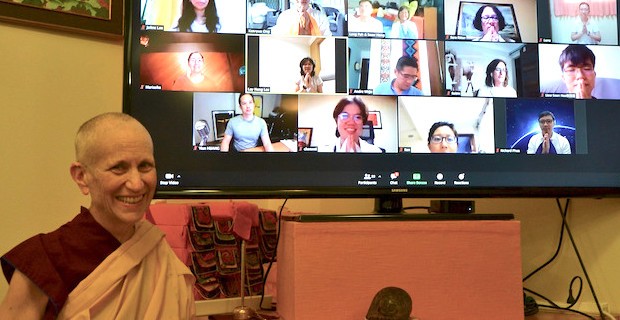