Buddhism talks a lot about happiness and suffering. The Buddha’s first teaching was on the subject of suffering. When he became enlightened he discovered the truth of our existence, which became the four noble truths. He began teaching that life has suffering, there are specific causes, these causes can be abated and there is a clear pathway. The Pali/Sanskrit word dukkha has been loosely translated as suffering. I like to think of it more as our life is unsatisfactory. As if our life is like a wheel that is out of balance. For me being a type-A goal-oriented person my dukkha can be best described as stress, anxiety, the occasional panic attack and recurrent periods of frustration and irritability when I am not getting or achieving what I want when I want it.

I have an easy time understanding suffering. I was not so clear about happiness, however. Is happiness just the absence of suffering? And is the quest for happiness a shallow, self-centered desire? After much reading on the subject I have concluded that happiness is much more than just the lack of suffering. And the desire for happiness is integral to life itself and necessary to attaining enlightenment for the benefit of all sentient beings which is the basic desire of all Buddhist practitioners in the Mahayana tradition. 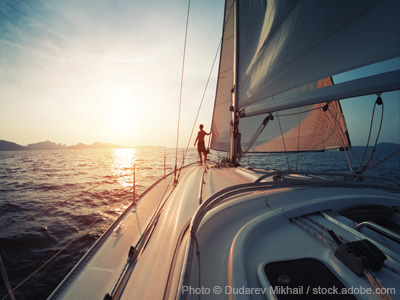 Where do we look for happiness? (Photo © Dudarev Mikhail / stock.adobe.com)

So, where do we look for happiness? Can it be found in the typical places that we are usually taught by our society? Does having more money and stuff bring true and lasting happiness? How about lots of praise and a good reputation? And then what about pleasing sights, sounds, smells, tastes and touches? Are we ever satisfied with these things? Do we ever get enough? Several years ago my wife and I were vacationing in Key Largo, Florida. Many yachts came past our room, each one larger and more lavish that the one before it. One of the largest yachts had a name which said it all. “Never Enough.”

Here is a great quote about money that I read someplace:

I think there must be multiple layers of emotion which one can define as happiness. The initial entry level would be a sense of contentment and satisfaction with one’s life. Along with this would be a feeling of peace, tranquility or serenity. I have had multiple periods of elation or euphoria when life was going according to plan. But this wouldn’t last very long and would usually be followed by periods of depression and dissatisfaction. I don’t think I am bipolar but just human with all the afflictions and self-centeredness that most people have. So true happiness is a sense of well-being. It doesn’t have the incessant highs and lows and is long lasting.

The next layer of happiness is a feeling of having meaning or purpose in one’s life. Am I being helpful instead of harmful? Am I making the world a better place? The Dalai Lama said if you want to be selfish at least be wisely selfish. In other words, doing good and practicing generosity without the expectation of receiving anything in return is a clear path to happiness. How often have we done a random act of kindness anonymously and felt good about it the rest of the day?

Then there is the level of happiness one derives from living mindfully in the present. If we can somehow put aside our pain and resentment of past traumas and instead find it within ourselves to feel forgiveness and gratitude and stop our anxieties and worries about the future we can start to live in the moment. The present moment is all we really can count on. If we cannot be happy in the present how will we ever be happy in the future since the future never really comes. I have always been a future-focused person, basically ignoring the present. Each goal or achievement was supposed to bring me true and lasting happiness. All it ever did was give me an insatiable appetite for more success and achievement. That doesn’t mean we should just stop trying to attain things and better ourselves at work or elsewhere. It’s just means we shouldn’t delude ourselves into thinking that these worldly accomplishments are going to bring us lasting happiness.

So, to quote a little Latin, Carpe diem

An even higher level of happiness comes from knowledge and wisdom gained from studying the Dharma. When we truly understand and can start to incorporate the teachings of impermanence, dependent origination, karma, and emptiness into our daily thoughts and actions we are on the path to happiness and enlightenment. Understanding the Dharma is one thing but implementing it is quite a different thing. I find that when my buttons are pushed I still fall back into my old knee-jerk ways of reacting to my stressors.

Practicing the Dharma is like re-wiring our brains, learning new ways to think and act that are not harmful to ourselves or others. This process takes time and ultimately leads to happiness. If we want to have a happy future we need to create the causes and conditions now that will ultimately lead to those beneficial results. Just imagine how happy we would be if we never got angry anymore or had envy, greed, or the 108 other afflictions that cause us to suffer!

And finally, the highest level of happiness is not gained by wanting happiness for ourselves but rather being concerned about the happiness of others. Yes, this does appear paradoxical. But when we are most concerned about our happiness we tend to think and act in ways that actually guarantee our suffering since most of our afflictions stem from the self-centered attitude that plagues all of us.

Here is a quote from the seventh century Indian saint Shantideva:

What need is there to say a whole lot more?

So, if one were to put all of these layers of happiness together: contentment and sense of well being, a feeling of meaningfulness or purpose in one’s life, living mindfully in the present without regret for the past or anxiety about the future, knowledge and wisdom gained by understanding the true nature of things such as impermanence, dependent origination, emptiness and cause and effect which will ultimately allow us to be free of our many afflictions and undiscriminating passions and finally our deepest desire to become happy not for our own personal benefit but for the benefit of all sentient beings one would have what could only be called nirvana or enlightenment. 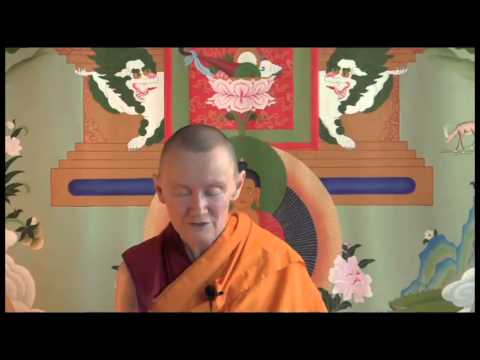 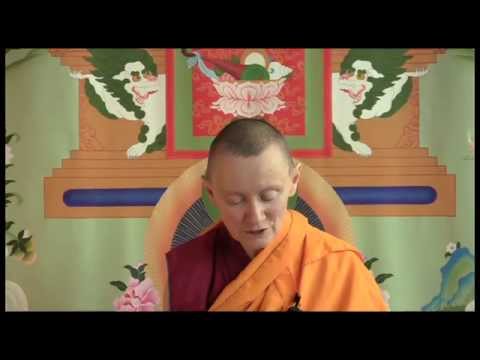