Being dispassionate toward perception

Being dispassionate toward perception

Green Tara Retreat 042: For one dispassionate toward perception (download)

Oftentimes, especially during retreat, we collectively—as we’re reading books or contemplating—write down little pithy sayings and put them at the lunch table so that everybody can read them as we go around. They’re something to contemplate during lunch since we eat lunch in silence. Actually we’re in silence all the time during retreat. But there’s this one that’s been stuck to the wall. I think it’s been there for probably over a year. “For one dispassionate toward perception there are no ties; for one released by discernment, no delusions. Those who grasp at perceptions and views, go about butting their heads.” (From Magandiya Sutta: To Magandiya.) It’s extensive, and since I’m usually just walking by, I only get to read the first sentence. So that’s what I’m always contemplating, “For one dispassionate toward perception there are no ties.” Every time I walk by I think, “Wow, that sounds nice.”

That’s the basis of our practice. If we don’t have any wish to go beyond the six senses, and to go beyond these very worldly [thoughts], “What feels good, what smells good, what tastes good, what’s nice to think about, what’s nice to look at,” then there isn’t any Dharma. There is no need for Dharma. Forget the Buddha, there’s no need for religion really. This is what I label as “materialism.” It’s what feels to me like—in our day and age—to be “materialistic.” All that’s needed is just pleasant people, good talk, good food, and good drink.

Then even if you get rid of that, you just sit around and think about things that you wish you could do, you get tied up in thoughts and those become their own sort of attachments. So without dispassion toward the senses there’s no reason to practice the Dharma. But if we just contemplate whatever we grasp at, such as food. We’re about to eat lunch, so, food. We get our food together, try to get back to our seat and eat quickly, so that we can go back and get some more before it’s all gone. Or we can just slow down and just not really mind so much, not really care so much about that stuff, then quickly our Dharma practice falls into place. There’s so much more room and time to do other things. We can do all kinds of contemplations.

But as long as we’re holding on to those things, we think we’re going to get pleasure, and that pleasure’s going to lead to happiness and that happiness is going to be good enough, and so what reason is there to have renunciation? If we don’t have renunciation as a foundation of our path, there’s no way to have bodhicitta. If we don’t want to be free, we can’t help others to be free. It doesn’t even make sense. How are we going to have time to practice wisdom or concentration, when our mind’s totally spinning off in other directions? So the whole path is pretty much annihilated just because food tastes good. I mean, is that really worth it? It just seems so useful then: “For one dispassionate toward perception there are no ties.” Just remember that, at least for the next half an hour.

Born in 1984, Carl Willmott III—now Thubten Jampel—came to the Abbey in May 2007. He met Venerable Chodron in 2006 while she was giving a teaching at Airway Heights Correction Center. He took refuge and the five precepts in August of 2007 after participating in Exploring Monastic Life, an annual program at Sravasti Abbey. He took the eight anagarika precepts in February of 2008 and ordained in September 2008. He has returned to lay life. 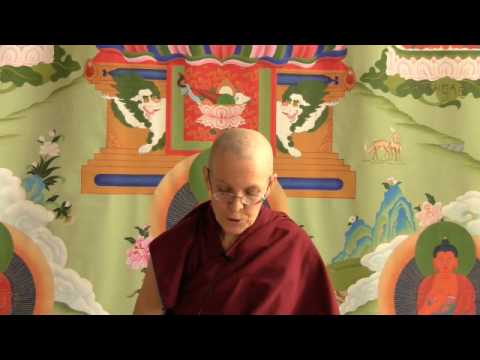 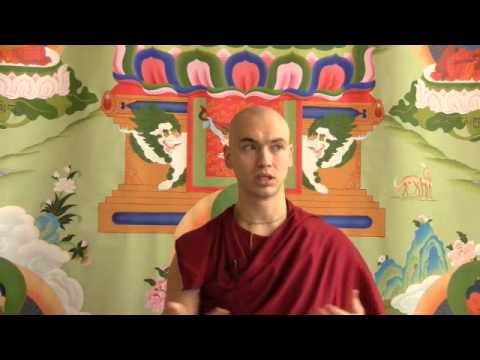