“May all beings be competent when meeting those who challenge them.”
This is the prayer of the bodhisattva when seeing a dispute.

Collaboration is based more when there is a conflict, on seeing both parties of the conflict on the same side of the table, facing the problem together. So often in a conflict we see each other on opposite sides of the table with the problem being the other person. Here what we are doing is, we’re both on the same side of the table looking at the circumstance and seeing how best to manage it. That kind of attitude right away diffuses a lot of the hostility—both in our mind and in the other person’s mind—because we are seeing what we have in common with the other person. That’s always very very helpful.

Another thing in collaboration is to really ask the person what their interests are. So often we assume we know what the other person wants, but we don’t. The example they usually give us is this very trite example of two people who are quarreling over an orange, and they both want the orange. Both parties think, “Oh he or she wants the orange and I know I want the orange.” That’s the way it looks. But they haven’t really talked enough to see what it is that they really want. One of them wants to eat the inside of the orange and the other one wants the orange peal to put in some jam. They could actually take the orange and both get what they want if they communicate it.

This is difference between compromise and collaboration. If you communicate, very often you realize that you can both get what you want because you want slightly different things in the process, whereas if you go directly to compromise then you’re just going to cut that orange in half, when both parties could actually get what they want, or get what they need. That’s why it’s really good to communicate, “Okay, you want the orange, but what is it about the orange that you want?” That’s another point with collaboration.

As we were talking about yesterday after we turned the camera off, this model of the relationship versus the issue is a very simplified model and that in any conflict there are so many more circumstances and components then just these two. There could be the feeling of our own self-respect, our own integrity. The power differential between two people is very significant. The power differential can be in terms of money, in terms of age, in terms of people, resources. There could be a very big difference in the people’s self-esteem, which is their perceived power differential. All these other things factor into it, too, so it’s not just these two components. Don’t try and reduce all conflict resolution to: “is it the issue or is it the relationship?” It is much more complex then that. But it does give you some idea about how to go about approaching things. I think this idea of being on the same side of the table is very helpful, because it helps us see the things we have in common with the other person, which is very helpful in a conflict. Because we tend, when we’re in a conflict with somebody, to think, “Everything they say is wrong, is bad,” but not really understanding it. 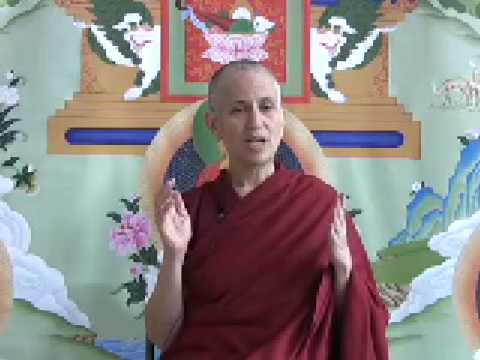 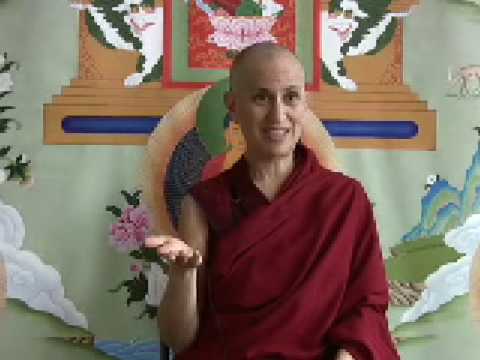