“May all beings attain the seven jewels of an exalted being (faith, ethics, learning, generosity, integrity, consideration for others and discriminating wisdom).”
This is the prayer of the bodhisattva when seeing someone engaged in business.

We’re talking about the seven arya jewels. In addition to faith, ethical conduct, and learning, the fourth is generosity.

Generosity we find throughout the teachings. It’s definitely one of the far-reaching practices. But it’s also found in every aspect of the teachings and in all of the vehicles. In other words it’s a very foundation practice for any of us engaged in the Dharma whether we practice the Fundamental Vehicle or the Mahayana. There are different kinds of generosity.

This last weekend at Cloud Mountain I was teaching on far-reaching generosity but from a text in the Chinese
tradition, Nagarjuna’s commentary on the Prajnaparamita. It’s a beautiful text. We have it translated into English now. A friend of mine did it from Chinese into English. There’s a big section on generosity. He goes not only into the usual description on generosity but tells many stories, and tales, and anecdotes. He also brings in very much the emphasis on emptiness. When we’re practicing generosity we should emphasis the emptiness of the benefactor, the recipient, and the gift that’s been given.

Since our little set that we are talking about now is the seven gems of the aryas, the seven arya jewels, something that makes them an arya practice is that realization of emptiness. While all religions, and even non-religious people, talk about the benefits of generosity, here when we are talking about the seven jewels of an arya we’re emphasizing bringing in the understanding of emptiness when we practice generosity. This is something that makes it more than typical human or even animal generosity. It is something that is going to lead us into the Arya path. Once we are aryas if we practice generosity with the realization of emptiness this will lead us to full enlightenment. 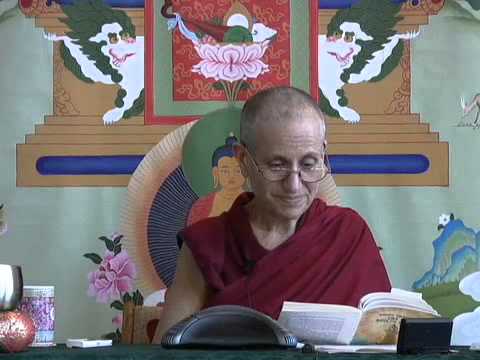 The thief of self-centered thought 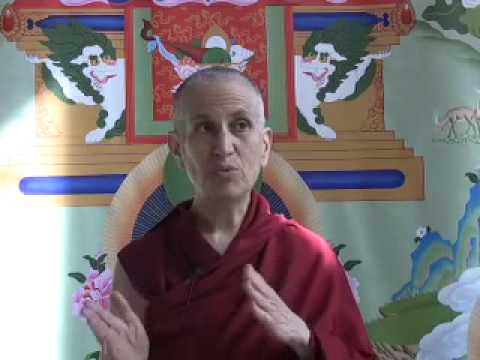