“May all beings attain the ornaments of the major and minor marks of a Buddha.”
This is the prayer of the bodhisattva when seeing someone wearing ornaments.

Normally, in our worldly life, why do we wear ornaments? Because we want to look good! “Look at me, I have my diamond necklace, and diamond ring, golden this, and that, and the whole thing.” We’re all decked up.

It’s really interesting why we wear ornaments, because looking deeper, we want to make ourselves look more beautiful so other people will be attracted to us, and lying behind that is the feeling that we’re not good enough the way we are, that we need something pretty on the outside to attract other people to us, otherwise they won’t like us.

Whereas for a bodhisattva, or a buddha, or one of the deities, when they’re wearing ornaments it’s not out of that kind of, “Well I’ve got to make myself look good because I’m not good enough.” Rather, the ornaments usually represent the six far-reaching attitudes.

In the cases of a deities—when we visualize Chenrezig, or Tara, or any of those—they represent the six far-reaching practices that these great beings are adorned with. So we adorn ourselves with generosity, with ethical conduct, with fortitude, with joyous effort, with meditative stabilization, with wisdom. By being adorned by those inner qualities, then other people are naturally attracted to us. The external ornaments that they wear are symbolic of the internal qualities. Maybe out of their compassion they appear with those ornaments—the deities do—to attract us to them, because we’re so attracted to glitter. If they look pretty, then we’ll be attracted to them. Whereas the wrathful deities, they’re wearing necklaces of skulls. 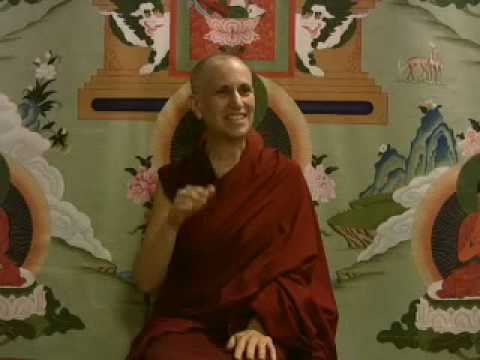 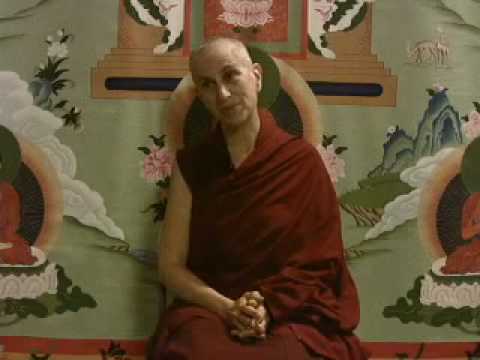 Practicing the Dharma, transforming the mind