The birth of Sakyadhita

An international association of Buddhist women

February, 2007, celebrates the anniversary of the first conference of Buddhist nuns, which was held in Bodhgaya, India. I remember that conference well—the huge tent with dust blowing through it, the excitement prior to His Holiness the Dalai Lama’s opening talk, the hard work of the organizers—Venerable Lekshe Tsomo, Venerable Ayya Khema, and Dr. Chatsumarn Kabilsingh—as they negotiated constantly changing schedules and circumstances. At the conclusion of the conference Sakyadhita was founded as a way for international Buddhist nuns and Buddhist women to stay in contact. 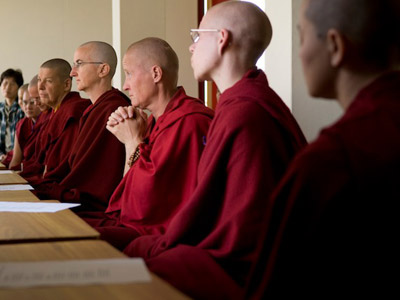 The general public in each country witnessed the presence and practice of a large group of Buddhist nuns and women; they saw the harmony, the sharing, the open and honest exchanges among us even when differences of opinion existed. (Photo by Sravasti Abbey)

We had no idea then of what would blossom from this event, that over the next 20 years conferences about and for Buddhist nuns and women would be held every two or three years, each time in a different country. Holding the conferences in a different county each time was very skillful for it allowed us to learn about each others’ traditions and practices first hand. The general public in each country witnessed the presence and practice of a large group of Buddhist nuns and women; they saw the harmony, the sharing, the open and honest exchanges among us even when differences of opinion existed.

The organizers made an effort to sponsor nuns from poorer countries so that they could attend the international conferences. This has had many wonderful effects. For example, the Thai maejis and Tibetan sramanerikas were able to witness the functioning of bhikshuni sanghas in Korea and Taiwan. This broadened their knowledge of the Vinaya and increased their self-confidence as they saw what communities of educated nuns could do and the benefit they could bring to society.

We didn’t know 20 years ago that a book would be produced as a result of almost each conference. These books enable women who were not present at the conferences to learn about the gatherings and the points of discussion as well as to feel connected to their sisters internationally.

The conference in 1987 also marked what was probably the first bhikshuni posadha in India in over a millennium. Buddhist texts describe a central country as one with fully ordained women and men as well as female and male Buddhist lay followers. While the other three groups exist in India, the bhikshuni community had ceased centuries ago. But due to this conference and the bhikshuni posadha ceremony, the bhikshuni sangha once again exists in India, thus making it a central country. Those of us who participated felt a strong link to our Dharma sisters who have performed this essential ceremony as a harmonious community over 26 centuries.

Through Buddhist nuns and women working together internationally, much has been done to improve living conditions for nuns in poorer countries, to increase general education and Dharma education among women, to re-establish full ordination for women in Sri Lanka, and to promote steps to introduce it into the Tibetan community. These good works and others will undoubtedly continue in the future, thereby benefiting Buddhist nuns and women and by extension the existence of the Dharma in our world and peace in our societies. 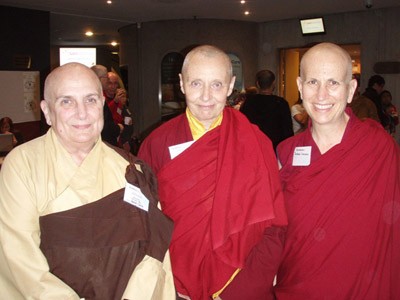 The wisdom of kindness 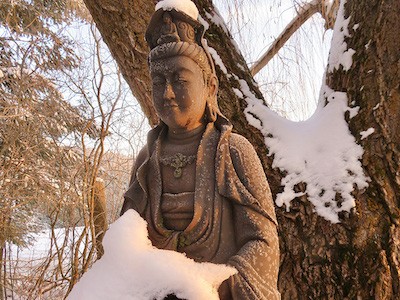 How to keep meditation interesting