Learn more about the Robert A. Paul Emory-Tibet Science Initiative on their website.

At the 2016 Emory-Tibet Symposium on “Bridging Science and Buddhism for Mutual Enrichment” held at Drepung Monastery in South India, Venerable Chodron met Dr. Nicole Ackerman, an enthusiastic young Assistant Professor of Physics at Agnes Scott College. Nicole was part of the Emory-Tibet Science Initiative teaching science to monks through summer intensive courses in India, but she wondered, “What about the nuns?”

A year later, Venerable Chodron was delighted to receive an update from Nicole about the physics class for nuns she that she co-taught with Dr. Heidi Manning at the Drepung Loseling Science and Meditation Center through the Emory-Tibet Science Initiative:

41 hard working nuns from five different nunneries enthusiastically completed the class activities, consistently asked good questions, and helped each other understand the physics topics that we covered. The average on the test was 81%. While the test changes from year to year, this is a much higher average than the monks typically earn on their physics tests! We were told that the nuns’ average on the philosophy test was higher than any class of monks.

The year one physics curriculum is an overview of a number of physics topics, while future years will go in to more depth on each topic. I hope that the nuns all have the opportunity to continue in the program so that they deepen their knowledge. Based on their questions, they were trying to form connections between their Buddhist studies and what they were learning in physics. I am sure they will think of many questions over the next year!

It was an incredible experience for me, and I hope that I have the opportunity to return and teach in the future. Their questions always show me that I can improve my understanding of physics—the monks and nuns catch places where my terminology or logic is sloppy! Many people asked about the differences between teaching the monks and nuns: I found the nuns to be much more engaged! More of the nuns spoke some English and they were much less shy. It was wonderful to be able to talk to them and work with them directly.

Nicole also sent photos that she kindly gave permission to post below. This is the first year that a full class of nuns has attended the science program, and their passion for learning shows. May this exchange between scientists and monastics continue to deepen and grow, for their mutual benefit and for the benefit of humanity! 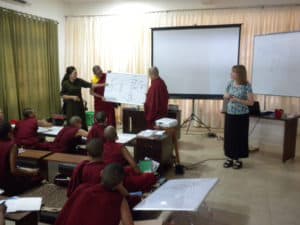 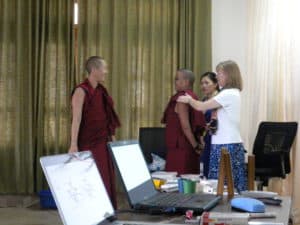 First topics: light and shadow, phases of the moon

Measuring speed with stopwatches, making a table, making a plot. 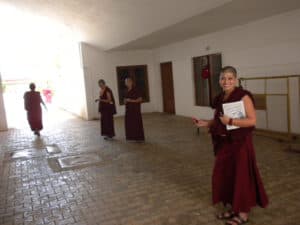 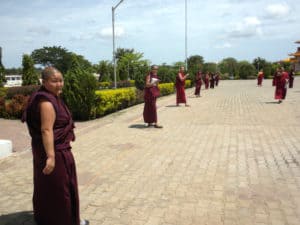 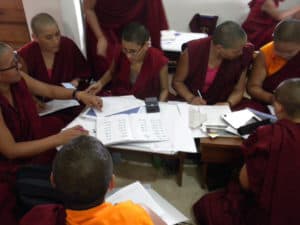 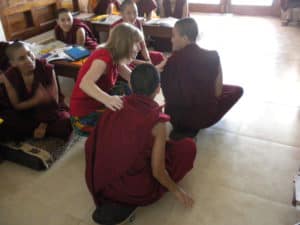 Spring scales for measuring forces and exploring Newton’s laws. A fun demo showing that circular motion can happen even when our intuition says things will fall. 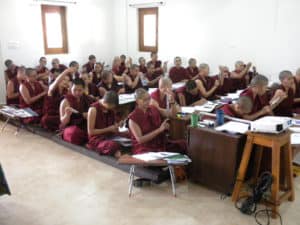 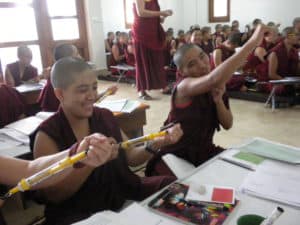 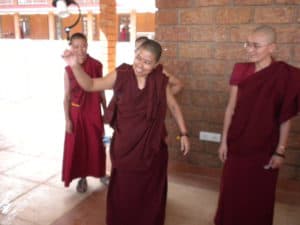 In the computer lab, everyone explored the structure of atoms using a simulation. 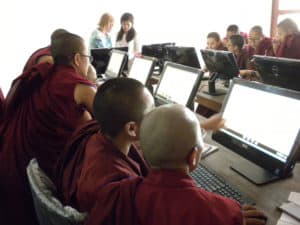 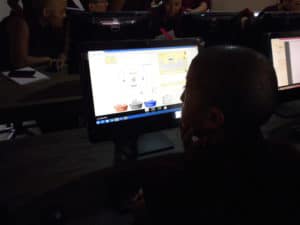 Telescope night at Jangchub Choeling – the clouds were sometimes in the way, but everyone saw the moon, Jupiter, and the moons of Jupiter. 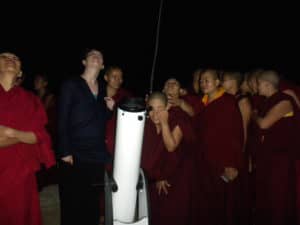 Response sheets ensure that everyone participates and the instructors know how many people are confused. 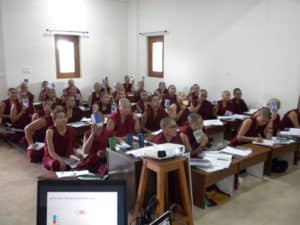 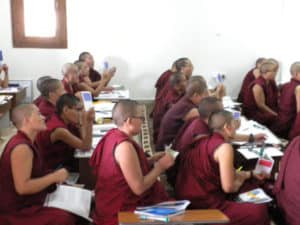 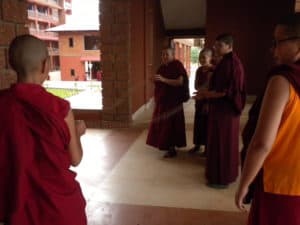 One day was spent on circuits and Ohm’s law – everyone made some impressive circuits out of batteries, switches, and light bulbs. Much creativity was on display! 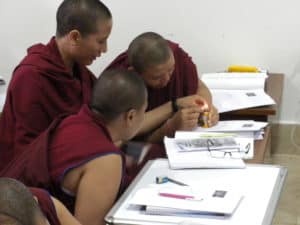 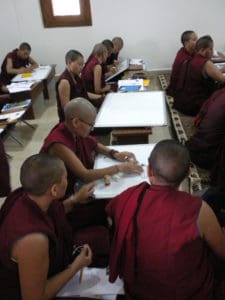 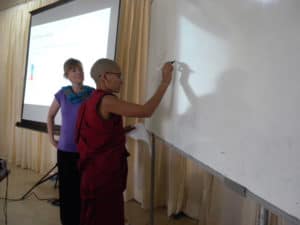 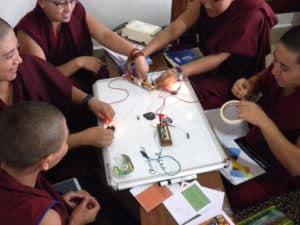 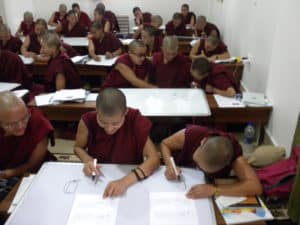 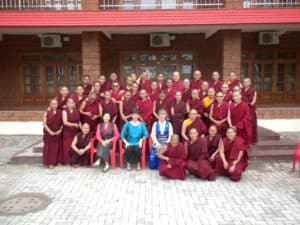 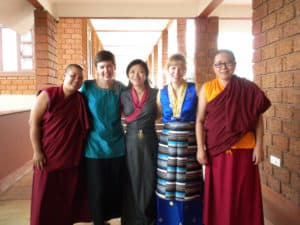 The monastics of Sravasti Abbey endeavor to live generously through dedicating their lives to the Buddha's teachings, practicing them earnestly, and offering them to others. They live simply, as the Buddha did, and offer a model for society at large, showing that ethical discipline contributes to a morally grounded society. Through actively developing their own qualities of loving-kindness, compassion, and wisdom, the monastics aspire to make Sravasti Abbey a beacon for peace in our conflict-torn world. Learn more about monastic life here... 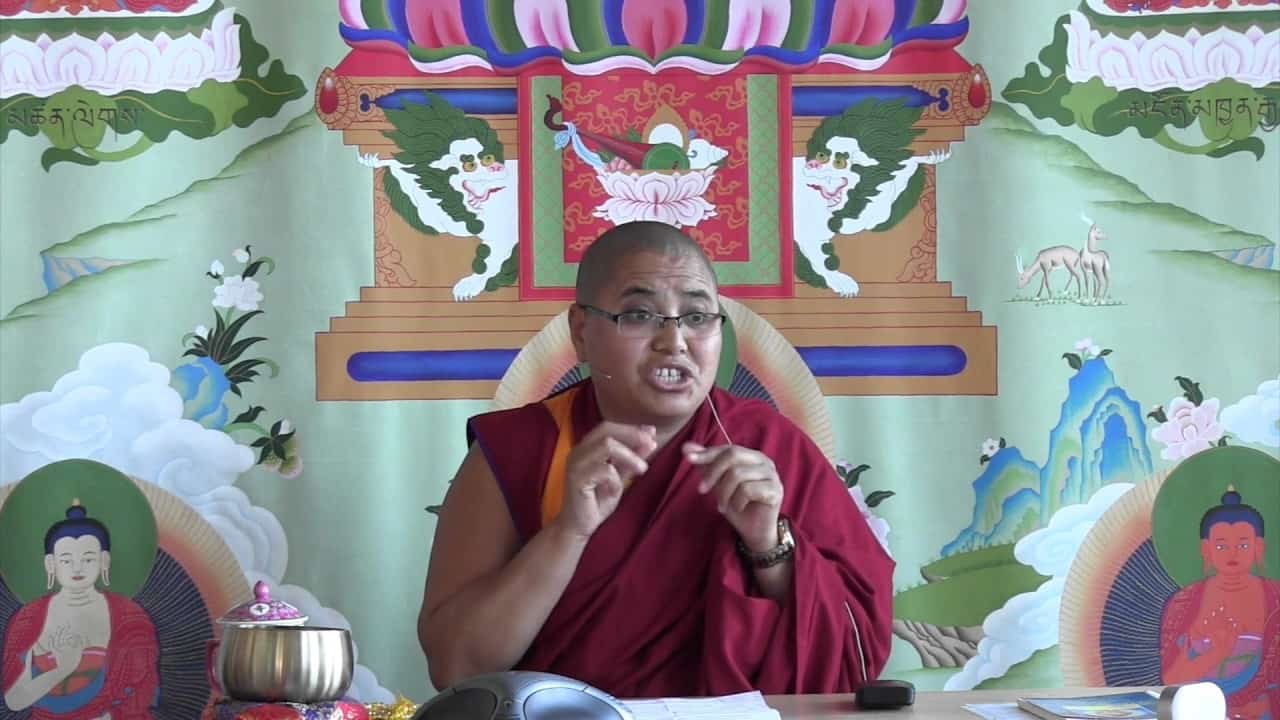 From goatherd to geshe 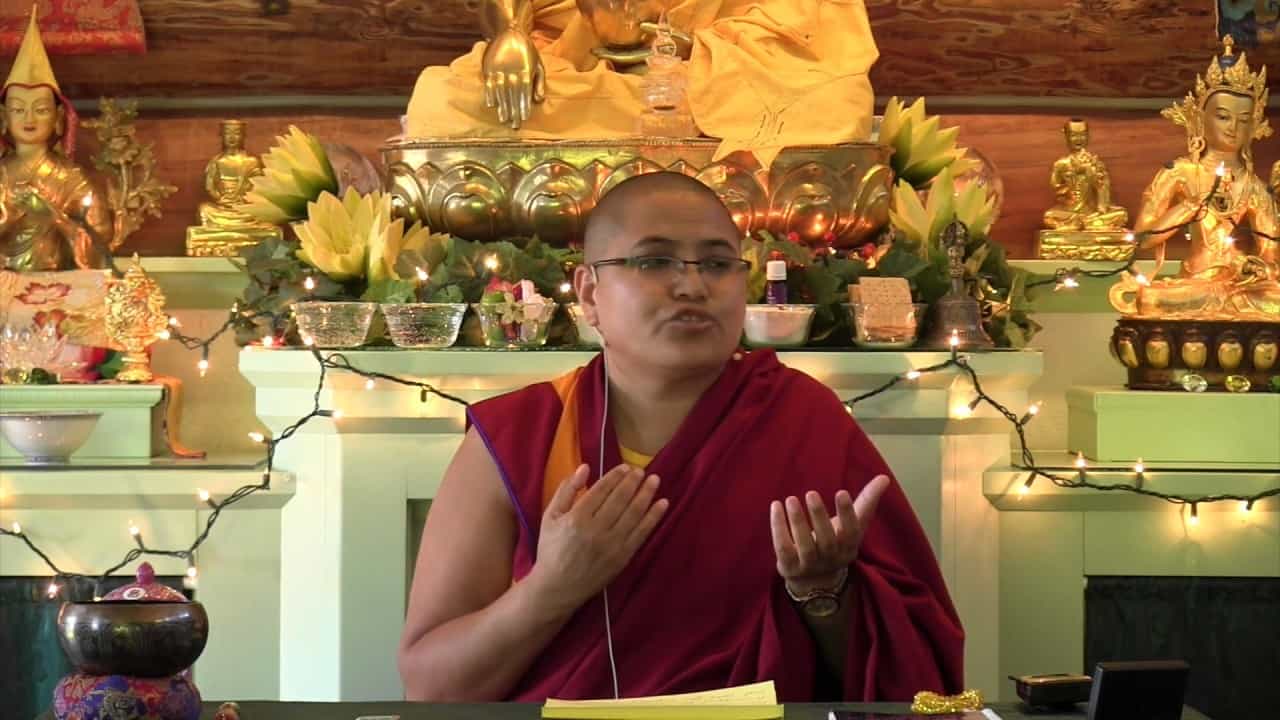