A Dharma student traveled with her spiritual mentor for a month, serving her teacher by taking care of travel arrangements, errands, and other personal needs. What follows is an excerpt of a letter to her teacher describing some of the effects of the trip. 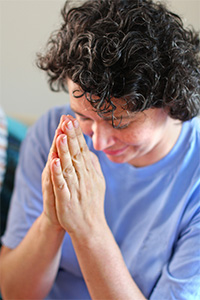 Why not channel the energy into doing something constructive that I haven’t been able to do in the past? (Photo by inamasteorg)

I know that it is easy after such trips to just daydream and say big words but in the end, I don’t improve my mind. So I thought, "Why not channel the energy into doing something constructive that I haven’t been able to do in the past?" So I started sleeping 7 instead of 8 hours and getting up earlier in the morning, around 5:30 am or 6 am. I know this is late and luxurious by your standard but it is very early for your lazy student. I resisted taking afternoon naps even when I’m very sleepy. Although I was short on sleep and physically tired at the monastery where we stayed during the trip, my mind was happy and I actually felt very good. So this gave me confidence that I can do it.

Another thing that gave me energy was when I heard you and Venerable Robina talking about the inmates, how some of them have never received any kindness their entire life. I feel I cannot be lazy and waste my good fortune. For years I have been trying to get up early but never could sustain it over a long period of time. I think and I hope this time it’s going to be different. So far so good, though there were a few lapses. And especially now that I have told you, I have added incentive to do it. So in the future when I travel with you, instead of always asking me if I miss my husband, perhaps you could now ask me what time I get up in the morning.

The trip also affected other aspects of my practice. For example, last week my modem broke down and I was counting on my husband to help me with it. In the morning he told me he would definitely call, but by evening he had forgotten about it completely. Then the next day he was away for a hiking trip with his brother. I was so angry with him! But again, I decided to use the inspiration from the trip to give me energy to refrain from my usual response, which would be to scold him soundly. That picture of you in the room, sharing what you felt and taking responsibility for the incident in which someone’s speech offended you was so touching and vivid in my mind. It was a tremendous encouragement to me not to follow my anger again. It helped very much also that I was trying to catch up on the lessons I missed at the Dharma center and was going through the chapter in Shantideva’s text on conscientiousness, where he showed so obviously the stupidity of following our afflictions. So then I tried very hard to apply the antidotes to my mind to calm the anger. It was so tough, and the anger comes and goes and hasn’t fully subsided. But definitely there’s some improvement and I will keep trying.

I’m so grateful to have had the opportunity again to serve you. I tried hard to do a good job, especially after my bad attitude in the previous trip. Still there are things I forgot or omitted here and there, which I’m sorry for and will try to bear them in mind, but I was very glad to hear that you had enjoyed the trip with us.

I’m still reflecting on the trip. There are so many lessons that I can learn from it, it will take a while to absorb them all in. Thank you so much!