An inmate in federal prison, B. F. is one of the few people allowed to pursue higher education. The following is a letter written to Venerable Thubten Chodron.

A few days ago, I was in my business management class, getting ready to take the final exam, when the woman next to me pointed out another person sitting in front of us, and said, “During the mid-term a few weeks ago, I saw her cheating, using some notes she had. That makes me so mad! Does it make you as mad as it makes me?” 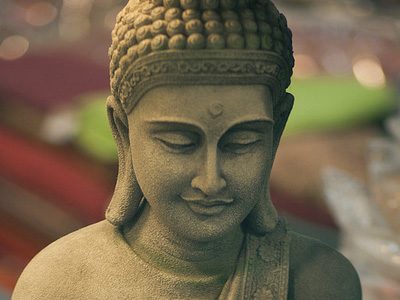 We create the cause for our own pleasant or unpleasant results. (Photo by Abhinay Omkar)

“That’s on her,” I replied. “If I let every person sitting in the classroom ‘make me mad,’ I wouldn’t have any time to learn anything. She’s just cheating herself anyway.” I paused and then continued, “After 12 years of being incarcerated, very little actually makes me really mad. I try not to give other people the power to make me mad. I’m the one who makes myself mad when I give someone else that power.”

There was much more to the discussion, but I tried to point out, “Don’t let things that other people do make you angry, especially if they aren’t directed at you or don’t an influence on your life. Yeah, the other girl cheated. So? Karma takes all into account, so the other person was creating the cause for her own unpleasant results.”

The point of this story? I realized how much I’ve changed due to the Dharma.