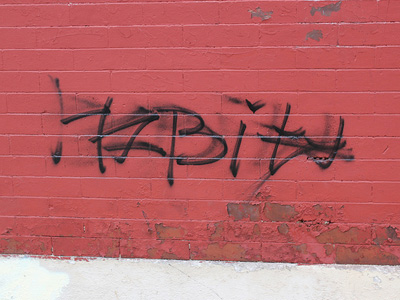 At first it was difficult to read the mantra while simultaneously doing the visualization but with practice I’m getting the hang of it, and I feel it’s going quite smoothly. It may be quite some time before I have the mantra committed to memory. The tape you sent helped considerably with the pronunciation.

I’m having mixed results with waking up early due in part to old habit energy and schedule conflicts, but I still manage to get all 108 long mantras done, and I’m determined to wake up early on days when I’m tempted to sleep in. I don’t want to waste this precious opportunity to practice and to develop good sleeping patterns. There are days when due to schedule conflicts (my job, etc.) I’m forced to do a session in the afternoon. But I haven’t missed a day yet and don’t plan to, barring some unforeseen emergency—train wreck, alien abduction, tornado—you get the picture.

I’ve taken your suggestion to review the ten destructive actions while doing the power of regret. Starting with the first one, killing, I’ve carefully reviewed my life, trying to recall every instance of sentient life I’ve taken from the smallest insect to the fish and small game I killed for sport due to my ignorance. I think about all the beings intentionally killed by stepping, breathing, flushing and boiling, etc. When the time is right (probably during another future retreat) I’d like to go even deeper and purify all the sentient life I’ve taken indirectly through eating meat. But I’m not ready to make that step yet.

It’s amazing what comes up as I review my involvement in ten destructive actions—deep remorse, sometimes tears. Sometimes during and after the practice there is a profound cathartic effect that usually leaves me light-hearted and buoyant.

Of course there are times throughout the day/week where I’m a bit moody but I reflect on the impermanent nature of moods and they usually quickly go away. It also helps to do the short Vajrasattva mantras while doing various mundane activities, and it is especially useful for pulling me out of an angry or sad episode. I certainly don’t dwell on negative situations like I did in the past.

I wonder if the moodiness is from karma ripening because it seems to come about for no apparent reason. Or is it that just the nature of an undisciplined samsaric mind? Actually, when I think carefully about it, most of my moodiness can be traced to petty incidents throughout the day that cause me resentment. When I notice this and apply the power of regret and say some mantras, the moodiness goes away.

I try to review each destructive action I’ve committed as thoroughly as possible. Memory is a funny thing though. Sometimes it’s easy to recall lost memories in detail. Other times it’s fuzzy and there’s that nagging feeling that I’m forgetting some “big ones.” But all I can do is the best of my ability. I also regret negative actions done in infinite previous lives as well.

During this time of retreat, I’ve cut way down on my television viewing, reducing it to about an hour every evening for the news. In this way I can keep up on world events, especially the tsunami which has deeply saddened me. It helps to dedicate mantras to the victims (both alive and dead), and also I’m inspired by the many examples of courage, compassion, and selflessness that these amazing people have shown in the face of adversity.

I’m trying to limit my activities throughout the day to strictly Dharma. Sometimes it’s pretty difficult. For example I’m still in the habit of joking, talking, and laughing with various people that I interact with. I’ve also tried to reduce my foul language, but it’s not very easy. I think the important think is to try and at least reduce some of my major attachment and be more mindful of my words and actions.

Thanks once again for giving us the opportunity to do such a powerful, blissful, and wonderful practice. It seem as though I can finally put some things from my past to rest and continue the process of making peace with myself, and others.