The ninth of a series of teachings on the four nonvirtues of speech recorded at the Luminary Temple in Taiwan.

I always find it very interesting: people will tell me the kind of food I like. Because you know, I travel a lot and so, some food I’ll eat and some food I just leave or it’s not my favorite. But then people will talk about it, and then, I remember somebody saying, “Oh, I heard you don’t like grape juice.” Well, it’s not like that I don’t like grape juice, I usually prefer to drink water with my meals. Or, what was it, the other one, “I heard you don’t want masala in the tea. You don’t like masala in the tea.” No, it’s not exactly the masala, it’s the masala had pepper in it, and the pepper was burning. Or, you know, I remember one place I went to, they must have heard I like salad, because I was there for a week, and I ate salad almost every meal. So these are funny little things, but what I’m getting at is, we’re talking about things and adding our own ideas, our own opinions, elaborating, and making something that’s not totally factual.

And then of course just spending a lot of time talking about things that don’t have much meaning in the long term. And we’re not doing it with a motivation to connect with other people, we’re just doing it for the heck of it. Okay? So that kind of talk we want to abandon. Like I said, it doesn’t mean we need to have a big discussion about emptiness or Buddha nature with everybody we meet, even though we’re with non-Buddhists. It doesn’t mean that, but if we are astute we can find a way to have a good conversation with almost anybody.

Some years ago my teacher had invited all of his Dharma students to India for a series of teachings. There were a few hundred of us together, maybe about a hundred monks and nuns. I gave myself the homework assignment of trying to talk to every single one of the monastics there. Because you know how it is, just because you’re ordained doesn’t mean that you agree on everything and you get along. We come from such different backgrounds and different temperaments and different opinions about things. But I told myself I was going to have a good conversation–not just a chit-chat–but an interesting conversation with every single person in that three-month period when we were having special teachings. And I actually succeeded in that, and I learned a lot from that. That if I really stretched myself and asked people questions about their lives, I could find out really interesting things about people’s lives, about their interests, about their past experiences. It just took a little bit of effort on my part. But I could always find something about them that was interesting that we could have a back-and-forth discussion about. It was very rewarding to see that I could actually talk with everybody. 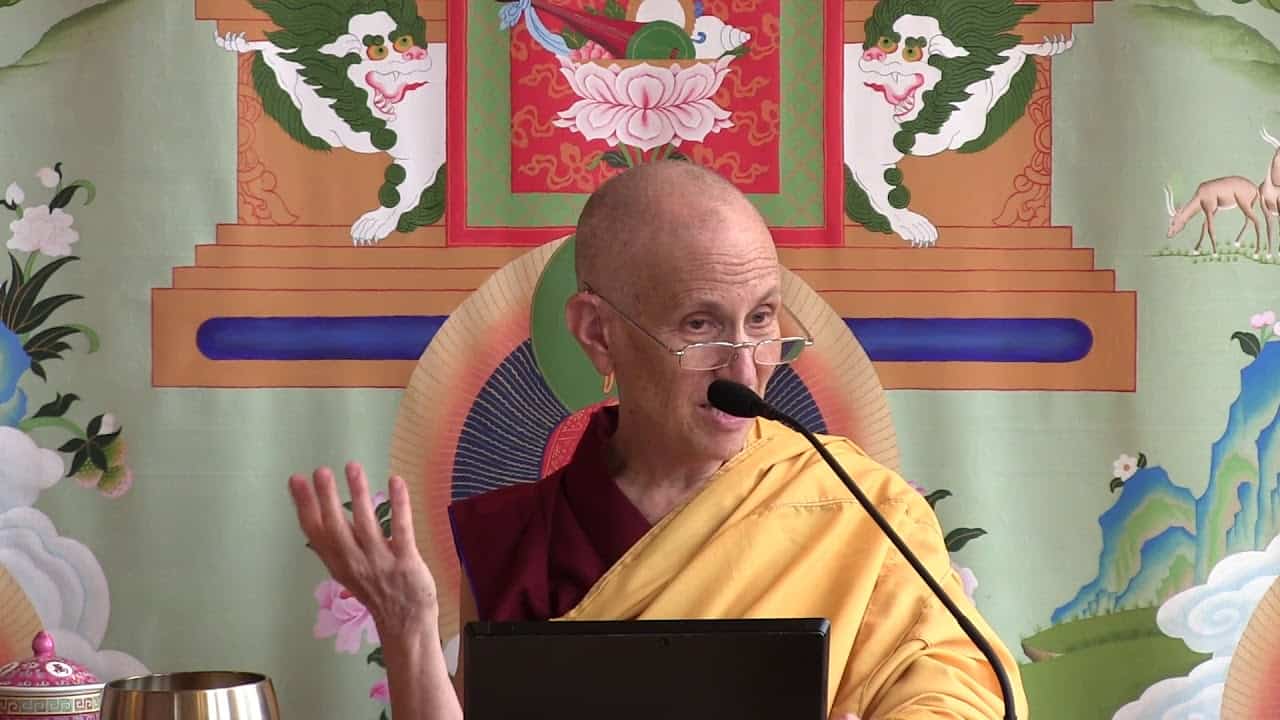 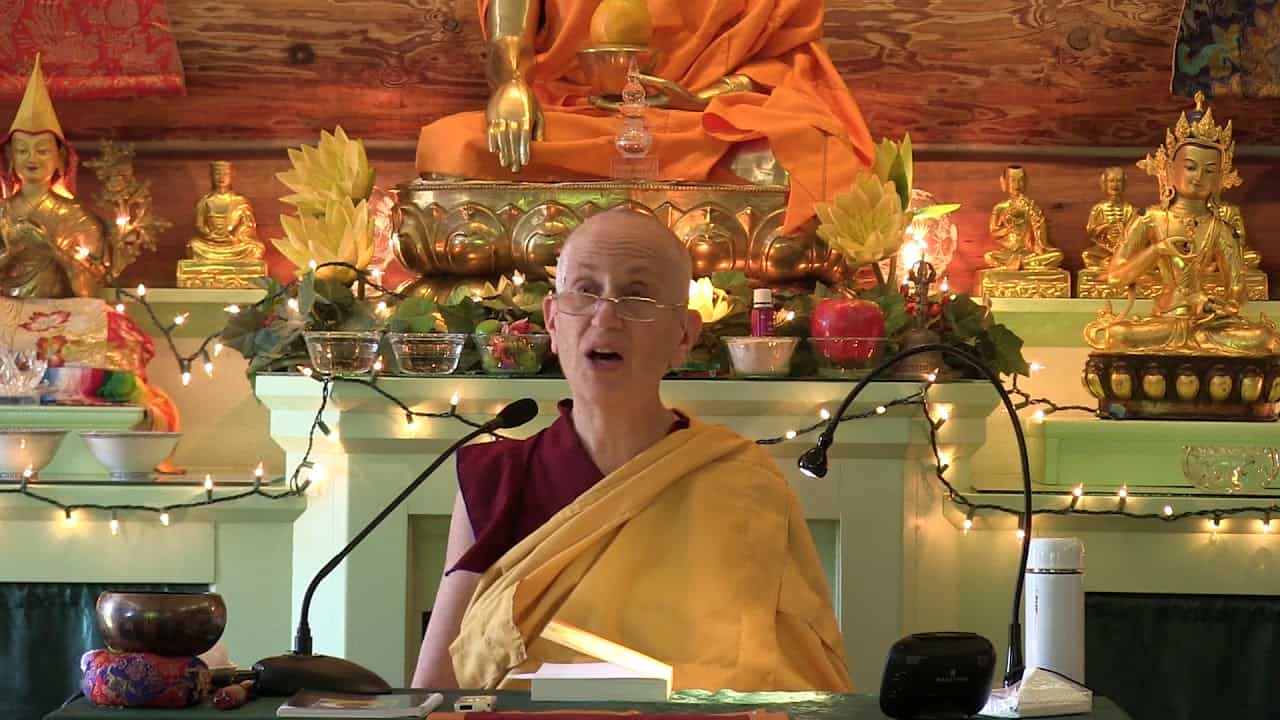 A different kind of strength