I am a Facebook newbie. I am of the generation (just received my Medicare card) that didn’t grow up with computers. So my adoption of technology has been painfully slow and usually the result of prodding by my tech-savvy son. The first time I texted him you would have thought I just landed on Mars. And it is possible I am among the last group of people on the planet to purchase a smart phone. Email was quite enough for me. I certainly didn’t want to be bothered by social media. 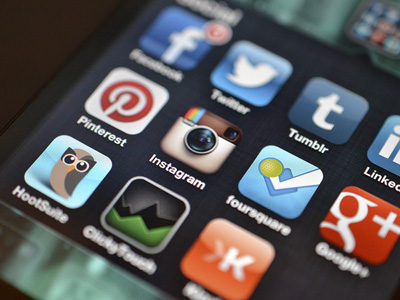 If I devoted as much time and energy to my Dharma practice I would be well on my way to enlightenment by now! (Photo by Jason Howie)

I had a simple reason to avoid Facebook. No time. I was a busy physician. But once I retired I figured I might as well give it a try. What did I have to lose? After all, it might be a good way to stay in touch with co-workers, family and friends. So, I signed up and started populating my Facebook page. The friends started arriving. And as I accumulated more friends I noticed the time spent on Facebook was increasing exponentially. I was checking it quite frequently throughout the day. I felt obligated to start liking at least some of my friend’s posts. Also, I began to focus very closely on the likes and comments I was receiving. Facebook was becoming a very time-intensive activity. If I devoted as much time and energy to my Dharma practice I would be well on my way to enlightenment by now!

The one promise I made to myself was that I would follow the Middle Way on Social Media. My friends ran the gamut of very liberal atheists on the one hand and very conservative evangelicals on the other. So I decided not to post anything controversial or inflammatory. In other words, no religion or politics. I stayed true to my promise except for a couple quotes from His Holiness the Dalai Lama. As a result, I found myself relegated to posting mainly travel photos and cute animal pictures with the occasional uplifting quotation.

I have been Facebooking for several months now and have noticed some important Dharma lessons. It is not unusual for a friend to become an enemy or stranger. Recently, I had to unfriend a close family member because I didn’t want to participate in his anger issues. And a number of friends from both sides of the aisle got themselves unfollowed because I was tired of reading posts that promoted their biased religious and political agendas. The Dharma is correct. Friends, enemies and strangers are very fluid categories. Of course, I need to have equanimity towards all but that doesn’t mean I must subject myself to anger, prejudice or narrow mindedness.

I also noticed a strong tendency on my part to become a “likes” junkie. I was even altering what I was posting based on the likes and comments I received. Kind of gaming the system. If I am on this Dharma path to eliminate ignorance, anger and attachment it won’t be achieved by aggrandizing the self by creating yet another illusory identity. My Facebook persona is just the latest in a long list of self-centered identities that brings me no closer to realizing the true nature of reality.

So, I haven’t dropped out of social media quite yet. But I now limit how much time I am spending on Facebook. When I do post something I try to make it either humorous, entertaining or uplifting. There’s enough polarization and fundamentalism in the world. I certainly don’t need to add to it. Like most things in life Facebook is neither inherently good nor bad. It is just another form of speech. And depending on one’s motive it can be a source of benefit or harm, happiness or suffering. Social media is a tool and as such can be used to promote kindness, generosity, compassion and love. Just remember. Think once before you speak, twice before you email and three times before you post anything on Facebook.