Why do I get angry?

Why do I get angry?

One of the things I love about Buddhism is it doesn’t just say life in cyclic existence is unsatisfactory, have a nice day. It goes on to tell us exactly why we suffer. And then it goes even further to give us a clear exit strategy. A way to escape suffering and the incessant cycle of birth, aging, sickness and death that we call cyclic existence or samsara. Buddhism also tells us we are not evil, sinful beings without the hope of redemption. Instead we are silly, ignorant beings with undiscriminating passions. I don’t know about you but given a choice I would rather be ignorant than evil. This gives me the opportunity to educate myself and improve.

If you hold a Judeo-Christian world view we were created in God’s image. We were given free will and unfortunately we chose the dark side. Ever since Adam and Eve we have been broken and evil. Only through God’s grace can we be fixed. So it’s quite natural to be angry because our basic nature is selfish and evil. I find this a bit pessimistic. 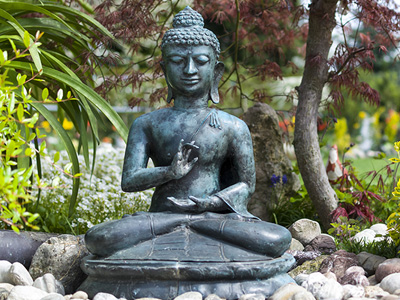 We are all capable of great kindness and compassion and we can all eventually attain freedom from our afflictions and suffering. (Photo © ARochau / stock.adobe.com)

Personally I prefer the Buddhist world view. All of us do non-virtuous acts on a regular basis. But deep down inside we all have Buddha nature. That is to say, we are all capable of great kindness and compassion and we can all eventually attain freedom from our afflictions and suffering. We all can become enlightened Buddhas. Yes, even Donald Trump.

So, what’s stopping us? It’s essentially IGNORANCE. The bright sunshine of our Buddha nature is clouded by a lack of understanding of the truth. The truth about reality. We don’t grasp important principals like dependent origination. How everything on this planet arises and ceases due to a myriad of causes and conditions. We don’t grasp impermanence and interdependence. How everything is transient and changing and everything and everyone depends on each other for our very survival. We don’t grasp karma, the law of cause and effect. Everything we think, say and do has consequences. But most of all we don’t apprehend EMPTINESS. Nothing in this world exists from its own side. Nothing is concrete, unchanging, or inherently existent. This applies especially to ourselves. Our bodies and minds are in a constant state of flux. We are not the same person we were when we were born or even the same person we were yesterday. Our thoughts and beliefs are constantly changing. And when you try to find something that is concrete or permanent you cannot find it. The self is actually like an illusion. It exists by being designated in dependence on our body and mind. Based on misapprehending the self and thinking it exists independent of everything else, we create so many identities based on our life experiences. When I was born I was named Ken. That name meant nothing. I was a blob of peeing, pooping protoplasm. But after 66 years that Ken has been a student, a doctor, a hiker, a biker, a skier, an environmentalist, a father, a husband, a Jew, a Christian and now a Buddhist. These identities are all created by the mind. If there is a soul where is it? Is it in our body or in our mind? Is it our thoughts, beliefs, emotions, sensations, perceptions? I have tried to find this little homunculus named Ken which exists from its own side and is permanent and unchanging. I can not find it.

This false sense of self, however, is very strong in all of us. It takes on a life of its own. And when we see ourselves as concrete it sets us apart from the rest of the world. It creates a dualistic view of everything. We no longer see ourselves as interdependent with everyone and everything but rather separate. And when we are separate we start to judge everything with regard to how it affects us. Does this person or object benefit me and make me happy? Does this person or object harm me and make me unhappy?

Our self-centeredness judges everything and creates attachments and aversions. We exaggerate the positive qualities of things such as money and possessions, praise, a good reputation and sense pleasures. We falsely believe these things will bring us ultimate happiness. Then we cling to those things with a death grip. The opposite is true of the things that seem to threaten our happiness. We exaggerate their negative qualities and push them away vehemently—especially people who have different lifestyles and beliefs. Anything that threatens our intense sense of self creates fear. And fear usually leads to anger.

Anger is just one of a multitude of negative emotions or afflictions that we mistakenly think is a normal emotion. But in actual fact anger is based on ignorance. That ignorance leads to distorted conceptions, which in turn lead to attachments and aversions. Attachments are emotions like greed, lust and possessiveness. Aversions are emotions like hatred, prejudice and anger. Most of us view anger in the wrong way. We say this person made us angry. This is not true. Anger is a choice. We all desire happiness in our lives. Anger and happiness cannot coexist. Think about the last time you were very angry. Did you feel peaceful, satisfied and content? Were you happy? Anger, not the person we’re mad at, is what makes us miserable.

Some might say that righteous indignation (aka ANGER) is necessary and normal under certain circumstances. What about when a young man goes into a nightclub and commits a heinous act of hate and terror using a military assault weapon? Shouldn’t I be angry at the gunman? What about his family and friends who could have notified the authorities of his intent? Or better yet, what about the 1.6 billion Muslims who in some way should be accountable for the acts of a tiny percentage of ignorant and deluded young men? That’s a lot of people I could be angry at. But let’s not stop there. I should also be angry at the law enforcement agencies who don’t seem to be able to connect the dots even when there are warning signs. And let’s not leave out our US Congress who has been unable or unwilling to pass commonsense gun legislation. I could spend all my waking hours being angry at them. And where would it get me? And why should I assume any of these people are any less ignorant and deluded than I am? Given the right causes and conditions I too might commit some heinous act. We are all in the same boat when it comes to cyclic existence. The only way out is through love and compassion. As Dr. Martin Luther King, Jr., stated in his 1964 Nobel Peace Prize acceptance speech: “Hate cannot drive out hate, only love can do that.”

Some people view Buddhists as depressing because we are talk about death and impermanence. I see it the opposite way. Buddhism reminds us of how short and precious our human life is. It’s a wake-up call to make use of each and every day to practice and develop our good qualities. The Buddhist world view as quite optimistic. Our afflictions and suffering are not cast in stone. We are not evil, despicable creatures without any hope of salvation. At the present moment we are stuck in a cycle of suffering due to our ignorance and wrong views. But this can change through the Dharma. Our task is to listen to the teachings, think deeply how we can incorporate them into our thoughts, speech and actions. and make an effort to implement them in our daily lives. If we take refuge in the eight worldly concerns, we will never change. Instead we should take refuge in the Buddha, the Dharma and the Sangha. If we open our minds and hearts to the teachings the possibilities for growth and change are endless, and the potential benefit to the world is infinite. 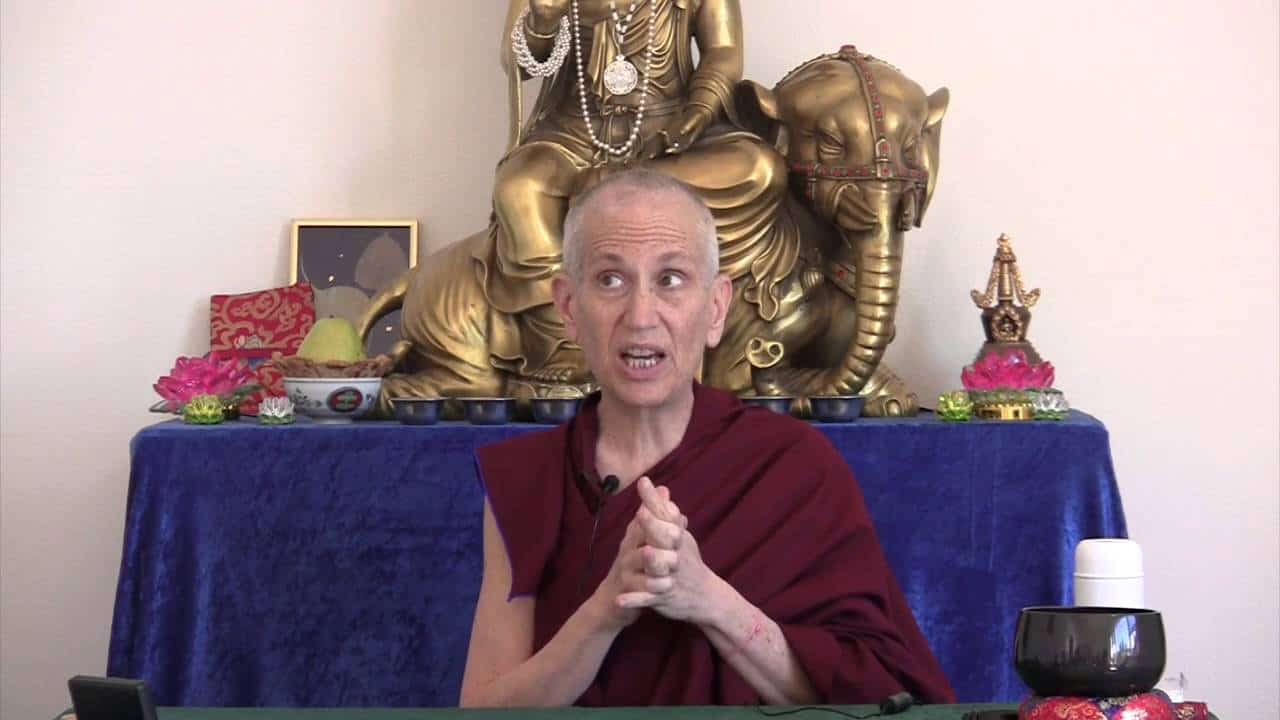 How to practice ethical conduct 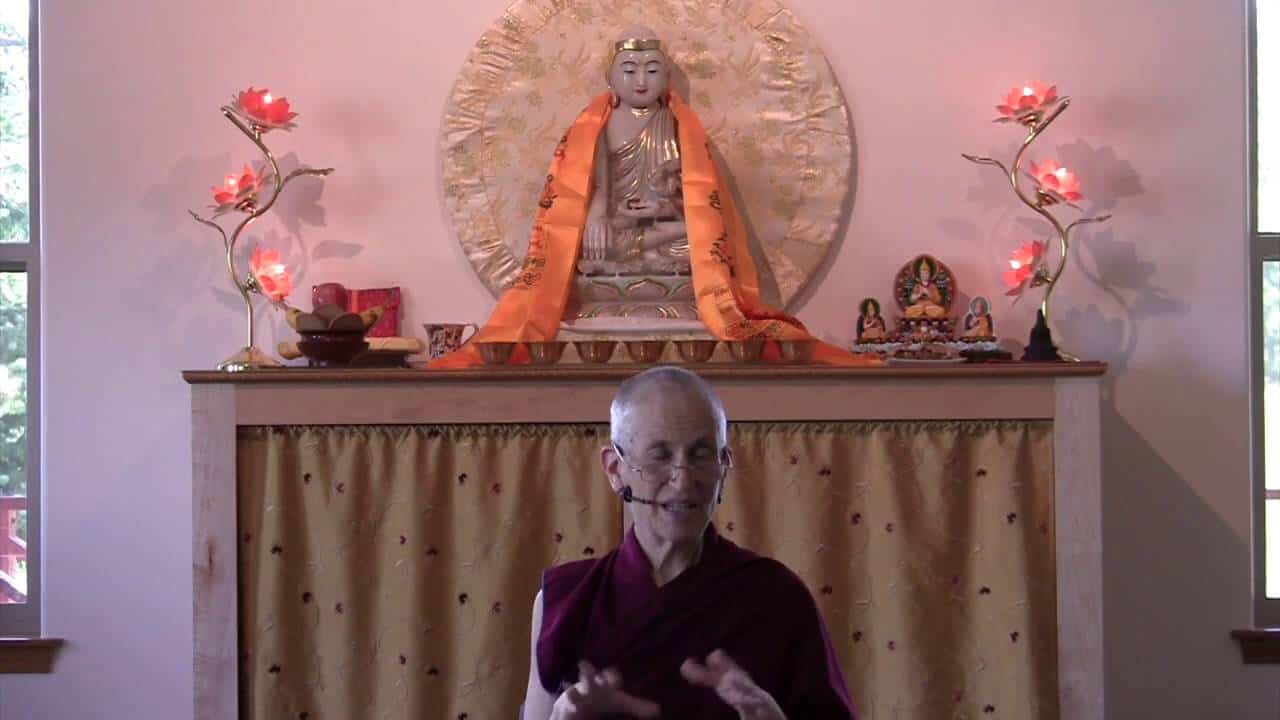