Attachment makes the world go ’round

Remaining celibate in an environment of attachment

“Love makes the world go ’round,” say the lyrics of a song from my parents’ generation. This song does not refer to the impartial love we try to generate in our Dharma practice, but to romantic or sexualized “love,” which from a Buddhist viewpoint is primarily attachment. “What’s the problem with romantic attachment?” people ask. “It makes us happy.” 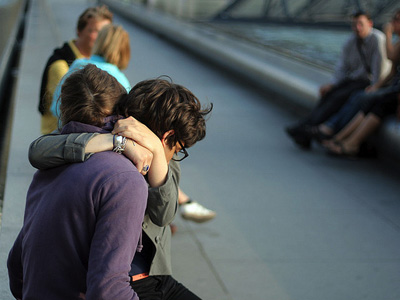 Attachment serves as our chief distraction to practicing the Dharma. (Photo by Ivan Dervisevic)

In the four noble truths, attachment is cited as the principal example of the second noble truth, the true origin of suffering, even though ignorance is the root of cyclic existence. Why is attachment given prominence here? Attachment arises at the time of death as craving and grasping—the eighth and ninth of the twelve links of dependent origination—and propels our future samsaric rebirths. Attachment serves as our chief distraction to practicing the Dharma because it’s the foundation of the eight worldly concerns. The more attachment we have, the angrier we become when we do not get the things we’re attached to. In addition, we get involved in so many negative actions in our attempts to procure and protect the objects of our attachment.

Sexual attachment is our strongest attachment. But it’s not just the physical sensations of sexual contact that we’re attached to. The emotional security of being the one special person that someone else loves plays a big part, as does the social security of fitting in with societal values by being in a couple relationship and having a family. So when we monastics look at how to keep our celibacy precept, we have to look from many different angles—the physical pleasure of sex; the emotional gratification of being loved, wanted and needed; the social acceptance of fitting in with society’s expectations. This leads us to look at our loneliness, our need for others’ approval, our relationship with our body, and several other potentially uncomfortable areas that we would rather not have to acknowledge in ourselves.

Let’s face it, for most of us the precepts involving sexuality and all of its ramifications are the most difficult to keep. When Shantideva talks about being courageous in our combat with disturbing emotions, he’s talking precisely about these dicey areas. As sincere Dharma practitioners, we can’t dodge difficulties by diving into samsaric pleasures, and we can’t eliminate them by repressing and refusing to look at them.

As we start to explore these areas, we become aware of the protection from attachment that living in precepts offers us. We discover that it’s not just the parajika (root downfall) of sexual intercourse that is involved, but many other precepts also have to do with sexuality in one way or another. The precepts to avoid wearing ornaments, singing, dancing, or watching entertainment protect against ego sneakily seeking to attract a special someone. The precept prohibiting matchmaking and performing wedding ceremonies guards us from fantasizing about couples’ activities and feelings. The precept of wearing robes guards against subtly flirting with those we’re attracted to. We become more aware of how we walk, how we speak, how we use our eyes to communicate as all of these everyday activities can be hijacked by attachment seeking a romantic relationship.

The lamrim speaks of six factors causing disturbing emotions to arise: 1) dependent basis, 2) object, 3) detrimental influences, 4) verbal stimuli, 5) habit, and 6) inappropriate attention. Let’s look at these in terms of how they relate to romantic love (i.e. attachment to the physical, emotional, and social “benefits” of being in a couple relationship). Then let’s examine how to work with some of the difficult issues we uncover by trying to give up romantic love.

These six factors that cause the arising of attachment help us understand the workings of our mind better. This, in turn, enables us to be more aware and conscientious, and consequently happier and more peaceful.

One challenge to learn to handle is the physical energy behind sexuality. For this Lama Yeshe recommended the seed syllable meditation. I find directing that energy into visualization of the Buddhas and deities helpful as well.

Another is the mental energy that collaborates with sexual energy. This produces the spectacular visualizations we have of the people we’re attracted to and what we want to do with them. Visualizations of the insides of the body work wonders as counterforces. These are described in the Vinaya as well as in Shantideva’s Guide to a Bodhisattva’s Way of Life. If we do them, they work. The problem is we usually talk about these meditations but are resistant to contemplating the body’s insides.

A third challenge is loneliness and feelings of insecurity. To counteract this, let’s remember that whenever we seek refuge in another fallible human being, we set ourselves up for disappointment and pain. I find that when my practice is going well—when I’m putting energy into Lamrim and thought transformation—my mind feels close to the Three Jewels and my spiritual mentors. This closeness fills the emotional hole and inspires me to practice more. Also, when I do the meditations to develop bodhicitta, my heart opens to others and the feelings of being cut off from them vanish.

A fourth is societal expectations to be in a couple relationship. We have bought into these expectations without being aware of it. The antidote for this is to remember impermanence and death and the disadvantages of cyclic existence. When we understand these deeply, our priorities become very clear; we know deep in our hearts that enlightenment is what we really seek.

Monastics often find sexuality and emotional involvement difficult to discuss. Sometimes we believe that if we admit we have these feelings, others will think we aren’t good practitioners. Let’s be realistic. We all have those feelings, at least until we attain high levels of the path. If we hide them away with shame or fear, they fester under the surface and sabotage our Dharma practice and our well-being. If we accept and admit their presence, we can work with them.

While we need to be alert to the arising of loneliness, attachment, and sexual desire, let’s not get down on ourselves when they are present. When we deeply investigate how they operate, we may even see the humor in them. After all, when our mind is under the sway of a disturbing emotion, isn’t its way of thinking hilarious? Not taking ourselves or our issues so seriously brings a certain light-heartedness and joy to our practice and to our lives. 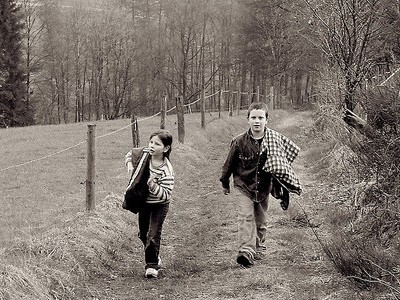