The Eight Dangers 11: The thieves of wrong views, part 3 (download)

The thieves of distorted views.

“Roaming the fearful wilds of inferior practice—” So we explained what that meant.
“And the barren wastes of absolutism and nihilism—” We explained that.
“They sack the towns and hermitages of benefit and bliss—” Meaning upper rebirth, liberation, and enlightenment.
“The thieves of wrong views—please protect us from this danger!”

If we look at the noble eightfold path—when we talk about the four noble truths, the truth of the path, one way to explain it is in terms of the noble eightfold path—and the first of those is “right view,” which is the opposite of wrong view. What that means is at the very beginning of starting to practice it’s very important to develop the correct view.

Here the correct view is, in particular, referring to the view of karma and its effects, because in order to really practice we have to have some idea of karma and then get our lives in order so we stop creating so much negative karma by avoiding the ten non-virtues, and then by practicing the ten virtues, creating a lot of positive karma. That’s how we explain “correct view” at the beginning.

From there you go to correct thought—which is the motivation for practicing the path—and then correct livelihood, and action, and speech, and effort, and mindfulness, and concentration. But as you’re getting towards the end, towards mindfulness and concentration, then—although it isn’t spoken—you come upon “right view” again. Because at the end of the eightfold path what you want to focus your mindfulness and concentration on is the right view, but here meaning the right view in terms of the understanding of emptiness. So, at the beginning we really need to have a good understanding of the Buddhist worldview. And I think that’s why His Holiness really emphasizes doing the lamrim meditations and going through all these different topics and becoming familiar with them, because in that way we get the view of how the Buddha is presenting the teachings.

As I’ve said before, people can benefit a lot from the teachings without having the view of rebirth and samsara and nirvana and so on. But if we’re really serious about attaining awakening then we need that worldview of rebirth and samsara and nirvana, and to understand what they are, because the teachings are spoken on the support of that worldview. And the meaning of “precious human rebirth” is something different if you have that worldview than if you don’t have that worldview. And the meaning of refuge is different. And the meaning of bodhicitta and compassion and all these things are different if you have that worldview than if you don’t. And so that’s why it’s so important to really become familiar with that worldview. And even though it may not automatically be familiar or make sense to us, not to push it away but kind of “play” with it, if you will, in the sense of just thing, “Well, how would that affect how I see life and explain things if I had that worldview?” And really think of how it all fits together. And then slowly, gradually, as you study more, as you think more, as you meditate more, then the worldview begins to make more sense and it becomes your worldview. And then that opens the door to really seeing much more profound levels in understanding the teachings. Because like I was saying, bodhicitta means totally different things if there is rebirth than if there isn’t rebirth. Completely different. Okay?

Audience: Does it apply to sutra and tantra?

Venerable Thubten Chodron (VTC): Yes. It applies to sutra and tantra. Because tantra is based on sutra, on the sutra viewpoint. You can’t practice tantra without this worldview.

Audience: Last night when the couple was talking about the men incarcerated and that there’s this feeling in a lot of our world that people cannot change, so why bother punishment and not changing— The whole idea that we cannot change… Is that part of the wrong view of absolutism or is it just the wrong view of things being truly existent?

VTC: Okay. So when we were at a discussion last night about prison work and somebody was saying that so many people have the view that human beings can’t change. So which part of the wrong— Is that absolutism, is it nihilism?

Audience: Because it’s interesting that we have that view accepting impermanence in certain agreeable societal levels, but when it gets down to biases that we have in relationship to each other then it becomes a permanent situation, it’s not changing…

VTC: Well, even the whole way we do self-deprecation, you know, “I’m such an unworthy person…” That’s also falling to the view of true existence and absolutism. And the fact, like you said, that on one level “yes, yes, everything changes,” on the other level, “everything’s inherently existent…” This shows how completely confused we are. Yes? And how we don’t even notice our confusion. 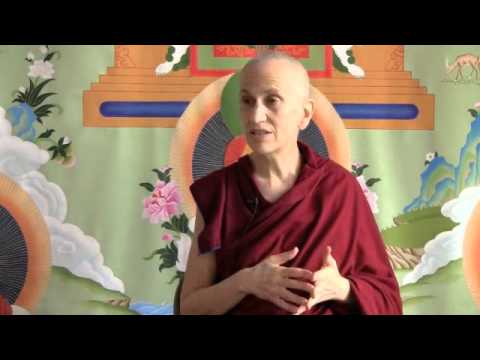 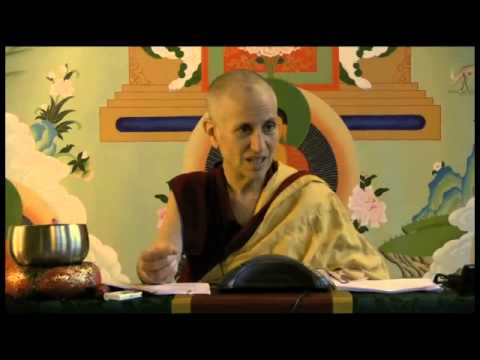 Emptiness of the body