The Eight Dangers 10: The thieves of wrong views, part 2 (download)

I think we were in the middle of the “thieves of wrong views.”

“Roaming the fearful wilds of inferior practice.” What is inferior practice? It means—here—practicing some spiritual path with distorted views, or wrong views. That’s called an inferior practice because it’s not going to get you to liberation or enlightenment. Okay? So, examples of it— “And the barren wastes of absolutism and nihilism.” Okay?

Absolutism and nihilism are examples of wrong views that one would adhere to if one followed an inferior practice. So, for example, being nihilistic would be like saying, “There’s no such thing as mind. The mind is just a property of the brain. Everything we are is due to our genes, due to our chemical functioning in our brain. So we have no personal responsibility for anything we do.” That would be a wrong view.

Or another nihilistic view would be saying there’s no such thing as rebirth. That when we die we’re dead, the mind discontinues, the person discontinues. There’s nothing.

So that would be on the nihilistic side.

Of these two things—the absolutist and the nihilist—the nihilist is said to be worse because if you have a nihilist view regarding ultimate truth then you’re going to deny the law of cause and effect and say karma doesn’t exist, rebirth doesn’t exist. Whereas if you have an absolutist view, you might still believe in karma and rebirth, and just see them all as truly existent. But still you’re going to have some energy to keep good ethical conduct because you believe that there’s a next life and what your actions do will influence it. Okay? So in that way you can see that people from other religions still could create good karma because they may have an absolutist viewpoint, but they have respect for the fact that their actions have some ethical implications. Whereas somebody who says, “There’s no consciousness whatsoever,” or, “there’s nothing after death,” or, “There’s no good, no bad…” Then they don’t have any kind of restraint in terms of their ethical conduct.

We’ll talk some more about wrong views. I think it’s an important one. 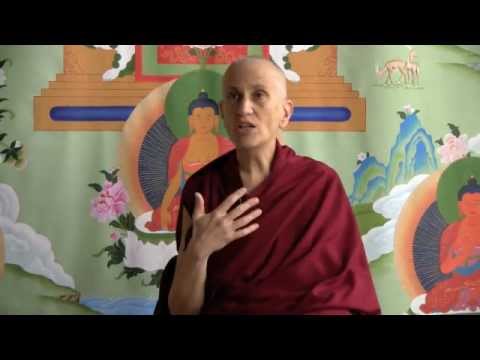 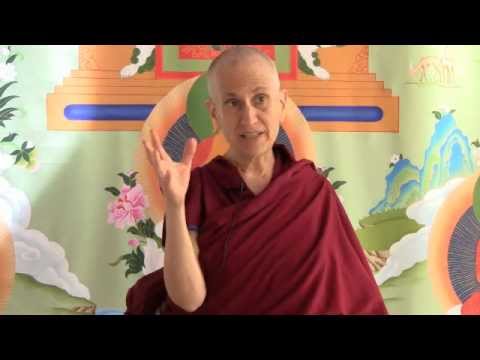