We were talking about the seven arya jewels because here in the 40th prayer it says,

“May all beings attain the seven jewels of an exalted beings (faith, ethics, learning, generosity, integrity, consideration for others and discriminating wisdom).”
This is the prayer of the bodhisattva when seeing someone engaged in business.

You’re getting not material jewels, but spirituals jewels, which are: faith, ethical conduct, learning, generosity, personal integrity, consideration for others, and discriminating wisdom.

We’re talking about faith, the first one, and there are three kinds of faith (in the general description). The first kind of faith is called clear faith or lucid faith. This is the kind of faith that sees the qualities of, for example, the Three Jewels. It’s able to see the qualities and understand them and appreciate them.

The third kind of faith is called convinced faith or convictional faith. It’s the kind of faith that comes around through understanding, through learning. This can come about in two ways. On an initial level, it might be faith because we heard in a teaching about emptiness, or what liberation is like, what enlightenment is like, or what the bodhicitta is like, and we have some conviction in them through having heard the teaching from another person. Then a higher, more reliable kind of level, convinced faith is after we have thought about that teaching ourselves and, through having thought about it, we understand it, we know its causes, how it can be produced. We see that it can produce certain effects and what those effects are. Through actually understanding what the Three Jewels are, what samadhi is, or whatever it is, then we have convinced faith, and this faith is much more stable because it’s based on investigation and understanding.

You’ll see that sometimes, at the beginning we don’t know much so we learn and have some kind of faith just by believing and seeing the qualities. That faith isn’t so stable because somebody else comes and talks about the guys from outer space who have even better qualities and they’re certain to appear to you and take you in their spaceship to the pure land and wow, it sounds good and its much easier than this “three countless great eons” business, and so our faith shifts.

Geshe Sonam Rinchen, when we were studying Madyamaka, we would study different non-Buddhist views and we would say to him, “Why are we refuting these, because who would believe this stuff anyway?” The view seemed so weird to us. He said, “Look, these views are not believed in by people who are idiots. They are views that they worked out by logical reasoning.” That was not correct logic but some kind of reasoning, some kind of logic, or through some kind of meditation experience, that again wasn’t a correct meditation experience. He said, “If you met one of these teachers and they taught you this, you would believe it. You’re not as smart as you think you are.” He didn’t say that last part. That’s what it did to our arrogance.

In other words, if we haven’t investigated something thoroughly so that we understand it, if somebody who is very articulate comes along with another system and explains their philosophy, “Well that sounds pretty good,” we switch over. That’s why it’s so very important to really think about things and make them our own through understanding them and thereby have faith. Here, where we have that kind of faith, faith and wisdom really complement each other. It’s like I said before when we started talking about faith, faith makes our minds kind of soft and receptive. We get rid of this harsh skepticism and doubt, “show me” attitude. Faith makes the mind more receptive, which facilitates wisdom, so that we’re better able to hear. Then after we hear, we think about and gain some understanding of it. Of course when we’ve gained some understanding through looking at it with wisdom, then our sense of confidence in that teaching or on the objects of refuge or emptiness or whatever realization it is, or in our spiritual master, because we’ve looked with wisdom, then our faith increases. You see that faith and wisdom from the Buddhist perspective are not contradictory things. It’s not like at the time of the renaissance, faith was the direct opposite of science and religion was faith and science was wisdom. Buddhism doesn’t see things like that. Buddhism contains both faith and wisdom and they mutually enhance each other. That’s important to understand. 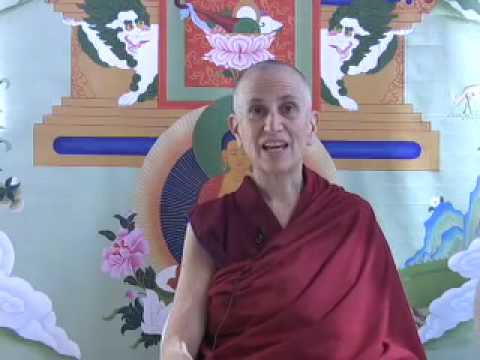 Verse 40-1: Faith in the Three Jewels 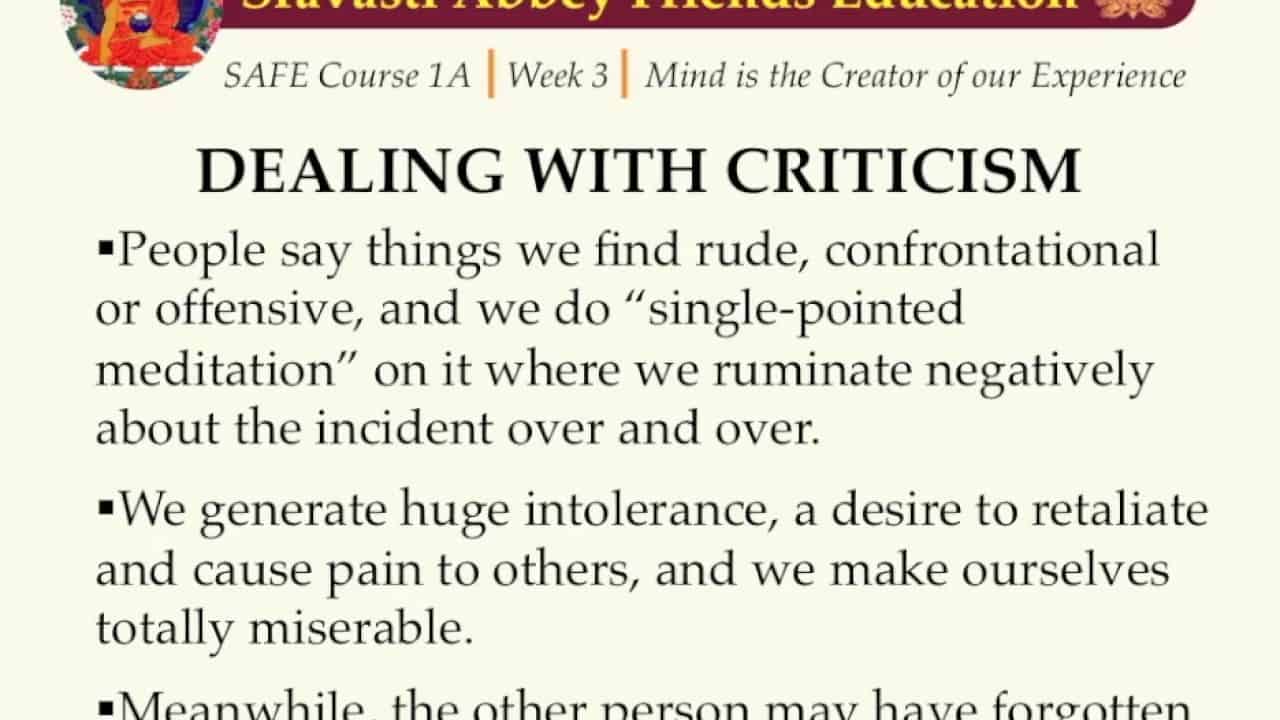 Mind is the creator of our experience