Sutra in response to a query over what happens after death: a review

Central Institute of Higher Tibetan Studies, Sarnath, UP, India
This article is put on thubtenchodron.org with the kind permission of Geshe Damdul Namgyal, 2008. It will be published in “Dhi” the periodical of the Central Tibetan Institute for Higher Buddhist Studies in Sarnath, India, as well as in “Dreloma” the periodical of Drepung Loseling Monastery in Mundgod, India.

A sūtra by the title of ayuspattiyathakaraparipicchasutra1, roughly translated to The sūtra (spoken by the Buddha) in response to a query over what happens after death occurs in the pages between 145b-155a, within volume ‘Sa’ of the ‘Discourse’ section of sDege edition of the Tibetan Kagyur canon. In this sūtra, someone by the name of Nandaja, who was successful in all the worldly sense of the word, suddenly dies, plunging all his dear and near ones into an irreparable sorrow. In their grief and despair, they are gathering offerings in the form of ornaments, eatables, clothing, etc. around his body, and are wishing him well in his next journey. Watching all this, King Suddhodana2 is filled with questions, impatient to find answers to them. Just then, he sees the Buddha along with his followers proceeding towards the scene. The king feels much relieved and seeks Buddha’s permission to pose those questions. At Buddha’s consent, the king asks several questions related to the next life. The Buddha responds to each and every query, and at the end illustrates the whole concept through a set of eight everyday life examples.

Without tampering with the meaning of the sūtra, I have merely attempted to polish the language and organize the content a little so that the sūtra is more intelligible and easy to follow for the modern audience. With the background and colophon of the sūtra having been briefly represented at the opening and end respectively, I have brought out the content of the sūtra in the main. Though every care has been taken in doing full justice to the interpretation, any lapse that may have crept in is wholly mine. Suggestions for improvement and comments on the revision effort are most welcome.

O Bhagawan! Does one, after passing away from this world, come to naught and not get re-born at all, like fires burning out and leaving ashes in their wake? 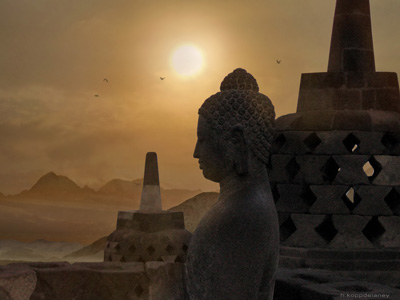 Just as the sun rises again the next day after it had set and gradually given way to the night, likewise one takes a next life after passing away from the present one. (Photo by Hartwig HKD)

Response: No. For example, where there is a seed, there will be its resultant sprout. This life is like the seed and the next life, the sprout. So, the next life follows in the wake of the present one after this life has ceased. Besides, just as the sun rises again the next day after it had set and gradually given way to the night, likewise one takes a next life after passing away from the present one. If there were no such thing as taking a next life, it would be logical that all the living beings would be extinguished by now. Since that is not the case, there is certainly a next life. This is like the physical plants and trees growing up again after having dried out due to the ravages of time.

O Bhagawan! Will the sentient beings that pass away from this world be born into types of rebirth without alteration? For example, will the gods be reborn as gods? Likewise, the humans as humans, animals as animals, famished spirits as famished spirits and hell-beings as hell-beings?

O Bhagawan! Can gods, after death, be born into other types, such as humans, etc.? Likewise, can the humans, the animals, the famished spirits, and the hell-beings, after their deaths, be born as other beings such as gods?

O Bhagawan! When sentient beings pass away from this life, they retain in the next life the same circle of family members as in this present life such as the parents, the grandparents, the great grandparents, etc. whom they had been born with life after life from the beginningless time. Such is the understanding of the ordinary people. Is this true?

Response: Among those now alive, there are some who are wealthy at birth, but become poor later in life. There are others who are destitute from birth, but later become rich. So, affluence and poverty are undoubtedly impermanent.

For instance, in the world when the conditions of warmth and moisture are present, leaves and branches of plants flourish, whereas in conditions of extreme cold and lack of moisture, they dry out. Similarly, with the conditions of generosity, etc. one becomes rich, and with the conditions of theft and stinginess, one becomes destitute. There are those who remain rich through lifetimes because of having engaged in acts of generosity without break. Whereas, with interrupted acts of generosity, engaging in it sometimes and not other times, or by regretting one’s act of generosity, one may become poor either in the early part or later part of one’s life. With persistent theft and stinginess, one may remain poor throughout several lifetimes. However, there are those who became rich in certain lifetimes or in either the earlier or later part of a particular life after one had regretted one’s acts of theft and miserliness. Poverty and deprivation do not emerge from generosity, nor does affluence emerge from stinginess. Also affluence and poverty do not necessarily alternate over lifetimes.

O Bhagawan! Those who are left behind such as the relatives, etc. give away food and drinks, no matter how little it may be, and dedicate them for the deceased. They believe such items will last unexhausted for eons for the deceased to partake of. Such is the understanding of the ordinary people. Is this true?

O Bhagawan! If that is the case, does it then mean that all our acts of dedicating things of use in this life such as food, vehicles, clothes and ornaments to the deceased are meaningless?

O Bhagawan! Whatever words and secrets sentient beings share with their relatives, etc., and whatever physical features they may have at the verge of death will be spoken and shown to relatives, and accordingly their living relatives shall hear and witness them subsequent to death. Such is the understanding of the ordinary people. Is this true?

At this point, Devadatta11 and Mahanama of Sakya clan, both of whom are there, express their disbelief in what the Buddha said about what happens in the wake of death. In order to test the Buddha’s claim to omniscience by means of which He sees all this, Devadatta cuts branches of every tree and shrub and burns them. He then puts the ashes into separate pouches and marks each so that he wouldn’t himself confuse which pouch has the ash of which tree. He then brings them to the Buddha and asks Him which tree the ash is from. The Buddha answers each and every one of his questions correctly without a single error.

Similarly, Mahanama of the Sakya clan goes about the great town of Kapila12 and collects a handful of rice from each family. He puts the rice into separate pouches and marks each so that he wouldn’t himself confuse them. He brings an elephant-load of rice pouches to the Buddha and asks Him which family each pouch of rice is from. The Buddha answers each and every one of his questions correctly without a single error.

O Bhagawan! Sentient beings who have committed unwholesome actions such as the boundless crimes and are certain to experience their horrible karmic consequences, by what means could they attain a happy rebirth?

O Bhagawan! When sentient beings die and take rebirth, there is neither something permanent transmitted, nor is it that everything discontinues, nor is it that there is no cause at work, nor is this all a handiwork of the Creator, and yet rebirth into the next world takes place. This is all difficult to comprehend. Are there supporting examples for this?

There are eight supporting examples13 for this.

Through these examples one may arrive at understanding.

If you ask why it is not so, here are the reasons:

O Great King! Let it be known that sentient beings take birth, die, migrate to the next life, and undergo change in the above ways.

With this admonishment, the sutra concludes. This sutra is said to have been translated during the earlier dissemination of the Doctrine and it was not edited or polished in the process of standardization. 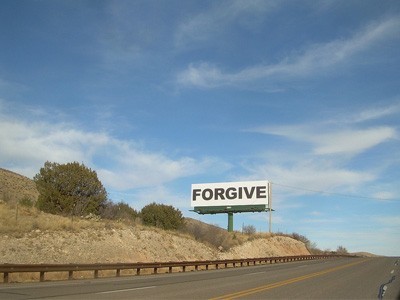 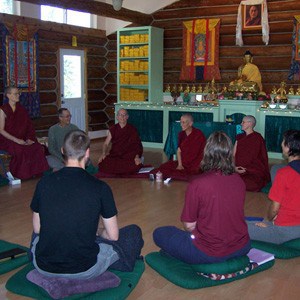 Deciding to become a monastic