When you forgive someone it means that you don’t hold onto hurtful feelings that really only hurt you. If they ask you for forgiveness, you can give it to them, but really you already forgave them internally because you need that closure and peace to move on. It doesn’t mean that you have to forget what they did. Actually you should be wary of them, because they have already shown that they have the potential to harm you.

Who do we need to forgive? Basically anyone that we hold harmful feelings towards, harmful feelings being anger or grief—even confusion over why they did it could be a harmful emotion. So we just accept the fact that they did it and move on instead of internally playing the tape of all the ills they caused us, thus causing ourselves even greater harm and hurt than they could have ever hoped to accomplish.

The benefits of forgiving that person are the ability to move on and resolve the issue inside of ourselves, thus giving us a measure of closure. But, more importantly we gain peace over the whole situation. Forgiving someone has nothing to do with who was right and who was wrong. It is only absolving ourselves of hurtful emotions.

A lot of the time, the person we need to forgive the most is ourselves. We, after all, cause ourselves so much more harm than anyone else ever could. We are always in some sort of internal conflict with ourselves, which means that we have the greatest opportunity to practice forgiveness right where we are, starting with ourselves. Often, we are not able to forgive others or ourselves because of a desperate need to be right, or at least to not admit that we are wrong. Sometimes forgiving ourselves is so hard because we have to admit to ourselves that we are not the perfect being that we assumed we were. We have to look at the nasty and mean things that we have done in the past—things that we have every right to be ashamed of, but that isn’t productive and it doesn’t help us anyway. In fact, it compounds a situation that already is causing us pain. Forgiveness is like so many other steps in our Dharma practice. It requires honesty. And honesty requires we take a good, hard look at things we’d rather forget, even when we are raking ourselves over the coals about them.

The best way to overcome the impediments to forgiveness is to remember we are in a constant flux. Who we were when we did the awful things is not who we are now. We also have to remember that we are not fortunetellers and were not necessarily aware of the pain those actions would cause us later. It could have been an accident or a mistake. Everyone makes them; nobody’s perfect yet. The same, of course, applies to other people. They’re not the same now as they were then, and of course they’re not fortunetellers. So how could they know that whatever they did was going to hurt us so much? Besides, even if they did it on purpose, even if they knew it was going to hurt us, who cares!? Forgiveness is about helping ourselves (even our perceived hurt is perceived by us), so if we learn to let go, we’ll all be a lot happier.

The word apology actually means to express regret or a formal justification or defense. So this could be a little tricky. All right, let’s just assume that we’re not talking about some kind of formal defense, because that’s not an apology, that’s a defense. Most defenses are to repel an attack, and everyone knows that the best defense is a good offense. So let’s not go that route. Let’s also not go the way of justification, because in all actuality, that’s what most apologies are—justifications. We’re not asking for forgiveness or displaying regret but we’re giving a persuasive speech to try to bring around the offended person to our point of view. Let’s not do that either. So I’m going to go ahead and assume that an apology is just that—someone showing regret.

Just like forgiveness being an internal act that we do to let go of past hurts, apologizing is an external way we let go and help others move on. It’s a lot like charity: both the giver and the receiver take part in the blessing. If we have regret over something that we did to someone else, we apologize. What happens if they don’t accept it? Who cares? Just like forgiveness we are doing this for ourselves. True apologizing focuses more on the other person, but generally it’s an outward symbol of an inner change. It they don’t accept your apology, we still gave it. Besides, we gave them the chance to practice forgiveness,

Again, just like forgiveness, apologizing is for our benefit to know that we did everything we could to remedy a bad situation and then let it go so that hurt won’t keep hurting us years later. Often what stops us from apologizing is the desperate need to be right. Again, as in forgiveness, who cares who was right!? Really, twenty years from now, do we really care who called dibs on the last red jelly bean!? Seriously, right or wrong, apologizing is the second healthiest thing to do, forgiving being the first. And most of the time, if we’re honest with ourselves, we generally have to forgive ourselves for being bullheaded, whether we were right or not, before we can apologize to anyone. The biggest step in apologizing to someone we have wronged is to first forgive ourselves. 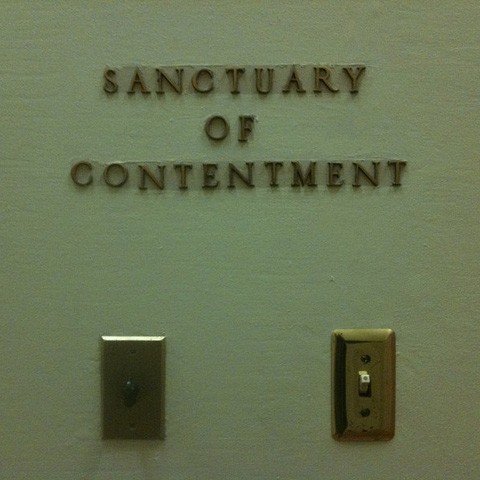 Sutra in response to a query over what happens after death: a review