My family took a few days vacation to Glacier National Park. Overall, it was a fun trip. What I found most interesting, however, was the state of my mind.

You’d think being in such an amazing natural setting that I’d be happy and content the entire time. Such was not the case. The first day of the trip I was grumpy and even angry sometimes with people. I tolerated those around me, particularly strangers. I just wasn’t in the mood to be around people, which seems an odd frame of mind for someone who intentionally went to a national park during the height of tourist season.

The second day I was feeling better, right up until we found ourselves following a red truck on a mountain road. It went very slow, so we were delayed. I got irritated and started blaming the people in the truck. In fact, in my mind they could do nothing right. I had to shut my window to avoid breathing their second-hand smoke, and they continued to inch along the road. These people occupied our conversation the entire trip down the road until, when we were nearly to a point where we could pass them, they decided to pull off to the side.

Where did all this anger come from?

I started to ask myself where all this anger came from. In doing so, I remembered all the times in the recent past I got angry over small things. Questions began to pop up. "Why am I so full of anger all the time? How come something so seemingly insignificant as a few inconveniences seems to set me off so easily? What can I do to get rid of this anger?" And so on…

When I thought about myself as being "full" of anger, at first it felt like something I had to figure out, to determine where it came from so I could be sure not to pick up anymore. Then I needed to figure out how to get rid of it so I could be the person I wanted to be. By thinking this way, the anger felt like a part of me. It felt solid, inherently existent, as if I could hold it in my hand. In the past, when I worked to eliminate this part of me, I would feel bad about myself. Sometimes I blamed others for "making me angry" or for being the reason I carry anger around with me. Before I knew it I would identify myself as an "angry person."

The primary problem with this way of thinking was that it has never helped me stop being angry nor has it helped me become a kinder, more compassionate person. Instead it encouraged me to identify with anger. Thinking of myself as an angry person somehow justified behaving in an angry manner. It also encouraged hopelessness because after over 40 years I still hadn’t found a way to extract this ugly thing from who I believe I am. 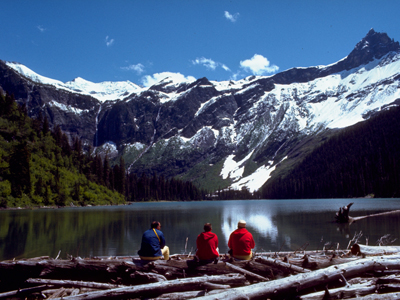 The way we think and behave are choices that often come from habit.

The next morning I woke up and did some meditation on the Eight Verses of Thought Transformation hoping to set a better tone for the day. Then I realized that I had been thinking about anger in entirely the wrong way. Instead of seeing anger as a solid part of myself, what if I thought about it as a habit I have created through years of practice?

When I thought about anger as a bad habit, I realized that this anger was not an inherent part of me. It wasn’t something I had to dig out and discard like an infected appendix. I was no longer rejecting a part of me. Suddenly I could see it as a choice that, with some awareness and practice, I could choose to change. There was no one else to blame. Now I knew where it came from—my choices!

Thinking in this way was incredibly liberating. Suddenly there was no "good me" and "bad me," "happy me" and "angry me." There was just this habit, this choice in thinking and behavior. I was no longer an "angry person." Anger felt empty, entirely dependent on causes and conditions that my own mind created.

To be the person I want to be, I just need to train my mind in alternative ways of thinking so I can effect a change in my behavior. Of course it won’t be easy but then being angry has never been easy either. There is hope!