Je Tsongkhapa’s Contribution to Spreading Compassion in the World

Bhiksuni Thubten Chodron was invited to speak at The International Conference on the Life, Thought, and Legacy of Tsongkhapa held at Ganden Monastery in Mungdod from December 18 to 23, 2019 to commemorate the 600th Anniversary of Je Tsongkhapa’s parinirvana. She shares her presentation given as part of a panel on Tsongkhapa’s contributions to lamrim, lojong, and compassion training, revised for print in the RDTS Magazine, where this talk was published.

As a Buddhist nun who teaches in the West and in the East (Taiwan, Southeast Asia, and Indonesia), I often share the Buddhadharma with audiences from diverse walks of life who did not grow up as Tibetan Buddhists but came to it as teenagers or adults. Due to their social, cultural, and educational backgrounds, they carry certain preconceptions with them about the meaning of compassion and altruism that can become obstacles in their Dharma practice. Here I would like to share how, through the example of his life and teachings, Je Rinpoche can help Westerners and non-Tibetans to cultivate genuine compassion for the benefit of others and themselves.

One of the foremost things I appreciate about Je Rinpoche’s life is that he showed through personal example the importance of both study and practice and the necessity to build a firm foundation of the Buddhist world view and engage in the preliminary practices. This sends a strong message to those people who would like to skip the preliminaries and the foundational teachings on the four truths and go straight to tantra because that’s the highest practice. Je Rinpoche teaches us by example that we need to have our feet on the ground when practicing the Dharma. He learned and meditated on the foundational teachings and then engaged in the various ngondro, or preliminary practices to tantra. I also admire his nonsectarian attitude of learning from a wide variety of scholars and practitioners, which is quite different from what we sometimes see in Buddhism in the West, where people praise the non-sectarian approach, but don’t go to Dharma centers in a different tradition. Je Rinpoche’s life shows us the importance of cultivating a broad perspective and having an open mind.

But his open-mindedness is far from belief without investigation. He emphasized the value of employing reasoning to not only gain wisdom but also to build faith in the Three Jewels and in the method side of the path. For example, society in general often considers compassion to be sentimental and emotional to a fault when that is not the case. Here I’d like to mention some misconceptions that people who did not grow up as Tibetan Buddhists often hold about compassion, and how Je Rinpoche’s approach counteracts them:

Another important topic related to cultivating compassion is ethical conduct. One of Je Rinpoche’s foremost contributions to Buddhism in Tibet was reviving the Vinaya, or monastic discipline. In our day too, the importance of ethical conduct needs to be emphasized; unfortunately, there have been many scandals in recent years due to some monastics’ improper behavior. I am often invited to teach in East Asia and Southeast Asia, and unfortunately Tibetan Buddhism doesn’t have a good reputation among many people. It is associated primarily with Tantra and people’s image of Tantric practitioners is that they drink and have sex. Many lamas travel to this region and give initiations. They ring bells, play drums, and so on, but they don’t always teach the Dharma. As a result, some Buddhists there think that Tibetan Buddhism isn’t really Buddhism but is closer to magic and fortune telling. This makes me sad because our tradition is so rich.

The behavior of some monastics who teach in these areas has also led to many people slandering Tibetan Buddhism in general as well as His Holiness and Dalai Lama. This occurs because some monks are not keeping their precept to avoid sexual conduct. This may be difficult to acknowledge, but I bring this up because it’s an important issue that needs to be addressed and corrected. All of us are responsible for upholding Je Rinpoche’s legacy, whether we are ordained or lay, scholars or practitioners. To pass this legacy to future generations, ethical conduct is crucial, especially on the part of monastics.

Another difficult topic is monastics going to these regions to seek donations, supposedly for their monasteries, but actually for their own pocket or for their families. This too gives people a bad impression of Tibetan Buddhism.

If we appreciate Je Rinpoche, we will do our best to put his teachings on compassion and ethical conduct into practice. I know that Je Tsongkhapa saved my life. I was born and grew up in America at a time when the Dharma was not widespread. As a young person, I was looking for meaning and when I encountered Je Rinpoche’s teachings it gave purpose and meaning to my life. His teachings have so much potential to help individuals, societies, and the world, but in order for that to happen, we have to show this by our own example. In that regard I would like to commend the efforts of the Reimagining Doeguling Tibetan Settlement project, that continues its good work to preserve and spread the rich legacy of Tibetan Buddhism and culture. Your activities, from working to improve the infrastructure of the settlement for locals and visitors, to supporting the healthcare and nutrition for monastics (especially the nuns), to helping to sustain the monasteries and nunneries where these teachings are taught and preserved, are remarkable. May all our efforts enable Je Rinpoche’s teachings and the precious Dharma to continue to flourish in the world.

For the audio version and transcript of this talk, see “Clarifying misconceptions about compassion“ 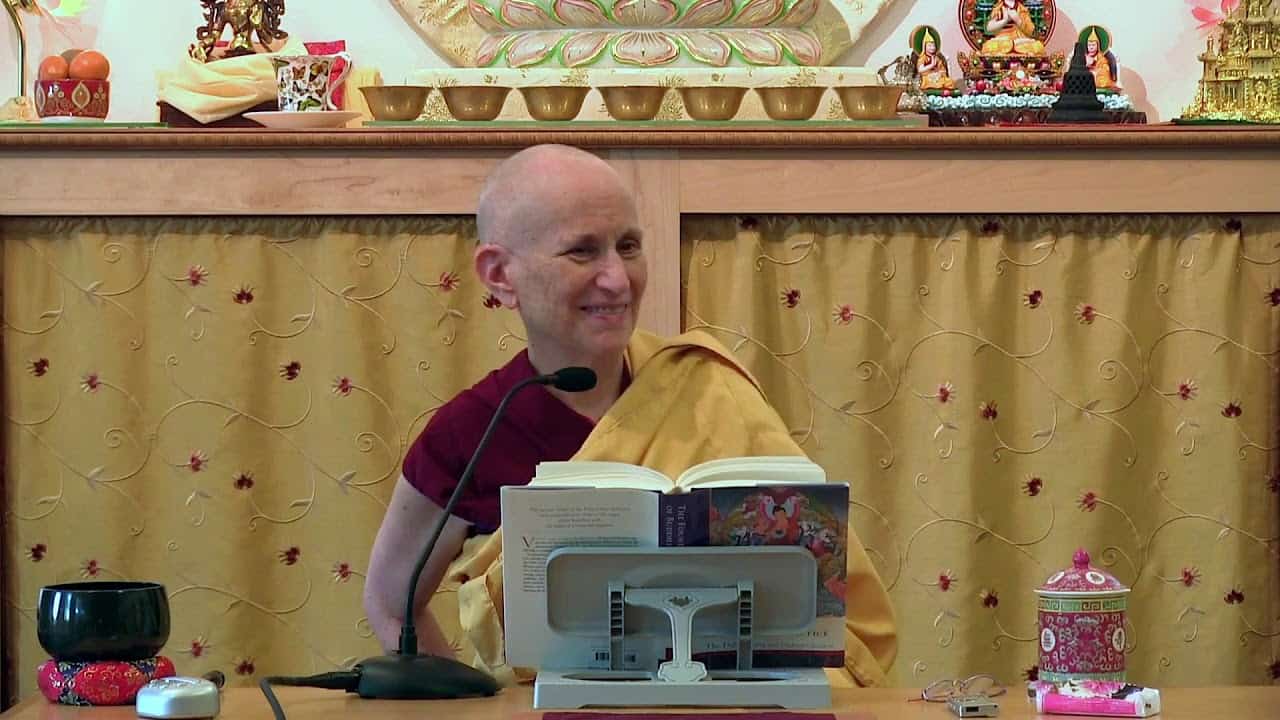 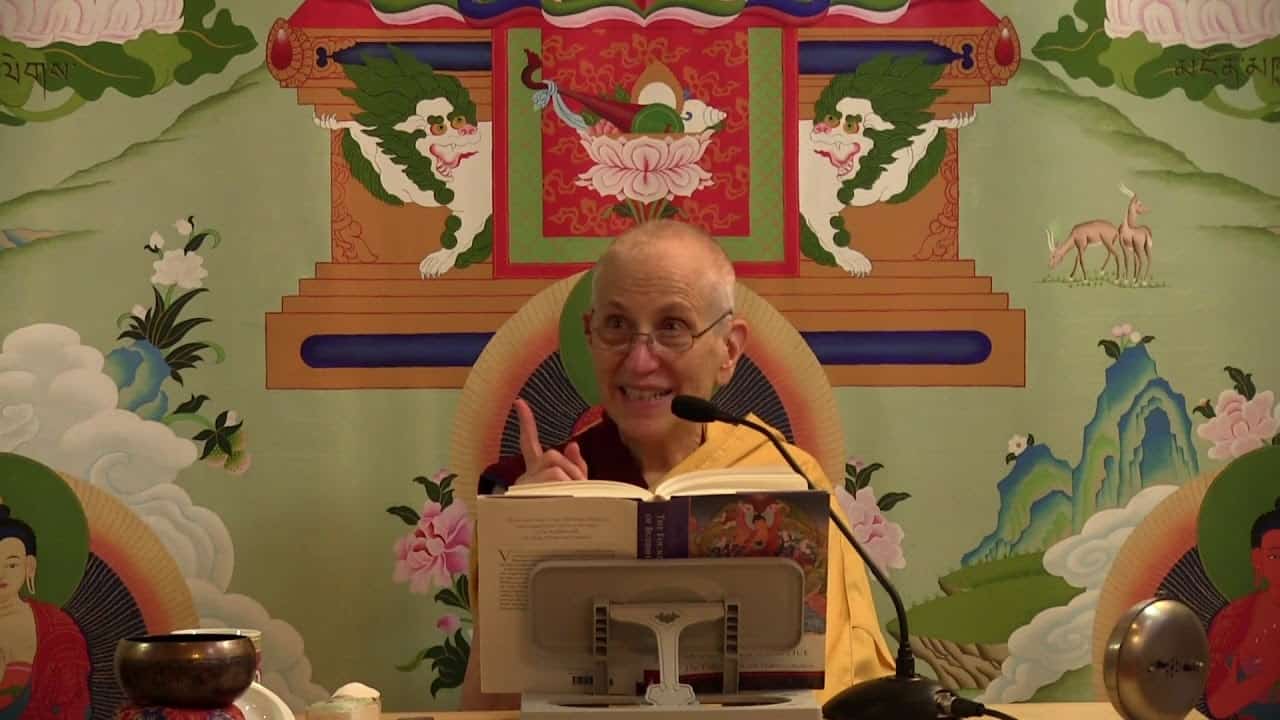 The essence of a meaningful life