Logic and debate in Buddhism

Logic and debate in Buddhism

Do I think it’s necessary to learn Buddhist logic and debate to make progress on the path?

I personally like learning the reasoning and philosophical kinds of things and debate, but I see that it doesn’t always work for everybody. Another style of practice may be more suitable for some people, where they’re at at that present time. Just as the philosophical studies may be more suitable for another group of people according to where they are at that particular time.

I think also depends on how the philosophical studies are taught. Because the way they’re usually taught is you’re given a syllogism: “Sound is impermanent because it’s a product of causes.” Then you learn all about syllogisms and right reasons and wrong reasons based on syllogisms like. Some people scratch their head and say, “Wait a minute, I know sound isn’t permanent, you ring the bell and hear the sound change.”

If it’s taught just like that, then these people don’t see the value of learning that way of thinking. What we’ve done here is we’ve made syllogisms about how our mind thinks, and the stories our own mind tells us. Like we see just in our daily life, we jump to conclusions: that person doesn’t like me because they spoke rudely to me.

That’s a syllogism, we made it up in our mind, we have a certain reasoning, but if we examine it we see that reasoning is totally illogical.

Just because somebody spoke rudely. Well, first of all, what is rude speech? Are we sure that they were rude, or was it just that we didn’t like what they said? Or maybe they had a stomach ache? So how do we even know if it was rude speech? And second of all even if it were rude speech, that doesn’t necessarily mean somebody doesn’t like us.

So I’ve found that if you make syllogisms that relate to people’s lives, then they can see the value of that kind of study. We’ve done it here and we’ve had a lot of fun with it.

My experience has been, with the philosophical study, that it’s very helpful in helping you to learn to think clearly. Because to ask a question, you have to be very clear, what information do you have, what is it you seek to know?

What you’ll often see in general Dharma talks when people ask questions, they raise their hand and then they’ll talk for five minutes, about this and that and on and on, and at the end, you’re really not sure what their question is. And even if you ask them, “Please can you say your question in a short way?”—it’s difficult for them to do it.

So the philosophical studies, personally speaking, they help me really think more clearly, what is it that is my question? What is it that I really want to say? Instead of all my meandering thoughts and unusual way of tying ideas together that we all have!

So I think it can be very, very helpful for people. 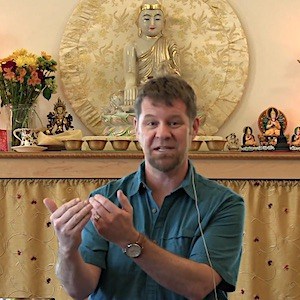 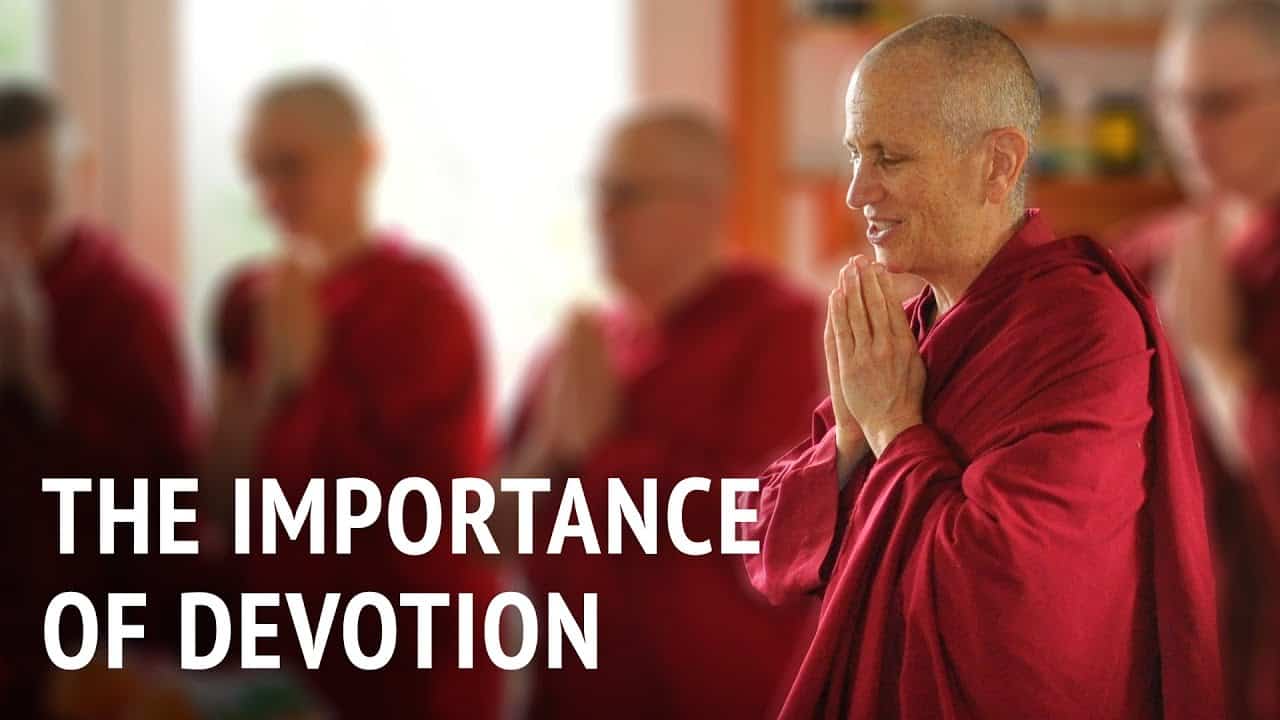 The importance of devotion