Being an example of peace

Being an example of peace

Some of Lama Yeshe’s very pithy phrases. One says,

Live in harmony with one another
and be an example of
peace, love, compassion, and wisdom.

Yesterday I talked about living in harmony with one another and today I’ll talk about being an example of peace, love, compassion, and wisdom.

First of all about being an example. If you try to be an example, you’re probably not being an example. Because whenever there’s effort saying, “I’m going to be somebody; I’m going to show an example; I’m going to illustrate this and that,” then something isn’t totally natural in the behavior because we’re trying to be somebody, put on a face of some sort. So here what Lama’s talking about is not putting on a face but actually by transforming our mind being that kind of example to other people but without saying to ourselves, “I’m an example, everybody look at me.” O course, to be an example of peace, love, compassion, and wisdom, we have to generate those qualities within our own mindstream, and that of course is the challenge, as we all know.

The first one, peace. Are we peaceful? No, just even inside as a country right now we have a lot of work to do to be a country in harmony and a country in peace. But even within ourselves as an individual we aren’t so peaceful. We get angry. We get upset. We blame others. We take our frustration out on others. So it’s very important to notice when the anger or resentment or whatever arises in our mind and catch it and recognize that it’s not really the other person that’s the problem They’re not making us mad. We have the seed of anger inside of ourselves, and until we counteract that seed of anger inside ourselves, then even people who don’t intend to make us mad are going to be the objects of our anger because we will get mad at them. I think one strong thing in terms of being an example of peace and stopping the blaming of others is to abolish the phrase “you make me so angry,” because that’s not true. Nobody else makes us angry.

I know you don’t like me to say this. It’s so much nicer to blame other people for our upset, but really it’s our own way of interpreting things, our own lack of having a big tolerant mind, our own lack of compassion that makes us judge people, and of course our own self-centered attitude that holds that we’re more important than them, and our happiness is more important, and so they should do what we want. It’s all these preconceptions in our own mind that make us so unpeaceful in our own mind and so intolerant of other people no matter what they’re doing. And I’m not even talking about politics here. I’m talking about that famous case of–we have a joke around here–“where they put the spatula.” Because when you’re cleaning up the kitchen you have to put the spatula in the right place. There’s only one right place. If you put it in the wrong place all hell breaks out because then the next person who comes to cook cannot find the spatula. Then, of course, you have the right to be angry because I’m trying to cook and I can’t find the spatula and it’s your fault.

It’s an example of a petty thing, but we get mad about a lot of petty things, don’t we? When our temper flares like that, how are we going to be an example of peace to anybody else, because we certainly aren’t peaceful in ourselves. The first thing is to recognize what we need to work on, and come back, and then work on that again and again and again, to enlarge the scope of our mind and have a patient, tolerant, flexible, compassionate attitude towards others.

We’ll continue with love, compassion, and wisdom tomorrow. I think peace is enough for today, but as one of our things that we say at the Abbey, “bringing peace in a chaotic world,” this is something that’s very dear to our hearts and something we should do our best to actualize within our own hearts. 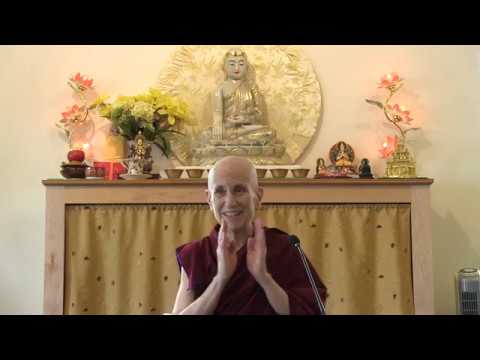 Living in harmony with one another 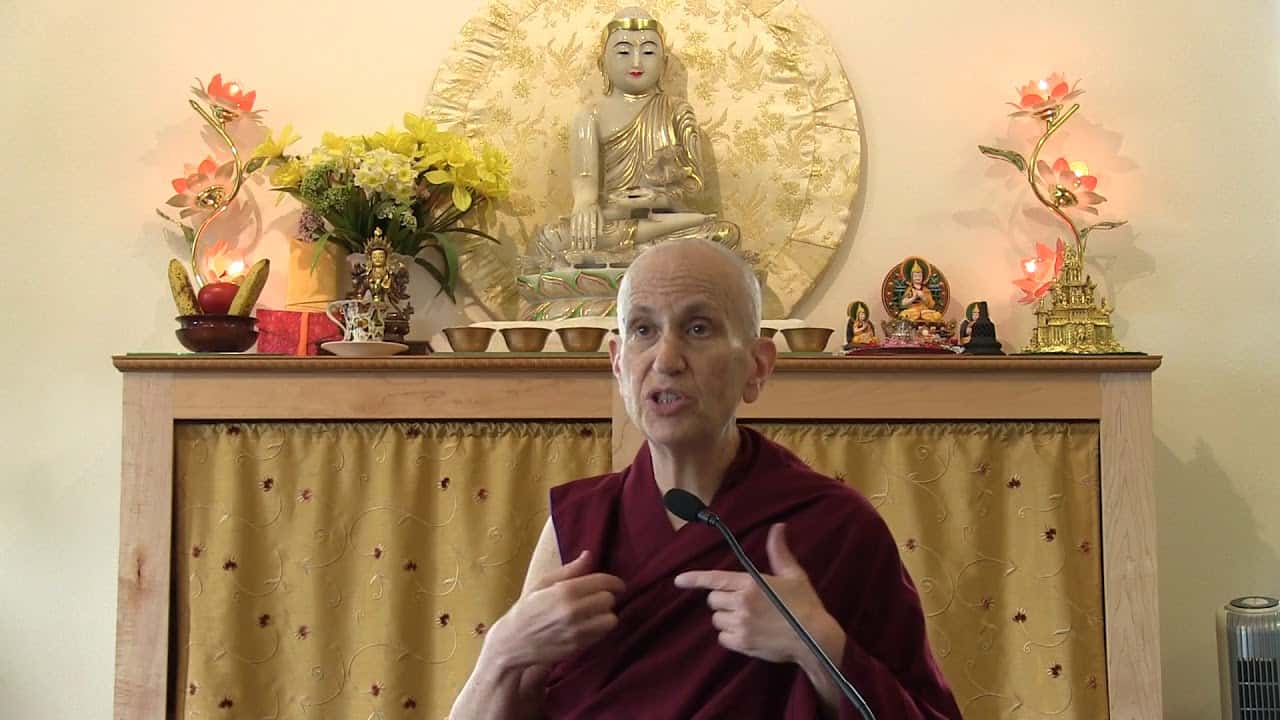 Being an example of love