The Titanic exhibit is presently touring the country, and right now it is in my hometown of Spokane, Washington. I have a very personal interest in the story of the tragedy. My father, born in Budapest, Hungary, as the youngest of seven children, came to America in 1912 at the age of two. The family booked passage on the Carpathia which on the way back to England rescued the survivors of the Titanic. I still have Dad’s boarding pass. Given different causes and conditions they could have been passengers on that ill-fated vessel.

The death toll for the accident was 1,503 people including passengers and crew. Very few people went down with the ship. Most drifted away in their life-jackets in the frigid waters of the North Atlantic and died. There were 705 survivors mostly women and children. By law the ship was required to have only 962 lifeboat seats. It actually carried 1,178, but 472 seats went unused. Obviously there was mass chaos and no lifeboat drills. After all, this great vessel was supposed to be unsinkable. Was it pride, arrogance or just plain ignorance that made people think that? 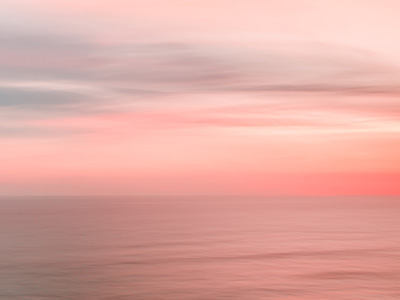 Across this vast ocean of ignorance lies nirvana, a state of mind that is liberated from all the duhkha of cyclic existence. (Photo by volgariver)

As Buddhists we are all familiar with the parable of “The Other Shore.” The Buddha tells us that we are presently living in samsara, a state of perpetual unsatisfactory conditions (duhkha) driven by our afflictions and karma. Underlying all of this is our self-grasping ignorance which misapprehends the nature of reality so that we fail to apprehend the emptiness of inherent existence. Across this vast ocean of ignorance lies nirvana, a state of mind that is liberated from all the duhkha of cyclic existence. To reach that other shore of peace and contentment we must build a vessel capable of making the journey. That vessel is constructed using generosity, ethical conduct, fortitude, joyous effort, concentration and wisdom. It is the Dharma, the Buddha is our captain, and the Sangha is our crew. All of us sentient beings are the passengers.

We cannot make this perilous journey to the other shore alone. As sentient beings we are inextricably dependent on every other being. It is only our hubris and ignorance that deludes us into thinking we are autonomous entities who can make it in this world alone and unassisted. In retrospect, everyone on the Titanic could have been a survivor had there been enough seats for both the wealthy and the poor. One child in first class died; 49 children from steerage died! Being of humble origin means my family most definitely would not have been amongst the passengers in first class. Thankfully, awakening doesn’t depend on social class or income so the rest of us can make it to the other shore if we get on the boat.

The light of liberation: True satisfaction and fulfillment
Logic and reasoning in daily life