We’ll continue with some more about the Amitabha practice. I think I mentioned before that even if you go to Amitabha’s pure land you still have to complete the rest of the path. In other words, it’s not a shortcut, jump-over, discount number of realizations to attain. It’s just that you go there and then you have a very conducive environment. Which actually should motivate us now to practice because we have a very conducive environment. In Sukhāvatī it’s even better, but now we have about as best as it can get. Really take advantage of our lives now.

We think of Amitabha’s pure land as this place. But the actual pure land that we’re trying to go to is the ultimate nature of our own mind. To have the wisdom realizing emptiness that purifies the mind completely, that wisdom transforming into the wisdom dharmakaya—wisdom truth body—of a buddha. The true cessations and emptiness of the mind transforming into the nature body of the Buddha. Here “body” means a collection of qualities. It doesn’t mean physical body. And then the two “physical” bodies, or manifestation bodies of the Buddha, the enjoyment body and the emanation body that the Buddha appears in in order to communicate with all of us sentient beings. Attaining those four buddha bodies, that’s the actual pure land. We do the Amitabha practice, aspire to get reborn in Sukhāvatī so that we can actualize that pure land.

Of course, we can actualize it through doing many other tantric techniques, too. We don’t have to be enlightened through the Amitabha practice specifically, there are many other tantric practices that we can do. And of course we still have to complete the entire sutrayana path. They sometimes don’t tell this to people who aspire to be born in Amitabha’s pure land. They think, “I go there and then Amitabha will take care of it all.” No.

Amitabha is also, in another situation, one of the five Dhyani buddhas. But that is a different situation than here, the practice of Amitabha and aspiring to go to the pure land.

The descriptions of how to do the practice and the descriptions of Sukhāvatī are found mainly in the smaller and larger Sukhāvatīvyūha sutras (which means “sutra on the description of the land of great bliss). There are two sutras that describe this. And often when people are doing the practice they recite the entire sutra, the idea being while you’re reciting it you’re visualizing all these things. You’re not just going “blah blah,” but you’re really imagining being in that pure land yourself.

I think if you ever wind up in some kind of difficult situation…. I think sometimes of people who are in prison, or people who are political prisoners, or people who are kidnapped by terrorists, and I think, you know, if you were in that situation then you just do this kind of practice, because they can’t take your mind away from you. So you imagine the pure land and do the practice of being in the pure land, and pass your days that way. It’s certainly much better than letting the ordinary mind complain and be cranky and everything like that.

There’s another sutra called the Amitayus Diyani Sutra (Amitayurdhyana-sutra). That one also talks about how to do this practice. Those are three of the main sutras.

In addition to these three, the Amitabha practice and birth in the pure land is mentioned in many other sutras. In the Vimalakirti Sutra, the Prajñāpāramitā Sutra, the Śūraṅgama Sūtra, the Lotus Sutra. It’s well known in the Mahayana world, so to speak.

In general, when they teach the practice, at least in Chinese Buddhism (and this doesn’t seem contradictory to me at all from the Tibetan viewpoint), they say that there are four causes for rebirth in Sukhāvatī.

Manafort, by the way, got indicted today and he turned himself in. He was one of Trump’s campaign managers. His assistant did the same. And there was a third man—I can’t remember his name—who admitted that, when questioned by the FBI some months ago, that he lied about having contact with a Russian professor who had close contact with the Kremlin. And he said it was nothing, and today he came clean. And I think he also….. It was a different case but he is also in trouble.

So, we imagine these people there. They’re in the pure land. But they’re all telling the truth, having a kind heart, practicing compassion. You don’t get indicted and arrested in the pure land because you didn’t do anything obnoxious to harm others.

It’s good. When people are in difficult situations, imagine them in a pure form. That way at least we keep our hearts open with them and we don’t reduce them just to some stereotype and then say, like with Manafort, “You laundered millions of dollars….” And tax things. His indictment didn’t mention Trump, but it was for these other things. But it was within the scope of the investigation of possible collusion between the Trump campaign and Russia.

Anyway, to keep all these people in our hearts and hope that they can do better in the future. Because who wants to see other people suffer? Having the thought of, “Well you created negative karma, and if you’re not getting punished this life just wait until you get reborn, then you’ll really get it.” Having that kind of thought on our part is not a very compassionate, likable, virtuous thought. Is it? It’s rejoicing at somebody else’s misery.

I got diverted there.

The first two were the aspiration to be reborn there, the second to visualize the pure land and Amitabha as much as possible.

Maybe that’s enough for today. We’ll continue in the next few days. 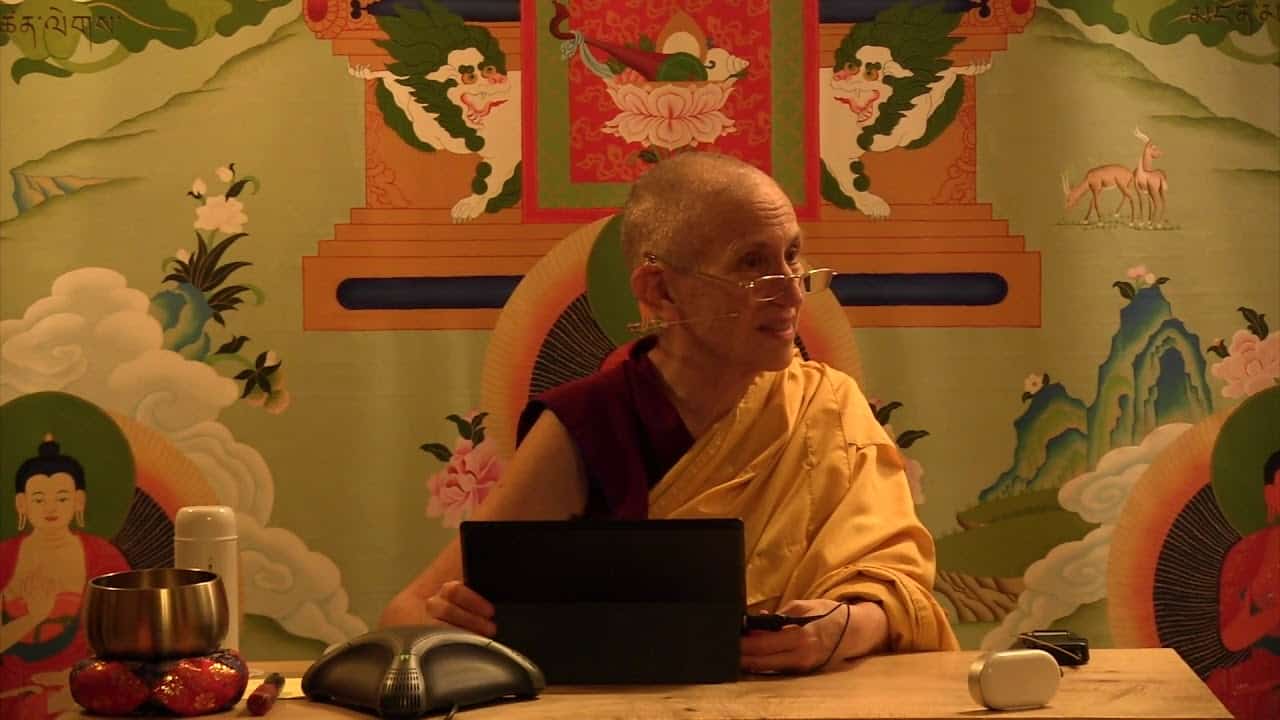 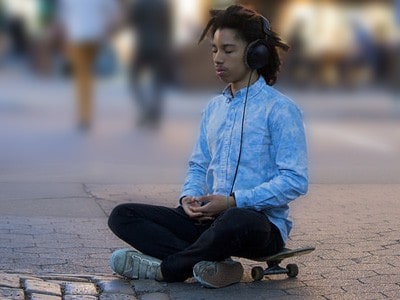