According to the Southern Poverty Law Center there has been a sharp increase in hate crimes since the November 8th election. We all have our own ideas about why this might be. And it is easy to blame the other side for what appears to be an exponential increase in hatred and prejudice in our country. The most targeted groups have been African Americans, Muslims, Jews, the LGBTQ community, and Latinos. 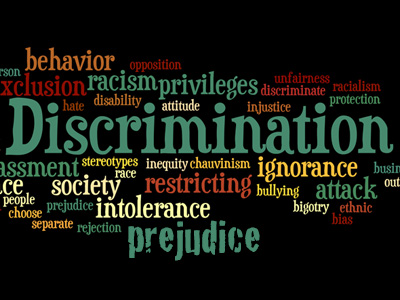 It’s very easy to delude myself into thinking that I am very open minded and totally free from prejudice. But how realistic is this? (Photo © kalpis / stock.adobe.com)

Are hate and prejudice something new? Of course not. I liken them to the movie Ghostbusters where there was a tremendous river of green slime running beneath the streets of New York City. It is always there, it’s just hidden from view. It’s very easy to delude myself into thinking that I am very open minded and totally free from prejudice. But how realistic is this? Can I truly say that I don’t stereotype people and put them in boxes based on race, ethnicity, gender, sexual orientation, nationality, religion, or political party? Right now I am struggling the most with the last category!

Human nature is used to judging. It is part of our primitive brain (limbic system) that evolved eons ago to help us survive attacks by rival tribes and saber tooth tigers. Unlike our higher more analytical brain, the primitive brain responds quickly to potential threats. And someone who looks or acts differently is interpreted as a threat. Never mind that we are all 99.9 percent the same genetically or that skin color is determined by one DNA “letter” out of three billion.

So, how do I work on my own judgmental mind and clean up my own act so to speak? In his book The Art of Happiness in a Troubled World, His Holiness the Dalai Lama suggests three separate and distinct strategies for overcoming prejudice. First is personal contact. It is a lot harder to hate someone you have met especially if you have worked with them on a common goal, problem, or task. Second is education. Learn about the other group—their history and beliefs. And finally, remember we may belong to certain groups but fundamentally we all belong to the overarching group known as human beings. We are all stuck in cyclic existence wanting happiness and freedom from suffering. We are all passengers on the same boat, the SS Duhkha.

I realize that equanimity and bodhicitta are definitely a work in progress. I am going to make a conscious effort to expand my sphere of acquaintances. Maybe I can start by finding a local mosque and look for some new friends. Or better yet, be friendly toward people with different political views and find common interests with them.

The link between anger and arrogance 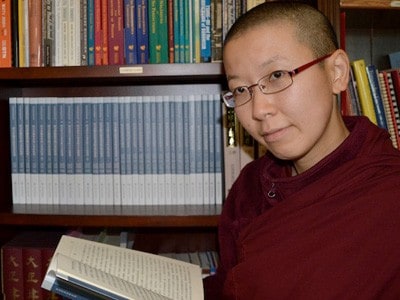