As far as husbands go I’m not the best and I’m not the worst. I would probably grade myself a strong B+. Of course, this is my opinion and not my wife’s. I have never forgotten our anniversary. And my presents are usually carefully selected, like a piece of jewelry or a romantic dinner, instead of something useful like a high efficiency vacuum cleaner. 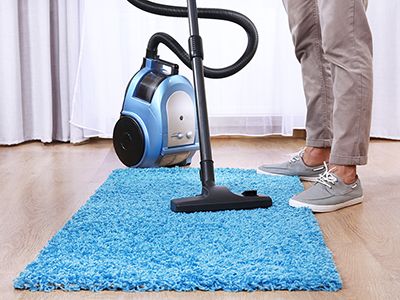 All of our rocky moments were the result of self-centered thought rearing its ugly head.

We have been married for almost 20 years and I would say most of those years have been filled with true joy and happiness. But, like all marriages there are rocky periods. Before meeting the Dharma it was all too easy to look back and blame my partner for those unfortunate times. Now, however, I can clearly see that all of our rocky moments were the result of self-centered thought rearing its ugly head. And I was to blame for many of those instances that landed me in the dog house. All of us guys know about the dog house. We often have no clue how we got there or how we can extricate ourselves. The old saying “Happy Wife, Happy Life” is certainly applicable. In Dharma terms the dog house could be considered a form of duhkha.

My self-centeredness in our marriage has manifested itself in various disguises. There have been the obvious periods of selfishness when my goals and desires took precedence over our goals and desires. I used to be an avid hiker. Initially I went out into the woods in order to relax and commune with nature, relieving the stress of my professional career. However, being a goal-oriented person, I couldn’t leave it at that. Soon I found a list of hikes that I just had to do and hiking turned into an obsession. I was totally self-focused, and anyone or anything that interfered with my goal became the enemy, including my loving and caring wife.

As with many of us guys, self-centeredness can manifest as pride and arrogance. I have a problem with asking for directions. I will drive around for hours, not knowing where I’m going, but refusing to ask for directions. It makes my wife crazy. I can’t explain it but stopping and asking for directions just is not in my repertoire. Thank goodness we now have smartphone apps such as Google Maps.

There are two other corollaries to self-centeredness known as Learned Helplessness and Oppositional Defiance. I have mastered these behaviors, raising them to a high art form. Whenever I don’t want to do something I make believe I don’t know how to do it. Or in some instances I will go ahead and do something which I have been advised not to do just to be defiant. You would have thought that I grew out of that after the terrible two’s.

Here’s a case in point. Several years ago I was on disability leave from work. My wife was still working full time. I felt sorry for her that she had to work and then come home and clean and cook while I was just sitting around resting. I thought that the least I could do would be to help with some of those chores. I offered to vacuum the house. I knew how to turn on the vacuum cleaner but that was about all I knew about vacuuming. I had never vacuumed before. My wife was thrilled that I had offered and felt that I was very kind and considerate. In other words, points to keep me out of the dog house. There was one stipulation, however. I was to stay out of the formal living room. We had a very expensive Karastan Oriental rug in the living room which only required occasional and careful vacuuming. I agreed. So one Monday morning after my wife left for work I got our vacuum cleaner out of the closet. By the way, it was a brand spanking new vacuum cleaner only used once before. I proceeded to vacuum the entire house except the formal living room. I was very proud of myself. As I was putting the vacuum cleaner away some evil force possessed me. A little voice said “You can do it. Go in that living room and vacuum that Oriental rug.” Was it pride, arrogance, or oppositional defiance?

Well, I marched right in there with the brand spanking new vacuum cleaner and proceeded to vacuum the Karastan rug. Oops! What happened? I got a little too close to the tassels on the edge and before I could get the machine turned off it had ripped out a small portion of the tassels and broke the drive belt. I was in big trouble! How would I tell my wife and how would I explain what possessed me to do the exact opposite of what she had instructed? I wasn’t a two-year-old any longer. Or was I? I was in deep doo-doo.

I quickly called the vacuum cleaner company and ordered a new belt. Luckily, the motor was still working fine. But what about the rug? If you didn’t look too closely, it didn’t look that bad. But my wife really loved that rug, and I couldn’t hide what I had done. So I bit the bullet and called her at work confessing my misdeed. Needless to say it didn’t go well. Straight to the dog house, with no get-out-of-jail cards.

To this day my wife tells people the story about her husband’s stupidity and oppositional defiance. My vacuuming privileges have been revoked for life. She has learned a valuable lesson about being attached to a material object. But I am very careful not to try and put a positive spin on it. After all I don’t want to add salt to the wound. From my standpoint I can now see that little voice was my self-centered thought not wanting to be told what I could or could not do.

So far we have not gotten the rug fixed. I’m sure it would be quite expensive to do that. I think in some way it has formed a strange Dharma bond between us. Her attachment and my pride are two things we can both work on to improve ourselves and our marriage. 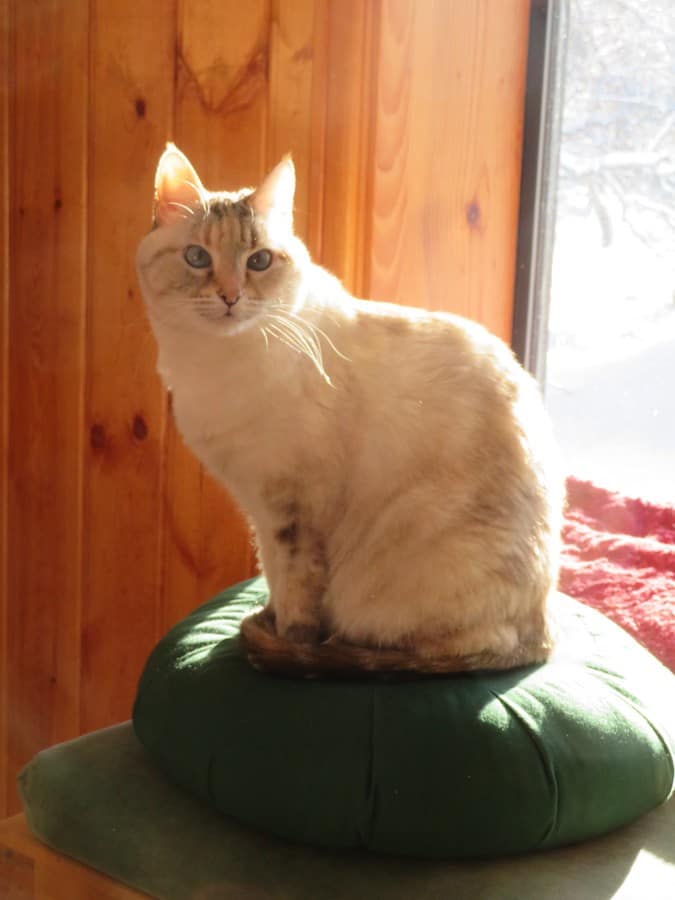 Becoming our own best friend 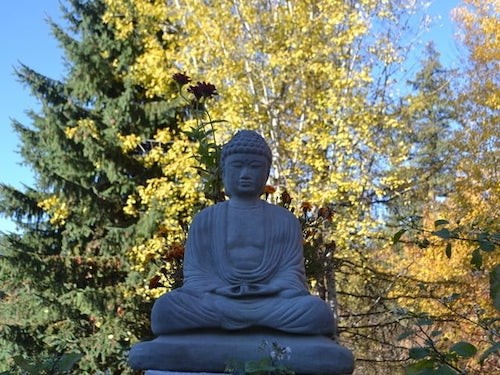