This review by Rita Gross was originally published in Tricycle: The Buddhist Review, Summer 2015. 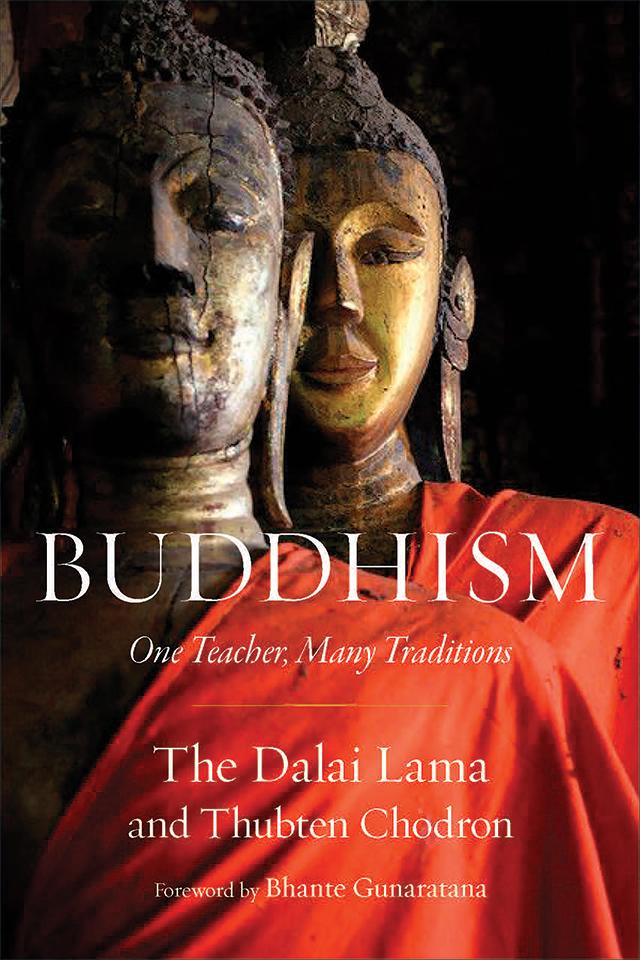 This book’s title conveys its central point—that despite tremendous internal diversity, all Buddhist traditions derive from one teacher, the Buddha. Because they all revere the same teacher, these various forms of Buddhism could respect and learn from each other. Nevertheless, Buddhists often conflict sharply over whose texts and teachings represent the “real” teachings of the Buddha. These disagreements intensify because Buddhist texts are preserved in three rather different canons in three languages: Pali, Chinese, and Tibetan. Different schools of Buddhism have been widely separated geographically and had little contact with each other until recently. Though some Western Buddhists willingly study with teachers from several Buddhist schools, such a practice is not usual among Asian Buddhists, or even among many Western Buddhists. Some Buddhist teachers working in the West actively discourage their students from studying with other teachers. Thus, despite Buddhism’s emphases on compassion and right speech, Buddhists indulge in a great deal of sectarianism across denominational lines.

All current forms of Buddhism derive from two different sets of South Asian literature written in either Pali or Sanskrit, but there is little overlap between those two sets of texts. Sanskrit versions of some Pali texts once circulated, but they have been lost. The Chinese canon includes translations of many Pali and Sanskrit texts, but Chinese translations of the Pali texts often contain material not found in the Pali version. Theravada Buddhists accept only the Pali literature as the “word of the Buddha” and regard most surviving Sanskrit literature as untrustworthy later innovations. By contrast, the Tibetan canon consists mainly of Mahayana texts translated from Sanskrit, the same texts that Theravada Buddhists regard as inauthentic. When they talk about “what the Buddha taught,” Tibetan and Theravada Buddhists refer to completely different sets of texts.

The potential for mutual disregard between Tibetan and Theravada Buddhisms is therefore very high. When we remember that the so-called Hinayana, or “lower vehicle,” of the Tibetan three-yana system (Hinayana, Mahayana, Vajrayana) contains teachings characteristically found in Pali literature, this potential is intensified. Tibetan teachers and scholars are usually not well acquainted with Pali Buddhist literature and regard their Mahayana and Vajrayana teachings as superior. Returning the compliment, some Theravadins regard anything Mahayana to not even really be Buddhism. For example, some Theravadins reject restoring monastic ordination for women, because that practice has survived only among Chinese Mahayana Buddhists. This division is common even among Western scholars. Few Western scholars of Buddhism are as familiar with Pali literature and Theravada Buddhism as they are with Mahayana Buddhisms, whether Chinese or Tibetan, and with Sanskrit literature—and vice versa. Most Western Buddhist teachers are very undereducated about Buddhist history and with the literature of forms of Buddhism different from the lineage in which they teach.

How very refreshing, in the midst of this sectarianism, for the Dalai Lama, the best-known representative of Tibetan Buddhism, and his coauthor, the American nun Thubten Chodron, to publish a book proclaiming that the Pali and Sanskrit traditions are more similar than different and acknowledging the debts of the younger Sanskrit tradition to the older Pali tradition! They encourage mutual respect and study between the two traditions. The familiar terms Hinayana, Mahayana, and Theravada are not used even once in this book, encouraging us to take a fresh look at familiar Buddhist conventions, no matter what form of Buddhism we may adhere to. Nor do these authors rank the two traditions hierarchically, despite the fact that each has a history of denigrating the other.

Throughout the book, the authors suggest that geographical distance and different languages previously made it difficult for Buddhists of differing orientations to have accurate information about each other. Gossip and stereotypes flourish in such an environment. Some claim that most tantric monks drink alcohol and engage in sex while others claim that members of older Buddhist schools do not value compassion or understand emptiness. The authors frequently plead with all Buddhists to give up such mutual stereotyping and instead to talk with each other, study each other’s scriptures, and learn from each other’s practices—familiar advice in the arena of interreligious interchange, but sadly infrequent in Buddhist circles.

One can learn a great deal about both the Pali and the Sanskrit traditions from One Teacher, Many Traditions, which covers all the topics found in any standard, more academic survey of Buddhism. The level of scholarship informing this book is very high, and the information provided about both the Pali and the Sanskrit traditions is accurate and complete. The Dalai Lama is, of course, very familiar with the Sanskrit tradition. But neither his nor Thubten Chodron’s initial training would have involved significant study of the Pali tradition. The Pali suttas, thought by many to be our closest approximation to the actual teachings of the historical Buddha, are largely unknown to Tibetan Buddhists. Certainly the scholarly Pali commentaries frequently cited in this book are not part of the training received by those educated in the Sanskrit tradition. Thus, these authors present an admirable model for other Buddhists. They suspend conventions previously learned in their own tradition and deeply study a different tradition. Most important, they study its own texts, rather than relying on polemical comments about that tradition in texts of their own tradition.

We should all be willing to suspend skepticism about unfamiliar forms of Buddhism and explore their texts and practices deeply and without presuppositions. If we do this hard work, we will find that these unfamiliar Buddhisms make sense in their own terms and deserve our respect. Whether they turn out to be more similar to or more different from our own Buddhism is irrelevant. If we investigate these myriad versions of Buddhism, we will understand how all of them are derived from the teachings of the one teacher we all revere.

Among this book’s many virtues is its authors’ use of “she” rather than “he” as the generic pronoun. Given that many Buddhists are not sensitive to the need for gender-inclusive, gender-neutral language, such usage by an important leader is noteworthy. Granted, “she” is not neutral either, but its consciousness-raising and corrective potential in male-dominated contexts is enormous. One hopes that other Buddhist teachers and authors will take note and follow suit.

My praise for the book notwithstanding, I am not without reservations. The overarching framework of the book is the claim that the Buddha taught the three vehicles: the Hearer Vehicle (Sravakayana), the Solitary Realizer Vehicle (Pratyekabuddhayana), and the Bodhisattva Vehicle (Bodhisattvayana). (These three vehicles are not the same as those more familiar to students of Tibetan Buddhism—Hinayana, Mahayana, and Vajrayana—and throughout this book, when they talk about the “three yanas,” the authors always mean the older system of Hearer, Solitary Realizer, and Bodhisattva Vehicles, not the much later system specific to Tibetan Buddhism.) A few sentences later, we read that those training in the Pali tradition primarily practice the Hearer Vehicle while those training in the Sanskrit tradition primarily practice the Bodhisattva Vehicle.

Two critical questions emerge from these claims. Is this the old “Hinayana/ Mahayana” rhetoric reappearing under different names? The authors make it clear that readers should not draw that conclusion, but given the tendency among contemporary teachers in the Tibetan tradition to denigrate and dismiss the Pali texts and tradition, great care must be taken not to slip into this old habit. Tibetan teachers frequently refer to these earlier three yanas (Hearer, Solitary Realizer, and Bodhisattva), usually ranking them hierarchically. The Hearer Vehicle is evaluated as having a “lower view” than the Bodhisattva Vehicle, something to which I can attest from listening to oral teachings by Tibetan teachers. Did the historical Buddha himself teach these three vehicles? Texts from many historical periods are attributed to “the Buddha,” which means that one cannot take a claim that something was taught by the Buddha at face value. Most scholars of Buddhist history conclude that the hearer, solitary realizer, and bodhisattva system post-dates the historical Buddha by centuries. It is much more prevalent in the younger Sanskrit tradition than the older Pali tradition, though it is also found in Pali texts. Thus, while the authors are certainly correct in their claims that the Sanskrit and the Pali traditions have much in common, even this early three-yana system might not be the best choice for the book’s overarching organizational framework.

The great strength of One Teacher, Many Traditions is the authors’ empathetic and even-handed presentation of both traditions. They claim that the Hearer, Solitary Realizer, and Bodhisattva Vehicles are all taught in both the Pali and Sanskrit traditions, an accurate claim. They also point out that the Bodhisattva Vehicle is not limited to the Sanskrit tradition but is practiced in the Pali tradition, both historically and in contemporary times. This reality, unknown to most Mahayanists, undercuts Mahayana claims about its superiority. Most notably, these authors break with the usual Tibetan evaluation of these three yanas by not ranking them hierarchically. One can hope that the examples set by these authors becomes the model for Buddhist teachers when they discuss the vast diversity within Buddhism. 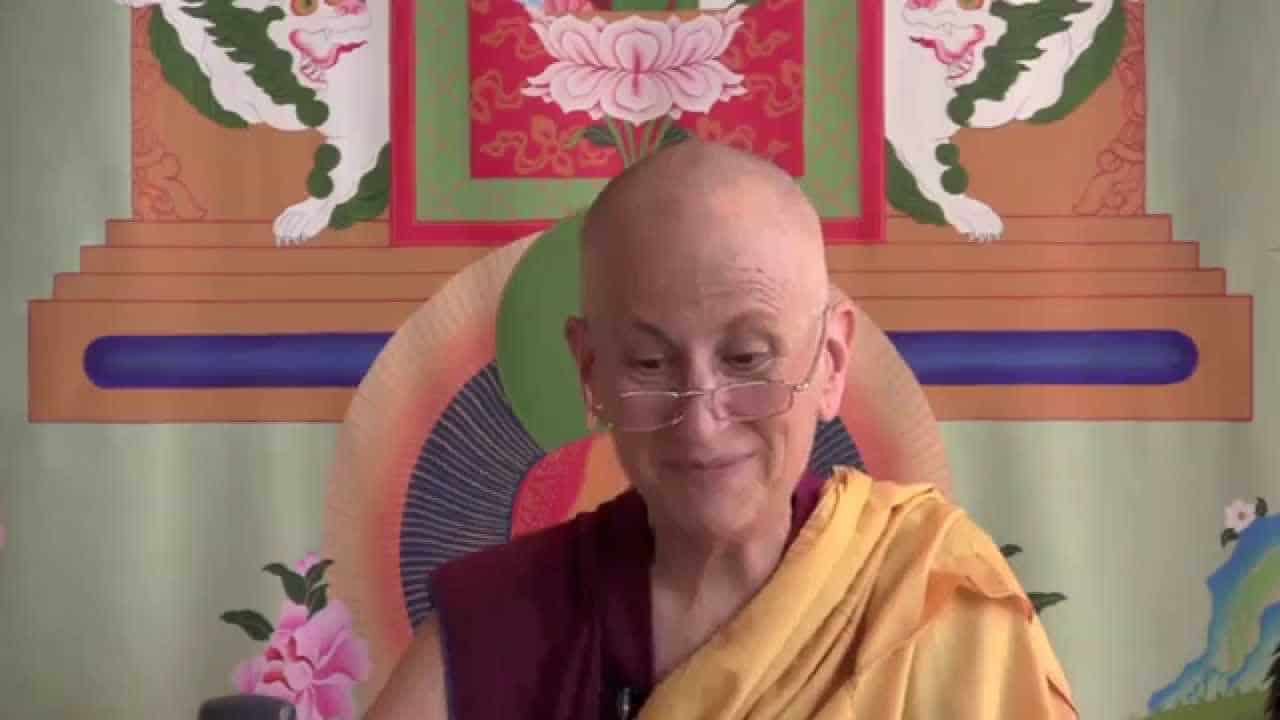 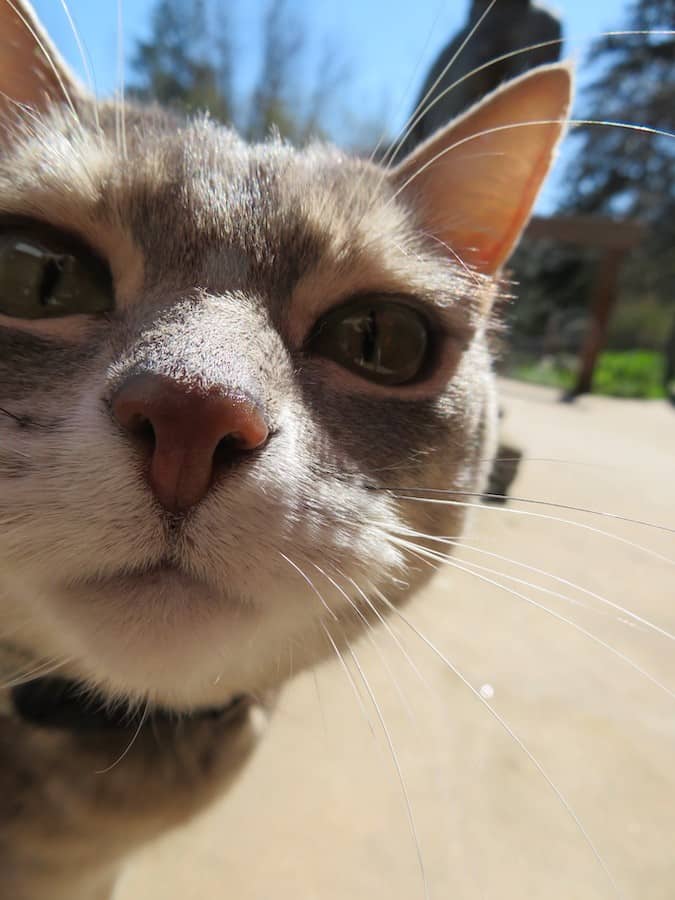