Julia Erche is an editor on the website migration team. In addition to offering service while juggling family life and cancer recovery, she shared this account of how her Dharma practice helped her through a difficult medical check-up.

A few years ago, I was diagnosed with cancer. This and what followed was a difficult and eventful time for my kids and myself, but finally I can say, I am still here and the tumor not, which I find really acceptable!

Still, I have to go for regular check-ups. This includes one procedure that is usually conducted under a light anesthetic because it is painful and unpleasant. From this anesthetic I got really bad side effects the last few times: my memory, concentration and orientation were disturbed for about two weeks. This was so bad that I would rather have skipped the examinations. But as I wanted to know if there was anything malicious in my body I had to withstand it.

One time I talked with a doctor about this, and we were joking around that if I could meditate well enough, I could do the examination without anesthetic. (He didn´t know that I was meditating.) At that time it was just funny, but this summer I thought, “Why not?!” So I decided to dissect the situation into its parts and think about what I could do to have fewer problems with it. I analyzed the past examinations. My biggest fear was the pain, the second fear was feeling completely helpless in the situation. What could I do and which parts of my practice could be helpful?

Ok, I thought, pain is a perception of my body. Like with appetite, boredom or fatigue, I practiced to observe this on my cushion and I practice perceiving, labeling and then letting go of these perceptions. I can concentrate on my breath and observe the feelings arising and fading. Through breathing and compassion for myself I can transform tension in my muscles (the tension that comes through anxiety) to warmth and a sense of well-being. I was not too confident about all this but I wanted to give it a try.

But how could I handle the feeling of being “the victim?” First I considered it useful to have something protective—a protection against the “daft doctors,” the “ignorant nurses” and a protection against the nasty feeling of having to rely on them. But after a proper analysis I realized that this was deepening the separation between the examination team and myself. It just concretized the role of “the bad examiners” and me, the “poor victim.” So this was definitely not the solution!

It would be better to search in another direction, to look for elements of connection and to establish a cooperative relationship. It was I who wanted to know if everything was well in my body. The medical team just wanted to help me do that! So I decided to do everything I could do to make the situation for everyone concerned as comfortable as possible, so that everybody could feel well and content. Of course, it was important not to neglect my own needs, but without concretizing my “victimhood.” To the contrary, I had to be very clear about my needs, but listen attentively to the needs of the medical team as well.

This was a good insight that would help the examiners feel comfortable. After all, when they were comfortable, they would work better than if they felt they had to convince me or even act against my will.

So on the day of the examination I went to the hospital and tried to be as friendly and compassionate as possible. I tried to radiate clarity and relaxation. It happened that the previous patient had canceled his appointment, so earlier than intended, it was my turn and more time was available. I wasn’t just pretending; being kind was easy. I tried to connect with every person in the room in an authentic way, to look into their eyes and really see them, to try to feel what they might be feeling, to be openhearted.

I had to justify a few times to different people why I wanted no anesthetic. It seems to be easier for the examiner when the patient is sleeping. But they could understand my needs and took them seriously. (During the waiting time one of the nurses told me how afraid she was because she had an appointment at the dentist in the afternoon. I could empathize with her quite well!)

The doctors were able to accept my needs but they needed to be listened to as well. If I could not stand the pain, the examination would have to be interrupted and would be continued after the anesthesiologist had found a good solution (which meant weeks later!). We discussed every detail until everybody agreed and we could start the examination.

The procedure really was painful. But I concentrated on breathing and remembering that the pain would pass. The doctors were very attentive and careful. They showed and explained things to me—what they paid attention to, what structures they saw, and so on. It was really interesting. Maybe the doctors were even glad to show all their skills to somebody who was awake and interested. After one hour everything was over, and they told me that everything was be in “apple-pie” order. They told me I had been extraordinarily courageous and it was easy for them to reach every required spot, which cannot be taken for granted. Everything was successful: the team of doctors and nurses, my body, my mind and everything else in the room.

The answer to my question from the start was: every part of my practice was helpful and it was good to take responsibility even for those parts I always thought I could not influence at all.

May all sentient beings find inner peace that may enable them to work together in outer peace as well. 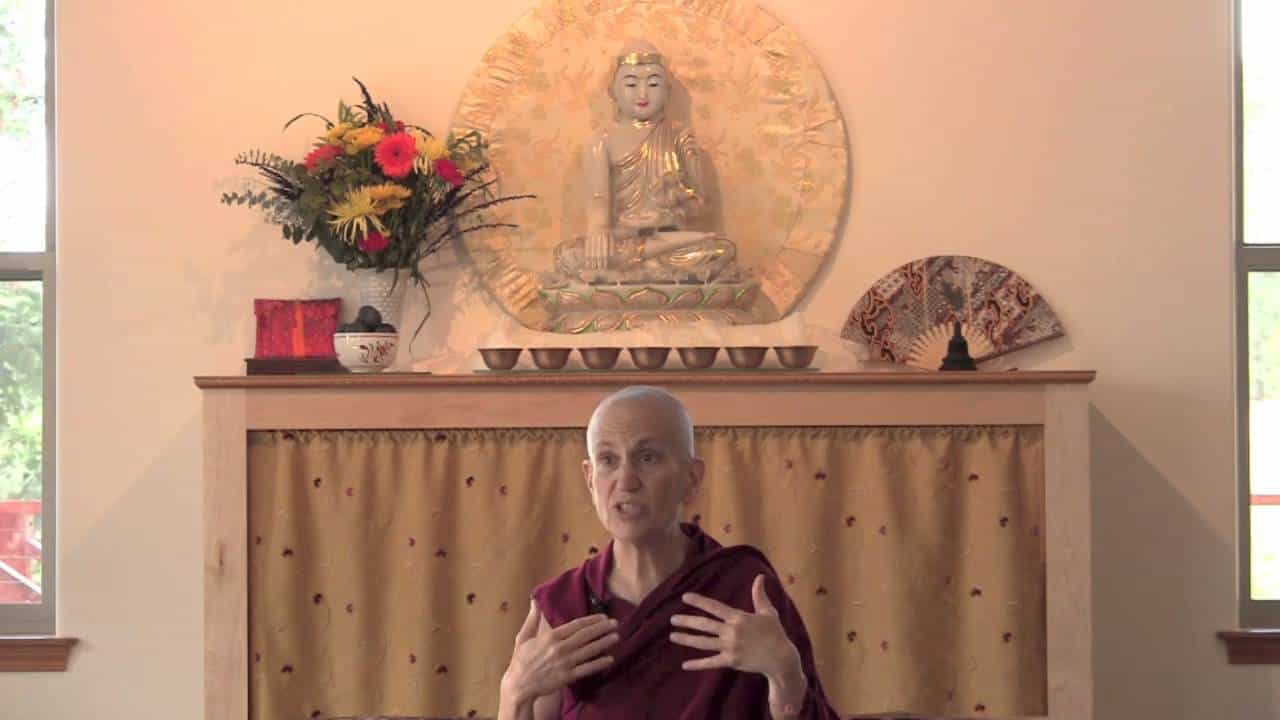 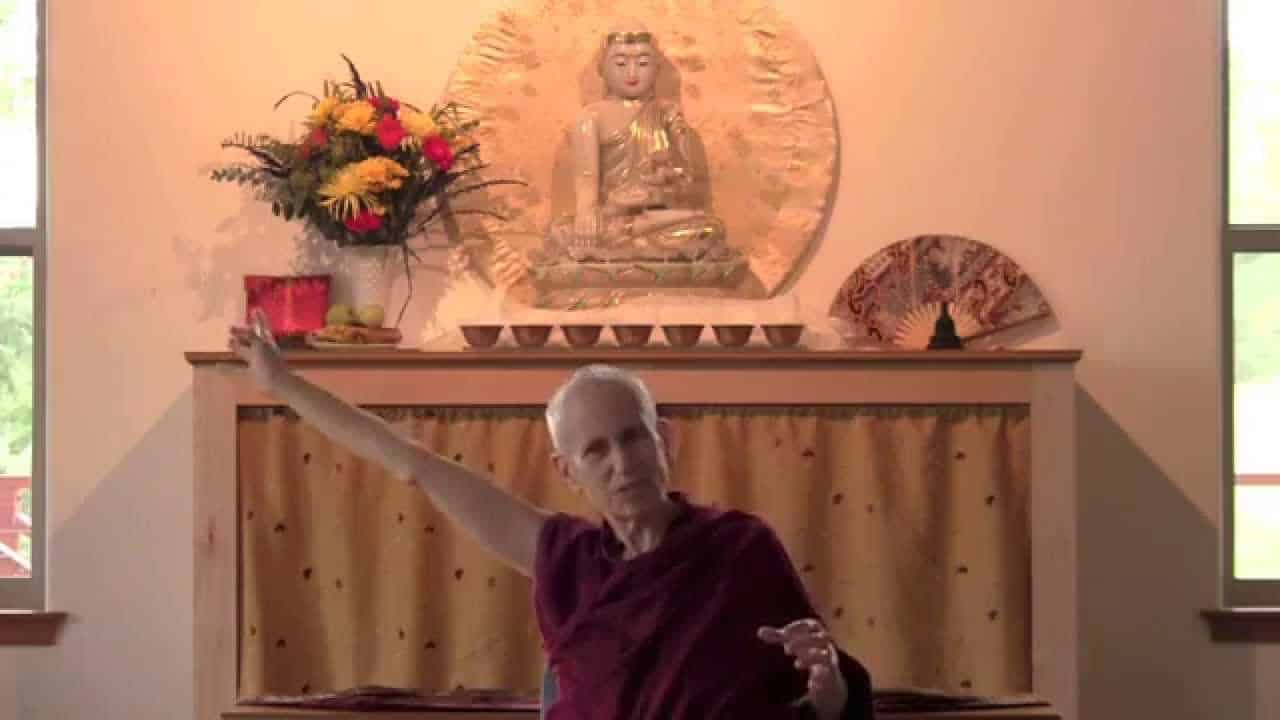 Verse 66: The eye of wisdom