The story of Exodus

A commentary on the New York Times op-ed article “A Long Obedience” by David Brooks.

David Brooks–he’s the same one who wrote the article yesterday–did another piece about Exodus–the Passover. I’m not going to read the whole thing, I’m just going to excerpt a few parts of it. He said:

Monday night was the start of Passover, the period when Jews celebrate the liberation of the Israelites from slavery into freedom.

This is the part of the Exodus story that sits most easily with modern culture. We like stories of people who shake off the yoke of oppression and taste the first bliss of liberty. We like it when masses of freedom-yearning people gather in city squares in Beijing, Tehran, Cairo or Kiev.

But that’s not all the Exodus story is, or not even mainly what it is. When John Adams, Thomas Jefferson and Benjamin Franklin wanted to put Moses as a central figure on the Great Seal of the United States, they were not celebrating him as a liberator, but as a re-binder. It wasn’t just that he led the Israelites out of one set of unjust laws. It was that he re-bound them with another set of laws. Liberating to freedom is the easy part. Re-binding with just order and accepted compulsion is the hard part.

By compulsion he means constraint here. An accepted constraint.

So it’s true, isn’t it? “I want freedom. Get rid of all these people breathing down my back, make them go away. Leave me alone. I’m going to do what I want to do!” That’s the easy part. Rebelling. But then learning to figure out our own ethical values, our own principals, what we think is important, learning self-restraint ourselves, that’s much more difficult, isn’t it? And so many people in our society go through the rebelling part. “I want freedom! From my parents and society, etc.” But (they) never kind of complete the part that is re-binding to how we want to live because that takes a lot of thought. And it takes some trial and error. And it takes self discipline. So, we don’t like when others impose things on ourselves, you know, we think: “No structure! Anarchy!” But anarchy is a disaster. Then he said:

America’s founders understood that when you are creating a social order the first people who need to be bound down are the leaders themselves.

Which is what is missing nowadays, isn’t it? The leaders are UNbound.

So, you know, when the leaders are bound by common values and accepted things…

This is a vision of obedient leadership. Leaders in the ancient world, like leaders today, tried to project an image of pompous majesty and mastery. But Moses was to exemplify the quality of anivut. Anivut means a soft answer to a harsh challenge; silence in the face of abuse;–

But silence in the face of abuse does not mean that you let yourself be abused. So you have to differentiate that.

–dignity in response to humiliation;–

So not letting what other people say about you or do to you make you lose your sense of your own dignity and your self-confidence.

–restraint in the presence of provocation;–

That’s certainly helpful, isn’t it? We all know when people provoke us if we don’t restrain ourselves we often get deeper into a mess.

–forbearance and quiet calm when confronted with calumny and carping criticism.

So fortitude, forbearance, quiet calm even though everybody around you is going nuts and blaming it on you. Oh. (sighs) [Laughter]

Just as leaders need binding, so do regular people. The Israelites in Exodus whine; they groan; they rebel for petty reasons. When they are lost in a moral wilderness, they immediately construct an idol to worship and give meaning to their lives.

Like society, lost in a moral wilderness, constructs consumerism as its idol, “to worship and give meaning to their lives.”

But Exodus is a reminder that statecraft is soulcraft, that good laws can nurture better people.

This is the important point. This is why those of us who are Dharma practitioners WANT to take precepts, because we see that good rules nurture us. They keep us from doing what we don’t want to do anyway. They keep us from getting in trouble, they maintain calm and good relationships when we live together with other people. So rather than run away from rules we see that, as it says, “good laws can nurture better people.” And it’s true, isn’t it? Without any constraints we can just go nuts and not care who we harm, even ourselves.

Even Jews have different takes on how exactly one must observe the 613 commandments, but the general vision is that the laws serve many practical and spiritual purposes. For example, they provide a comforting structure for daily life. If you are nervous about the transitions in your life, the moments when you go through a door post, literally or metaphorically, the laws will give you something to do in those moments and ease you on your way.”

So you thought WE had a lot of precepts… So of the 613 mitzvot, which mean the commandments… They’re basically like thought training gatas. When we were doing the ones from the Avatamsaka Sutra: [e.g.] “When you go upstairs think this, when you go downstairs think that, when you wash dishes think that, etc.” So there’s a similar set of these kind of thought training practices in Judaism. “When you go through the door you think a certain thing.” And you’ll see on the doors of Jewish homes they have the…mezuzah. What’s inside the mezuzah? Prayers of some sort. And you’re supposed to kiss it or something? Or touch it and kiss… And they have certain robes that they put on, and things like that. So it helps to give meaning and structure to life. Of course, you also want to assess if it’s just laws. If it’s laws that expand people or laws that can also have a repression factor […] or when laws become quite oppressive. Because for example, the women under Judaic law, it’s very difficult for them in many respects. And the image of how you’re supposed to live is very confined for the orthodox women. On the other hand, many women like that. They know who they are. I mean you kind of see with the generation that’s around between 30 and 40 now, many of them have gone to, if you’re Jewish, to Orthodox Judaism, or to Fundamentalist Christianity, to very traditional Catholic orders that wear the habit and the whole thing, because they really want a sense of meaning, and that gives some kind of meaning. So everybody’s going to have some different balance of what is meaningful and what can be repressive.

The laws tame the ego and create habits of deference by reminding you of your subordination to something permanent.

Or something important, something beyond ourselves, that our ego is subordinant to.

The laws spiritualize matter, so that something very normal, like having a meal, has a sacred component to it.”

For example when we offer our meal.

The laws build community by anchoring belief in common practices.

So we all do the same thing that signify our common beliefs.

Don’t they? If people get too excited about something the law says, “hold on, only this much.”

faith is not expressed in fiery acts but in everyday habits.

So it’s not a fiery act of sacrificing yourself or something something something so you’ll go to heaven or wherever you want to go. And it’s not a thing of these far out meditation experiences that you can run around and tell all your friends about so that they all think you’re fantastic. But of everyday habits, how we live our lives, how we treat the people around us, this is the indication of what’s happening in our Dharma practice.

The laws moderate the pleasures;

Keep us from being too hedonistic, keep us from using more than our fair share.”

they create guardrails that are meant to constrain people from going off to emotional or sensual extremes.

Sensual extremes, being very hedonistic, running around after this pleasure and that. Emotional extremes of “Aah, aah, all ours, I’m gonna save the world, I’m gonna do this, do that, these people are wrong, these people are evil, we’ve gotta destroy them….” Or, “My feelings are the most important feelings in the world, I have to tell them to everybody…” So, some kind of moderation.

The 20th-century philosopher Eliyahu Dessler wrote, “the ultimate aim of all our service is to graduate from freedom to compulsion.”

In other words from freedom to constraint. Isn’t that interesting? And I want to mention here that some people say regarding Tantra, “Oh when you’re a Tantric practitioner you are beyond moral precepts, there’s no good, there’s no bad, you don’t need any of that.” So when he says, “to graduate from freedom to constraint,” it means that it’s not, in Tantra, “oh you’re beyond everything, you can do what you want.” It’s that you are so aware of how cause and effect works, how karma and its effect works, that you have the most impeccable ethical conduct, you have the most ethical restraint of anybody. So it’s totally the opposite of what these people are saying, that you’re beyond it. It’s rather you’ve embodied it so much that you are it.

Exodus provides a vision of movement that is different from mere escape and liberation. The Israelites are simultaneously moving away and being bound upward.

Like we’re moving away from samsara and by our precepts–the pratimoksha precepts, bodhisattva precepts, tantric precepts–we are bound upward as we keep them.

Exodus provides a vision of a life marked by travel and change but simultaneously by sweet restraint, whether it’s the restraint of love, friendship, family, citizenship, faith, a profession or a people.

In other words, whatever we are doing in life we need some kind of constraints to make it go well, otherwise our afflicted mind goes nuts. “Sweet constraints.” Constraints that we know are good for us, they nurture. Constraints that we voluntarily undertake because we’ve seen the purpose and reason for them. They nurture the best in us. They help us grow. That’s why it’s so important in Buddhism… We never see our precepts as something imposed on us unfairly from outside, rather we have voluntarily chosen to take them because we realize that we need to constrain our body, speech and mind. And so in that way the precepts become a real protection that help us grow in a very good direction. And help us live together in a good relationship with other people. 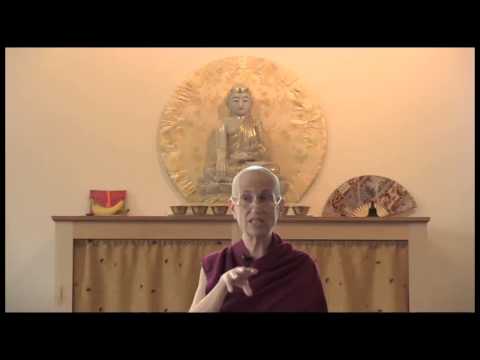 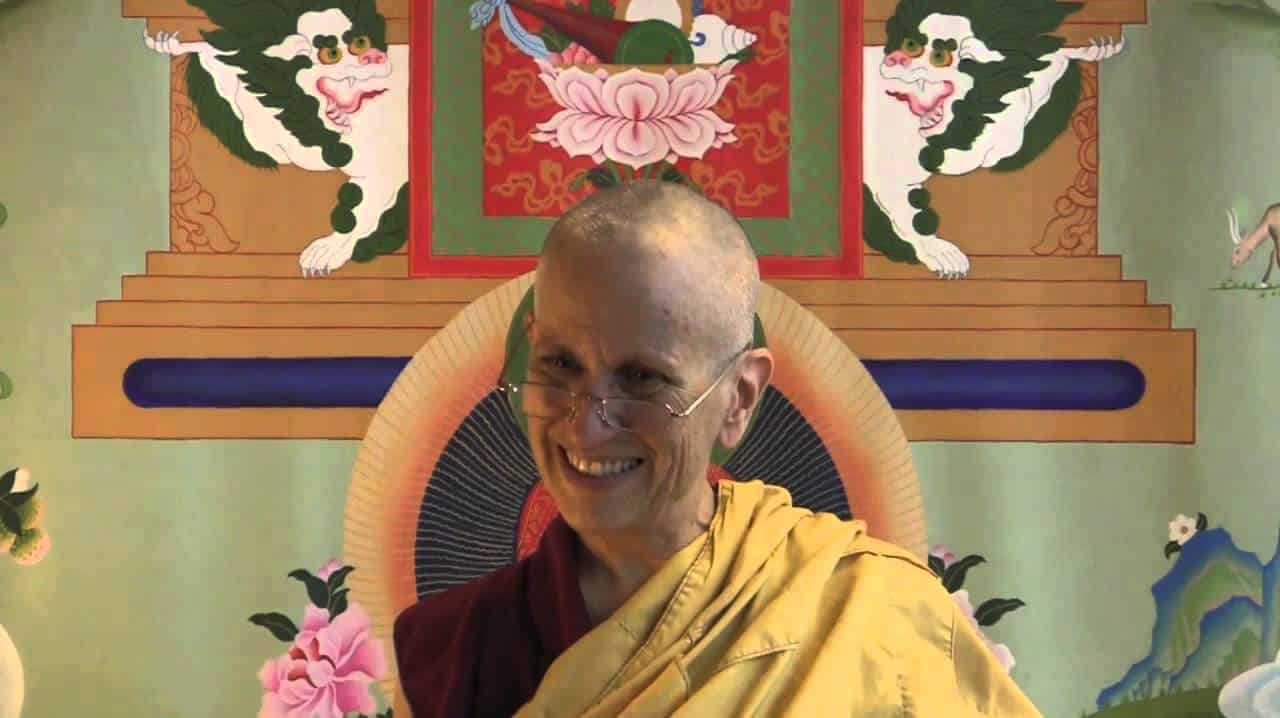