As close as a mother to her children

Preface to How to Free Your Mind 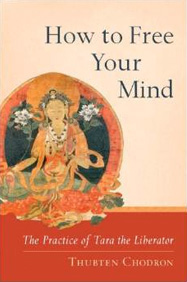 My Guru Serkong Tsenshab Rinpoche, who was also a guru of His Holiness the Dalai Lama, said that praying to Tara makes it easy to be reborn in the pure land of Avalokiteshvara, the Buddha of Compassion, and receive guidance from him. This is because Tara is close to sentient beings in the way that a mother is close to her children.

If you put your full trust in Tara, you will receive the guidance you need and all your problems will be solved, especially those that relate to each of the 21 Taras, each of whom manifested to alleviate specific problems. Therefore, each of these Taras exists for you.

Even I have experience of this. I once gave the practice of the 21 Taras to a student who had terminal cancer, and with the help of Tara he recovered completely and became a well-known healer.

However, it is your practice of the good heart—cherishing and serving others—that really brings Tara close to you. This is what pleases her most and allows her always to guide you.

Still, the 21 Taras do not exist mainly for temporal success and healing but for the ultimate purpose of freeing you from all sufferings—such as the cycle of aging, sickness, death and rebirth, dissatisfaction, relationship problems and so forth—and their cause: delusion and karma and the negative imprints they leave on your mental continuum, and bringing you to the ever-lasting happiness of liberation and full enlightenment.

Practicing the teachings contained in this book with the intention of reaching liberation and enlightenment will definitely lead you there.

Kyabje Lama Zopa Rinpoche, one of Venerable Chodron's teachers, was born in Thami, Nepal, in 1946. At the age of three he was recognized as the reincarnation of Sherpa Nyingma yogi, Kunsang Yeshe, the Lawudo Lama. Rinpoche’s Thami home was not far from the Lawudo cave, in the Mount Everest region of Nepal, where his predecessor meditated for the last twenty years of his life. Rinpoche’s own description of his early years may be found in his book, The Door to Satisfaction (Wisdom Publications). At the age of ten, Rinpoche went to Tibet and studied and meditated at Domo Geshe Rinpoche’s monastery near Pagri, until the Chinese occupation of Tibet in 1959 forced him to forsake Tibet for the safety of Bhutan. Rinpoche then went to the Tibetan refugee camp at Buxa Duar, West Bengal, India, where he met Lama Yeshe, who became his closest teacher. The Lamas went to Nepal in 1967, and over the next few years built Kopan and Lawudo Monasteries. In 1971, Rinpoche gave the first of his famous annual lam-rim retreat courses, which continue at Kopan to this day. In 1974, with Lama Yeshe, Rinpoche began traveling the world to teach and establish centers of Dharma. When Lama Yeshe passed away in 1984, Rinpoche took over as spiritual director of the Foundation for the Preservation of the Mahayana Tradition (FPMT), which has continued to flourish under his peerless leadership. More details of Rinpoche’s life and work may be found on the FPMT web site. (Source: lamayeshe.com. Photo by Aikido.) 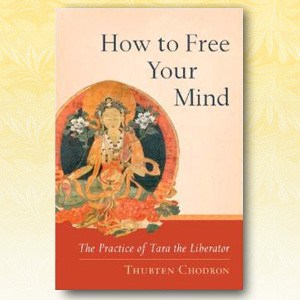 Reviews of “How to Free Your Mind” 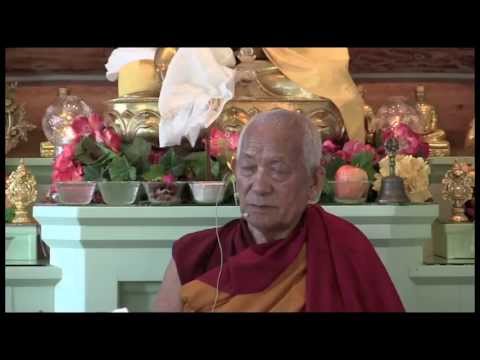