The final talk in a series suggesting how to modify the steps in a 12-step program to fit into a Buddhist framework.

So, somebody else wrote in yesterday to share some of his reflections about the 12 steps and Buddhism, so I thought that I would read you what he wrote. So he said:

As a former counselor, and a person in recovery from drugs and alcohol, and a Dharma practitioner, I have pondered for a long time on how to reconcile the 12 steps and all the “God” or “external power” talk in the steps, how to fit this in with Buddhism. I came to both Buddhism and 12-step recovery about the same time, about 13 years ago. And your talk was very helpful. To this day I don’t practice a traditional 12-step program. However, I do attend occasional meetings because, as they say in AA, the only requirement for membership is a desire to stop drinking. I find that when I feel I am isolating myself a bit too much and the self-centered thought and the self-pity are kicking in it’s good for me to reach out for human connection. The fellowship of a meeting discussing ways in a 12-step format on how to remain relatively sane and absolutely sober helps me to keep things in perspective.

So, he goes to the meetings when—and it’s nice, when somebody has that awareness of, “Oh, I’m isolating myself too much,” there’s the alarm bell that goes off and says, “This isn’t good for me, so I’m going to reach out to the meetings and use the fellowship.” That’s really good that somebody knows that about themselves.

After all I am just one sentient being and when I start wallowing in my own petty worries and fears, and then listen to others share about their struggles and solutions, it helps me to realize I am not the center of the universe.

In terms of the “higher power” concept in the 12 steps I once had an old-timer in recovery tell me, “I don’t care if you believe in God or not, as long as you realize you ain’t it.”

Another interpretation I’ve heard for the “higher power” is “G-O-D: Group of Drunks” as an acronym. Meaning a power greater than ourselves and that would be the fellowship of whatever 12-step meeting the person goes to.

And that’s the whole idea of having a Sangha community, too. Instead of isolating ourselves, there’s a group of fellow practitioners that join in and we give support and receive support.

Another way to look at “God” as an acronym in the 12 steps is “Good Orderly Direction.” For me that could mean living within the five precepts.

The moral inventory in the 12 steps I reconciled with Buddhism early on and I’ve been doing Vajrasattva as purification mainly because it includes the four opponent powers. But in terms of the external power stuff controlling our will, I basically discarded the steps that are not compatible with Buddhism years ago.

I have to say that I have tremendous respect for the 12-step meetings. I’ve seen throughout the years the life recovery has to offer a person suffering from the disease of addiction. It really has given people powerful, healthy tools to cope with life on life’s terms, at least in a conventional sense. At the end of the day, conventional recovery to the 12 steps says that the disease of alcoholism—or whatever addictions you may have—is treatable but not curable and a person will always have the disease.

You know, once an addict, always an addict. So, don’t say, “I’m over that,” because it’s going to sneak up and attack you. This is similar with our afflictions, isn’t it.

But conventional recovery is not Buddhist or Dharma recovery. And at the end of the day it is really Dharma that has kept me sober. Unlike the disease model in the 12-step program, the Buddha, Dharma, and Sangha offer me a way out of the addiction, the craving and the attachment of samsara, a way out of the negative afflictions that are the ultimate addiction.

And I think this is a really good point, that the 12-step programs are treating conventional addiction, how to just function in society, that’s the recovery model. Whereas a Buddhist recovery model is liberation from samsara, or the full enlightenment of Buddhahood. So they are quite different.

And it’s interesting, he pointed out, in the 12-step model you always have the disease, you never fully recover. In the Buddhist model full recovery is possible.

I can only speak for myself when I say that the Three Jewels, wisdom, and compassion are the ultimate cures for this addiction. After all, the 12 steps cannot offer me a path that will lead me to a state beyond all suffering or to full enlightenment.

I love your analogy in BBC of ourselves as the patient, the Buddha as the doctor, the Dharma as the medicine, and the Sangha as the nurses. Thank you for that.

It wasn’t my analogy. I heard it from my teachers. And I think it might be in one of the scriptures, I don’t know which one.

So, I thought that was very nice, somebody else’s reflection, because he’s been in the 12 steps as somebody who had drug and alcohol problems. And then he’s also acted on the other side, of being a counselor for people who have those problems. So, I thought his perspective was very good. 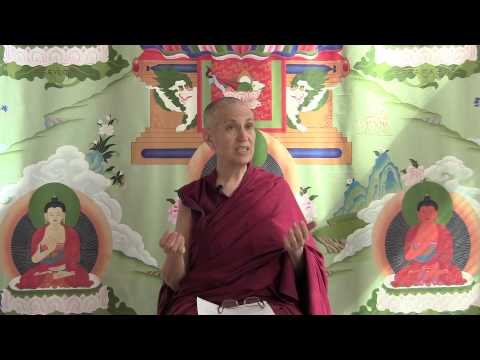 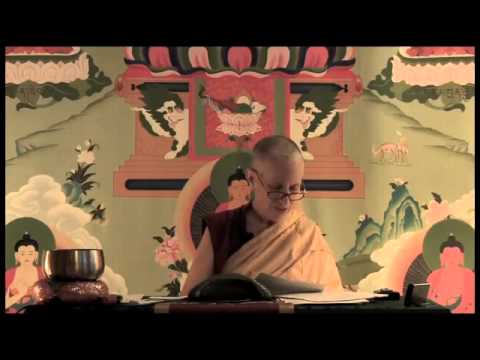