I thought this morning to share with you a phone call I had earlier in the day. One of the inmates that I corresponded with when he was incarcerated is out and he’s married now and they were expecting a child. The baby was about four months along and died in the womb, and they had to induce labor to expel the baby. And they were really upset and devastated because they loved this child even though they had never met face to face. So we were talking about it and I was saying to him that grief is a process of adapting to a change that you didn’t expect and didn’t want. So grief doesn’t have to be overwhelming, consuming and so on, it’s a process of adapting to that change that you didn’t want and didn’t expect. And then he commented that, yes, what they’re grieving is they had the idea of what the future was going to be like with this child and the child’s no longer there. And so we talked about how grief is so often for a future that’s not going to be. It’s not like we grieve the past, because the past is over and done with. And we can’t change it. We’re not grieving the present because it’s happening. But we have an idea of the future and what hasn’t even happened yet, and yet we’re attached to it, and then when that’s not going to be what’s happening, then we feel sad and feel grief. So it’s an interesting way to look in our own lives and recognize that that’s really what’s happening when we’re grieving.

I explained to him that the way karma works is they say that when we’re born we have kind of a karmic lifespan of how long we can live. But if there’s an untimely—the ripening of a very severe heavy karma in an untimely death then we die before that karmic lifespan has been fulfilled. So you might have a lifespan to live to be 80, but you’re in a car accident at 75, so you still have that little bit of karma there to live in a human life but it didn’t have the opportunity to ripen because in the previous life this heavy karma had ripened and caused death, so they say that in those kind of cases then when that person takes rebirth, often they’re reborn and then there’s a miscarriage, or a stillbirth, or the baby dies when it’s quite young because it just has that little bit of human karma left in that particular life to experience. And so I was really saying to him, please understand that this is a karmic thing on the part of the baby, and it’s not your fault and it’s not your wife’s fault. Because so often in cases of miscarriage or stillbirth or things like that people so much tend to blame themselves thinking “if only” or “if I had done” or “if he or she had done….” And I said all that way of thinking is completely useless because you can’t prove any of it and something like this is nobody’s fault. And that way of thinking—especially in terms of fault—is only going to create an unnecessary heaviness and distance between people in the family, whereas right now you really need to come together and support each other. Because everybody’s grieving the loss of this child.

Then we talked about also saying prayers for the child, you know, to have a good rebirth and precious human life and meet fully qualified teachers and attain enlightenment quickly. And Tim was very firm, he said several times in the conversation when we were talking about the Abbey making prayers for the family and for the child, he said “please also dedicate for all the other families who are experiencing this at this time, too.” He said, “I don’t want it to seem like it’s just me and my sorrow. But there are so many other families….” Because he said that the hospital said that 15% of pregnancies result like this. I was surprised that was so high. So there are a lot of people who understand this particular kind of grief. So we will dedicate for all of them, and for all of their children.

Then to take an experience like this, even as tragic as it is, and really use it for our Dharma practice. To remember that death can happen at any time and we don’t know how long we’re going to live, and it comes when you least expect it. And so therefore it’s important to be ready when death comes. And then death doesn’t need to be something fearful and frightening. It’s something we’ve prepared for. It’s a transition, just as being born is. And so to go on in our lives with hope and optimism and having learned from whatever happened in the past. 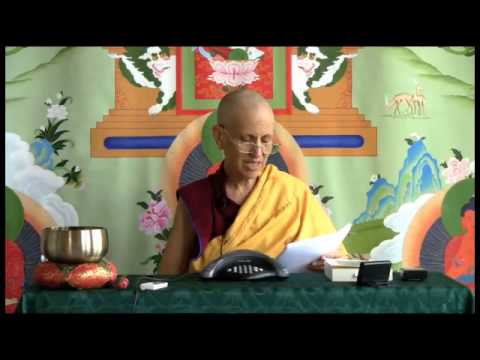 Commentary on the author’s introduction 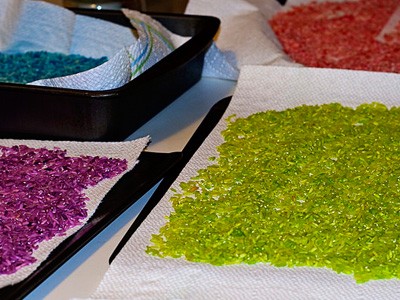