On June 4, 2011, Venerable Chodron and members of the Abbey community attended the Vesak Day observance of the Airway Heights Correctional Center Buddhist group.

Judy, the volunteer coordinator, laughs often. Clearly, she has a heart that delights in sharing, filled with loving kindness, as she helps incarcerated people connect to the Dharma. On June 4, Venerable Chonyi and I, visitors to the 16th annual Vesak celebration, pass through security and arrive in a room filled with peace and color. The room is pulsating with beauty and care—paintings on the walls, energized people, an altar brimming with offerings and a vibrant, multi-colored rice mandala with a red “tam” on the table. Keith’s newest “thangka” painting literally glows on the wall. Lama Lakshey Zangpo of Tsinta Mani Choling is sitting near Judy in his maroon robes, smiling.

The perfection of generosity is a mind perfectly free of attachment and stinginess, that joyfully, without any hesitation, wants to give.

From Steps on the Path to Enlightenment, Geshe Lhundub Sopa.

The men are allowed to use disposable cameras to take photos with the visitors. They have organized themselves so that each man has a number to pose with Lama, Venerable Chonyi and Judy, Tracy and me. Don makes sure that Kurt, who is in a wheelchair, moves to where he can see everything clearly. Tim facilitates this with a sense of care and community, and everyone works together toward harmony and fairness. Herb, Tom, Chris and so many others help make sure the day flows smoothly, peacefully, based on non-harm and doing good for others.

Not practicing ethical discipline for their own goals, intelligent ones see samsara as a faulty prison and wish all sentient beings were free from it…

Later, Kurt tells me he had such a bad infection that he was in the prison ICU for months, some of it in complete isolation, with only authorized medical personnel (fully masked and covered), to make contact with him. I ask how he got through all that, and he says, “The Sangha (Buddhist community) is what got me through—I knew the times they were practicing and did it with them in my mind.” Don, standing nearby, says, “I love that guy.” Kurt smiles and tells me that coming to prison and getting so sick is the best thing that’s ever happened to him. It woke him up and put him safely onto the Dharma path.

May I be able to accomplish the perfection of patience, so that even if all the beings in the three worlds become angry, say harsh things, blame, hit or even try to kill me, I maintain calm and respond only to benefit them.

We have a break and Tim reminds us all that the mandala isn’t finished and we intend to do that before Tsok. Many head over to the table and gather around, pouring brilliantly colored rice from small plastic bags into the mandala stencil on a large cloth. Content, focused voices, float all around, “we need more dark blue over here” and “I think this area is white, not gold” and “is there any more red rice opened already?” and “Here’s the one you are looking for.” In the happy chaos, peace arises; doing this together, and all at once the mandala takes shape, shining with our collective joy.

Like a child enjoying the happy fruits of play, a bodhisattva is attracted to whatever action he or she is engaged in at the time. Their joy in the activity is never satiated.”

No matter how much happiness we experience as a result of our practice, it is never enough. Looking for more and more happiness until we reach the highest bliss makes us tireless in creating the cause of happiness.

Geshe Sopa, Steps on the Path to Enlightenment

Joshua, a young man, reads something he has prepared especially for the day. He is a big guy, moving about with working-class dignity. He stands in front and with intense concentration recounts how he has helped homeless families and how good that made him feel. He ends with a firm commitment to practice generosity, to practice this path. His determination and focus are palpable.

May the unmistaken realization of shamata arise in my mind, for the benefit of all beings.

Lama Lekshey leads us all in the Tsok celebration. We focus on the reality that all the substances, which appear as loads of donated yummy cookies and grape juice, are empty of any solid separate inherent existence, are transformed into blissful wisdom nectar, much of which is then generously given out to those who want more.

Balancing the rules of the institution with the requests of incarcerated people, the chaplain, who, by his own description is “a Bible-thumping Christian,” helps in every way to make the day go well for these men studying Buddhism. He walks a delicate line and uses his wisdom. At the last break, I am so happy, when Joshua, in his growing wisdom, asks when he can take refuge and the five precepts from Venerable Thubten Chodron.

Wisdom is the root of all visible and invisible good qualities. Therefore to accomplish both of these, we must have wisdom.

To the men of Airway Heights Correctional Center: When you carry yourselves with so much dignity, compassion and care, we, here at the Abbey, feel happy to see such goodness in this troubled world. Thank you. (With apologies for names forgotten or not learned.) 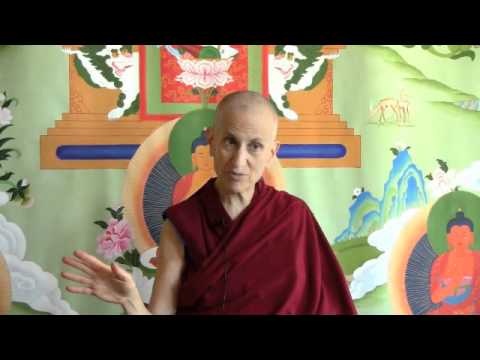 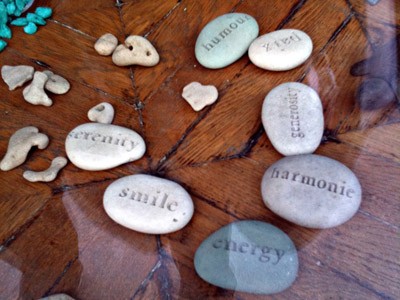