R. S. has been in a situation of being taunted and egged on by others in the prison. According to prison ethos, he should strike back and stick up for himself: to do otherwise is cowardly and makes one susceptible to being beaten up. Here’s how he’s dealing with it.

After much thought, I’ve limited myself to basically two responses to my situation. One is to explode and cause much harm to one or more individuals and stand in that image with all of its shortcomings and problems. The other is, when it gets beyond my ability to cope, to retire to isolation in protective custody and while there, focus on meditation and growth. Protective custody (which usually means solitary confinement) isn’t utopia by any means, but might prove to be a bit more in line with what I believe in.

I’ve been reading two magazines lately, Mother Jones and Utne, and have met many sincere and dedicated individuals who stand solidly in what they believe in, whether it’s anti-globalization or pro-alternative, renewable resource management, or nonviolence. They are doing so by living those ideals. So I get to see not only certain Dharma practitioners living morally, spiritually and beneficially, but also those claiming no sect but just wanting what’s best for all of us and living what they speak about. Quite powerful.

Since I am attempting to live the Dharma, how could I do so without practicing nonviolence and compassion? Simple thought, I know, but to live it even in the face of peer pressure and the label of “coward” is powerful, scary, sincere, liberating, and honest.

Sure, how others think of me still affects my immature mind, but am I willing to harm myself and countless others in an attempt to stop others’ intangible, ever-changing thoughts about me? It’s frightening to think how easy it would be to continue the vicious cycle of harm, especially in here and especially when that’s exactly what’s expected of us in here.

It is possible that my one act of violence could affect many levels of life, such that it would naturally cause me and the one I harm temporary suffering, as well as long-term suffering with the propensity to continue harming. It could give the parole board reason to not release any incarcerated person with institutional infractions, thereby keeping more people locked up, which would overcrowd prisons. This, in turn, would create the need to build new prisons, which would require money that could be used for education (like happened here in 1995-2000). This would hurt not only children’s education, but also the future of communities. The large construction/destruction which is needed to set up new prisons would also environmentally alter and destroy certain ecosystems.

It’s a stretch, but it sounds a bit realistic, and I do not want to help in creating those kinds of problems. I have enough to work with without adding fuel to the fire.

My urge to strike out physically still lurks in a dark corner, just waiting for the right time to present itself, but by thinking of these different levels of effects and different recipients of those effects, it is at least possible for me to keep that harsh thought from seizing control and wreaking havoc. I hope I’m able to live up to this and not react harmfully in here. 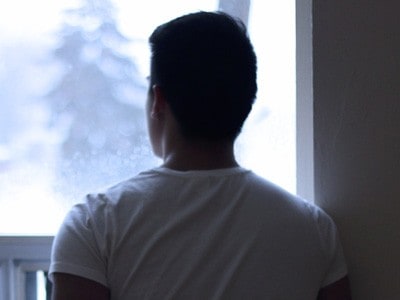 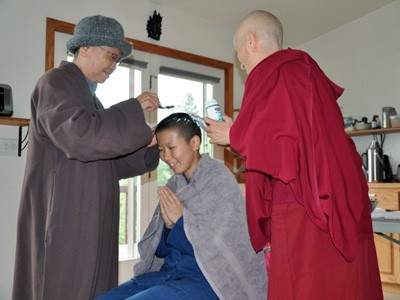 Letter to those considering monastic ordination