Two or three years ago, I made a decision to help other people since I wasn’t quite sure what I was supposed to be doing. Basically my question was, “Since we’re born, produce waste, and die, what’s the point?” I decided that the point was to try to improve the world, to make it better than how I found it. I decided that helping others was the quickest means to achieve this. But then this month happened.

There is a study group that I meet with, and lately I had been getting harsher with them, but I hadn’t noticed. What I did notice was my aggravation about very little things after our meetings. As I grew more and more spiteful, I finally noticed it. Initially I brushed it off as frustration and moved on, but then I was still getting angry at really petty things. So I knew something was wrong.

I sat down to find out what was really going on since I was sure that these so-called “infuriating scenes” weren’t the cause of my anger, but the effect of it. Here’s what I found out. I tracked the anger back: I was angry because I was frustrated. Okay, no surprise there. I was frustrated because I was bitter. Little bit of surprise. I was bitter because I felt people were taking advantage of me. Surprise!!

The surprise was that I generally don’t let a situation of being taken advantage of to even arise, let alone continue. So I had to investigate more.

I felt I was being taken advantage of because here I was dedicating my life to helping others improve and they were not improving! How dare they! Well, once I knew that “they” had a problem, it all fell into place pretty quickly. They had to improve to catch up with me. Basically I thought I was better than everyone else and I was being compassionate to take time out of my busy schedule to help them improve themselves—to help them catch up with me. Wow.

What did I do to resolve the issue? I just sat there and admitted, based on the evidence, that I felt I was better than everyone else. I didn’t try to fight it, I didn’t justify it, all I did was admit it. And that state of acceptance was really relaxing and cleansing. It wasn’t right or wrong. I wasn’t good or bad. It was just true, a historical fact. There wasn’t anything to dispute or argue about, and that was very liberating.

So not only did I find the root of my anger in that situation, but also I had a very nice experience from doing so. Very rewarding.

Venerable Thubten Chodron’s comment: What you did is the real meaning of “practicing Dharma.” That’s what Dharma is all about. You counteracted destructive emotions in your mind—in this case anger and arrogance—and got your mind back to a clear, balanced state. 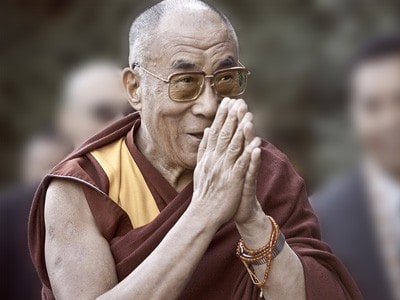 What I learned about Judaism from the Dalai Lama 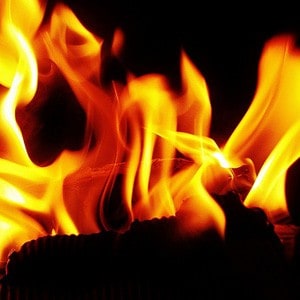 The extinguishing of fires