I had a wonderful experience right after the Cloud Mountain retreat…

During your teachings on death and impermanence in one of the first days of the retreat, you asked us to think about what possessions we might want to hold onto until right before the time of our death. You mentioned someone who had given away everything except his books, which were most dear to him, and which he gave away only right before his death. Well, the thing that came most clearly to my mind during that meditation was a crystal cross that I had given to my Catholic grandmother many years ago for Christmas. She had it for many years, and kept it by her bedside as she was dying of lymphoma. After her death, my aunts gave the cross back to me, saying my grandmother wanted me to have it. It was very dear to me because of my relationship to my grandmother, and I thought I’d have it for the rest of my life. I kept it in a small wooden box in my bedroom.

When I got home from the retreat on Sunday afternoon, my fiancé told me that we had been burglarized earlier in the week. The police had been notified because there was some damage that we wanted to report to our landlord, but my fiancé told the police nothing had actually been stolen. He told me to look around to see if I noticed anything missing that he had not. I looked around … everything of “value” seemed to be there … stereo, CDs, computer, etc. However, I knew instantly what was probably gone.

Yes … it was that small wooden box that contained my grandmother’s cross. It was no longer there.

But do you know what my reaction was? After a split-second of sadness, my true, pure feeling was that the individual who took it needed it more than me, and I sincerely wished that person love and compassion. My reaction shocked me (not to mention my fiancé!), and I have been practicing and meditating on that experience (and the other teachings of the retreat) since. It has been such a wonderful lesson on so many different levels, and I am so thankful. 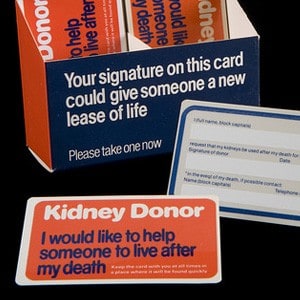 Organ donation is a personal decision 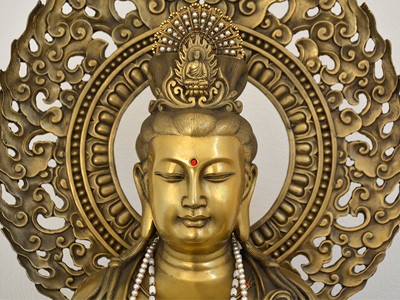