In this age of medical technology, many people ask about donating their organs at death. Is it recommended from the Buddhist point of view?

First, it’s important to note that this is an individual choice. Each person must decide this for him or herself, and people may make different decisions, without one choice being right and the other wrong.

Two factors to consider when making this decision are:

In response to the first, unlike in some religions, in Buddhism preserving the integrity of a dead body is not important. Buddhism does not believe in the coming of a messiah or a bodily resurrection at that time. Thus, removing organs is not an issue from that point of view. 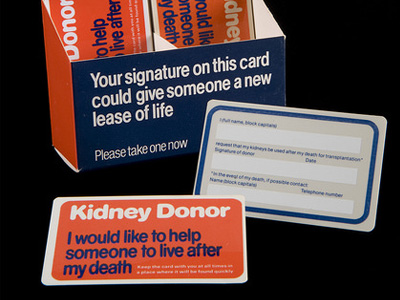 Organ donation is an individual choice. Each person must decide this for him or herself. (Photo by Wellcome Images)

On the other hand, some people have very powerful compassion and wish to donate their organs even if it could disturb their consciousness at the time of death. Such compassion for others who could use the organs is certainly admirable.

Thus, it is up to each person to decide, because each person has different concerns and capabilities. Someone who feels that his or her mind or meditation practice may be weak at death may prefer to not give their organs in order to avoid possible harm to their future lives. Others who have a strong meditation practice may not be concerned with this. Those with strong compassion may be willing to risk possible danger to themselves in order to benefit others. Each of us must look inside honestly and choose what we consider best according to our capabilities and level of practice.

A chosen life
A treasured possession