The subtleties of truthful speech

The subtleties of truthful speech

During retreats, we have a discussion each afternoon about a topic that pertains to practicing Dharma in our daily life. One such discussion was on the topic of lying, which turned out to be a big topic as we reviewed our speech and discovered the various ways in which we deceive ourselves and others. None of us likes to think, “I lie” let alone, “I am a liar.” Instead we say to ourselves, “I said what was necessary not to hurt someone else” or “I explained this in a way the other person could understand.” But when we are honest we know our intention was to deceive others in order to protect ourselves.

With “big” lies, we try cover up an action we did that is unwholesome, so there is double trouble: the initial unwholesome action, then the lies we tell so that others won’t know we did it. This, of course, gets complicated because we have to remember what lie we told to what person. Usually people find out we lied and lose trust in us.

But with more subtle lies, we tell the truth about doing a certain action but are not truthful about our motivation for doing it. Sometimes our motivation is unclear even to ourselves, but instead of admitting that, we say something to make ourselves look good. Other times we know our actual motivation but don’t acknowledge it, and instead say something else so that the situation turns out the way we want. After the retreat, Leah wrote Venerable Chodron the following email about such a situation. Venerable Chodron appreciated Leah’s honesty as well as her determination to be completely truthful to herself and to others in the future.

I hope it’s ok to take a couple minutes of your time to share something that occurred to me during our Dharma discussion in the car driving home. You may know that I skipped the discussion group each day to do my ngondro practice of offering mandalas. I noticed I was feeling uncomfortable about that and now see that feeling that way is a clue that something is wrong.

As we were continuing the discussion about lying, it came to me that my getting permission from Venerable Tarpa to skip the daily discussion group entailed lying. While it’s true that I wanted time to do the mandala offering practice, what is also true it that the discussion sessions have always been uncomfortable for me. My mind goes into major criticizing mode, feeling like many people are just telling their stories as ego trips. This is a really painful state of mind and so out of control. I don’t want to be thinking like that, but it just comes and comes. Also, I have difficulty feeling like I can get any real depth on the discussion issues. And I go into about age 12 or 13 mentality when forming groups, feeling like no one wants me in their group.

So as you can see, the mandala offerings were really an excuse for skipping something I find difficult and unpleasant. I didn’t consciously lie about that, but upon reflection I see that it was deceptive and inauthentic. Had it been a session or event that I really wanted to participate in, I’m sure I could have made do with just a few mandalas each day or found some other time for that.

And, finally, as I was working with this while prostrating to the 35 Buddhas this morning, I realized with horror that the lie was really to my teacher so that makes it quite major. So, I have lots of work to do on that. What an eye opener this was.

Thank you and I won’t be doing that again and will try much harder to investigate my motives. 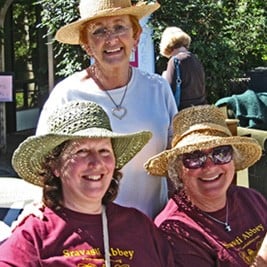