Buddhist wisdom on violence and reconciliation

Buddhist wisdom on violence and reconciliation

Sravasti Abbey is located just an hour north of Spokane, home of Jesuit-sponsored Gonzaga University. According to religious studies professor Dr. John Sheveland, the Catholic Jesuit tradition has advocated interreligious education throughout history. In his belief that such dialogue is crucial to an understanding of the world, Dr. Sheveland invited Venerable Thubten Chodron to speak to a mixed audience of students and townspeople on violence and reconciliation. He followed her teaching with remarks from the Catholic perspective.

After leading the audience in meditation and setting a motivation, Venerable Chodron began. The following is a précis of her hour-long talk.

This is already part of our problem. We think suffering in the world comes from outside, from other people. We are always benevolent and kind, aren’t we? Okay, we get angry once in a while, but our anger is justified. Our anger corrects social ills.

We think our happiness and suffering come from others, so we’re constantly trying to navigate and manipulate how others should be. But we can’t control other people, no matter how hard we try. The only one we can change is ourselves.

We seldom look within to ask, “How am I violent?” We all have our own way of terrorizing others, don’t we? We can ask, “Where do my own violence and cruelty come from? Or my own anger?”

In fact, the anger is in me. As long as I have anger, I’m going to find an enemy. We usually think that enemies are outside of us, but we only have an enemy when we see someone as an enemy, when we label the person that way.

When we feel we’ve been harmed, our strategy is often to be mean and cruel to the other person until they decide that we’re loving and kind, and that we’re right. This is also our national policy, isn’t it? We’ll bomb you until you realize that we are good and kind and you see things our way. Does that strategy ever work, personally or nationally? As soon as someone experiences suffering at our hands, they’re not going to see us as kind. In the same way, if someone harms us, we don’t see them as kind. We can intimidate people or overpower them, but that doesn’t mean they’ll like us.

That’s why His Holiness the Dalai Lama says if you’re going to be selfish, be wisely selfish and take care of others. If we harm others, we have to live with people who are miserable and unhappy, and living with miserable people is not fun. But if we care for others, they’re happy, and that makes us happy.

We live in an interdependent world. In fact, we’re more dependent on other human beings now than ever before in human history. In olden times, people grew their own food, made their own clothes, but that’s not so today. Everything we have and do comes from the effort of other people. Why do we think we don’t need other people? That’s so unrealistic. We have a hard time recognizing our dependence on others, and in our self-centeredness, rarely ever think to say thank you.

We live in an interdependent world; therefore kindness and compassion are the antidotes to violence and the keys to reconciliation.

Sometimes people think if you’re kind and compassionate, other people will take advantage of you. We think we need to protect and defend ourselves, that it’s not safe to be kind.

We need to look at what compassion is. Being compassionate doesn’t mean that you roll over and let people take advantage of you. Compassion is the wish for others to be free of suffering and the causes of suffering. Love is the wish for people to have happiness and the causes of happiness. So we’re wishing others well. What’s unsafe about wishing others well?

Compassion and kindness also don’t mean that we do everything everybody wants. We have to think about what happiness is, what suffering is, and what are the causes of both. Sometimes when you really care for someone, you have to do things they don’t like. Parents know this very well. Being kind and compassionate is not about winning a popularity contest—actually, it can be quite difficult. Compassion takes a lot of inner strengths and you have to think long term. Compassion is not for wimps.

Violence really is wimpy. You get angry, something arises in your mind, you make no effort at controlling it, and you take it out on others. That’s a total lack of inner strength and courage—the courage to hang in there and try to really listen to someone who is different from you.

I’d like to read what the Buddha said about this from the Dhammapada.

If we thoroughly release ourselves from such thoughts as “They harmed me, they mistreated me, they molested me, they robbed me,” hatred is vanquished.

Never by hatred is hatred conquered, but by readiness to love.
This is eternal law.

Don’t we all have an example in our minds? “They harmed me. They mistreated me. They molested me.” We can go on and on about the horrible things other people have done to us. We hold tightly and even create an identity around these, and our hearts are filled with hatred. We can hold onto the hatred for decades. We think we’re punishing people by hating them, but you know what? They’re oblivious. They’re out having a great time. When we hold on to grudges, who suffers? We do. We can hold on to the suffering for years and years. And we teach out children to hate, because when parents hold grudges, the children learn to do it too.

Forgiveness is letting go of anger and hatred. It doesn’t mean that you’re saying what the other person did is okay. It may not be okay, but you forgive because you want to be happy, and you realize that holding onto anger and grudges makes you and the people around you miserable. You can even look at atrocities like the Holocaust and forgive. It doesn’t mean you forget, but you can forgive.

When we forgive others, there’s peace in our hearts. Reconciliation and forgiveness have to begin with us becoming aware of our own internal process and realizing, as the Buddha said, that hatred is not conquered by hatred. It’s conquered by love and wishing others well.

The people who have harmed us did what they did because they were trying to be happy and were confused about what the causes of happiness are. So it actually makes more sense for us to look at the people who harmed us and wish them happiness. If they were happy they would behave differently and we would be the beneficiaries.

So these are things to thing about, and it involves some deep introspection, really looking at our lives, and asking ourselves some serious questions. It takes a lot of courage and internal strength, but it really pays off.

Gratitude. First let me express my gratitude to you Venerable and to the other nuns and students of Sravasti Abbey who’ve made the trip to Gonzaga from Newport. We’re very glad for your visit. Interfaith dialogues usually find their first and greatest impetus in friendship rather than in the world of ideas and concepts. We hope to see you here many more times, as a teacher but also as a friend.

I’d like to offer three remarks, and to do so as quickly as possible, so that we have plenty of time for what promises to be a stimulating question-and-answer period. First, the Roman Catholic and Jesuit rationale for interfaith dialogue; second, the wisdom Christians might gain from the Buddhist understanding of impermanence; and finally the call for solidarity in the face of violence.

Yet as we know too well, and as the Jesuits observe in their Decree on Interreligious Dialogue, Christians themselves have been and continue to be active agents of division, exploitation, and violent conflict. We need not look long or far for evidence of the degree to which we have less than fully appreciated the command to love our neighbors, to pray for those who persecute us, and to regard all persons with their God-given dignity and nobility as creatures whom God creates, covenants with, and redeems as members of the body of Christ. Might the very substantial Christian warrant for non-violence be animated, reinvigorated, seeded by and find focus in dialogue with Buddhist brothers and sisters?

Let me close with a few more verses, this time from Santideva’s Guide to the Bodhisattva Way of Life, a classic 8th century author and text from the Mahayana tradition, which gives instruction on how to stabilize the mind from afflictions and wrong views, to perceive the fundamental equality of self and others, and to respond appropriately with compassion.

90. One should meditate intently on the equality of oneself and others as follows: “All equally experience suffering and happiness. I should look after them as I do myself.”

91. Just as the body, with its many parts from division into hands and other limbs, should be protected as a single entity, so too should this entire world which is divided, but undivided in its nature to suffer and be happy.

92. Even though suffering in me does not cause distress in the bodies of others, I should nevertheless find their suffering intolerable because of the affection I have for myself,

93. In the same way that, though I cannot experience another’s suffering in myself, his suffering is hard for him to bear because of his affection for himself.

95. When happiness is liked by me and others equally, what is so special about me that I strive after happiness only for myself? 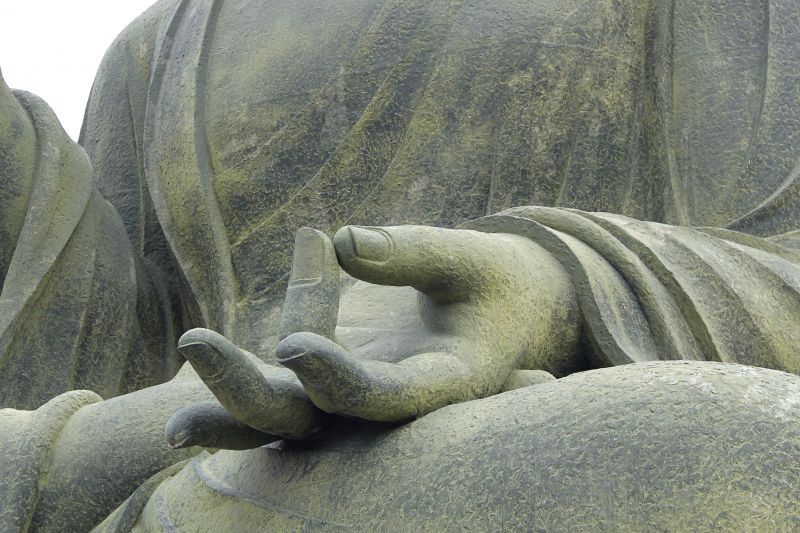 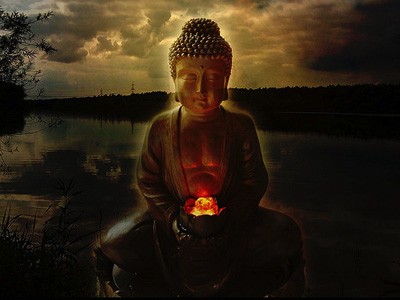