The liberation of self-forgiveness

The liberation of self-forgiveness

As I sit here collecting my thoughts and preparing to write on the topic of self-forgiveness, I find myself very thankful for the ability to write on the subject. It means that I have come to a place in my life where I have overcome a most crippling wrong view of myself and let go of my self-hatred, as well as opened a door to the beginning of having compassion for all sentient beings.

When I was a child I always saw myself as one who was inferior to others and one who would never amount to anything in anyone else’s eyes.

As I grew older I confirmed this view of myself by undermining my every attempt at accomplishing anything positive. Soon I came to hate everyone around me. At the time I did not realize that I was growing to dislike myself more as I did increasingly criminal acts. I always thought that my pain and misery was caused by others and their hate for me.

I came to a point in my life after 24 years in prison where I was forced to look into my own heart and mind or die.

I had just been caught for my third escape from prison and was looking at many more decades of imprisonment when I was filled with grief and misery and shame. I wanted to kill myself. Fortunately, it was at that point that I started to look inward, to really examine myself and try to come to some understanding as to who or what I was.

At first I could only see myself as a monster who preyed on the weak and took advantage of those who were ignorant of criminal ways and schemes. This only served to increase my self-hatred and continue the cycle of self-abuse and accusation. It only lasted about a year and was very emotionally draining.

After a year of misery and trial and failure to establish some kind of emotional stability, I wrote a letter to a person I thought would be safe to share my inner pain and turmoil. He wrote back to me and shared that it was apparent that I wanted to stop the violence in my life, but did I realize that self-hatred is also a type of violence and even more destructive than hurting others?

This was like a revelation for me because I could see how my self-hatred was also a way I used to avoid the real issue of letting go of the anger and ignorance in my life and letting my pure nature come forth and cease the violence.

It is a clever little trick that we use to deviate from the real issue of inner reflection, this self-hatred, and it is also an illusion that serves no purpose in growing with compassion for others.

Once I realized this I took to facing everything that I had done to others and myself as my mind brought them up in meditation or daily thought. At first I could not disassociate the paralyzing guilt and shame that came with recognizing my wrongs (another trick to keep myself from working through this problem I am sure). But I forced myself to say, “OK, you did this and it was wrong. But worse is ignoring and not acknowledging these wrongs in order to let them stop having their power of you”

Soon I was able to recognize and acknowledge the things that I had done out of ignorance, anger and greed and see them as part of something that at its essence is not truly me.

That we get confused, lost, and overwhelmed as we try to live a life that is full of illusion and distraction from our true existence is a fact. That we can overcome this confusion, this feeling of being lost and alone and overwhelmed is also a fact. As my teacher has recently shared with me, “We have a basic nature that is pure of heart and mind and untainted.” What happens as we get caught up in the illusion and the cycle of self-hatred is that our pure nature gets obscured like a blue sky that has billowing clouds covering it. The sky is still blue and pure, but we must remove those clouds to see the blue sky clearly.

So, this all came as a realization and as it unfolded over a number of weeks I was able to forgive myself and stop the violence of my self-hatred. I still have feelings of a kind that I realize is empathy for those I hurt and I am now able to focus on relating to others going through the pain and suffering of not being able to forgive themselves.

I feel a sense of “freeing-up” from something that has kept me as a prisoner in my own mind. I also have a sense of purpose beyond myself that is at times awe inspiring and definitely peaceful.

People in prison have a capacity to reach others caught up in suffering that may well be as strong as anyone ever come to self-realization and self-forgiveness because of all we have been through and put others through. Keep seeking to know yourself. Keep looking at those things that are most painful in your life and remember you are certainly not alone nor a monster, but one who has forgiven the wrongs done to self as well as others. 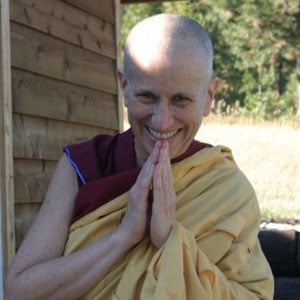 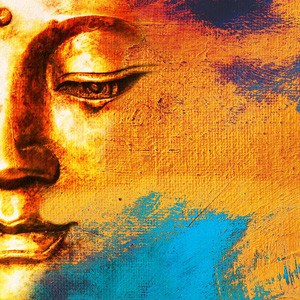 The advantages of cherishing others